Celebrated every year in reverence of Lord Shiva, Mahashivaratri is a popular Hindu festival, which falls on the Chaturdashi of every Hindu lunar month. This year, the auspicious day is falling on February 24th. On this day, devotees throng Lord shiva temples in large number. They observe fast, offer wood apple leaves, milk, and water to Shiva linga and chant “Om Namah Shiva”.

According to Hindu calendar, the day holds utmost significance. It is an opportunity given to them to rescue self from the darkness of ignorance and achieve a higher level of divinity with worship.

Believed to be the day of convergence of the divine powers of Lord Shiva and Shakti, this day also affects the planetary position in the universe. According to the classical text Nirnaya Sindhu, devotees should eat only one meal on the day precede the night of Chaturdashi. The classical text claims that fasting on this day can help you control two natural tendencies: Rajas Guna and Tamas Guna and lead you to a happy life. 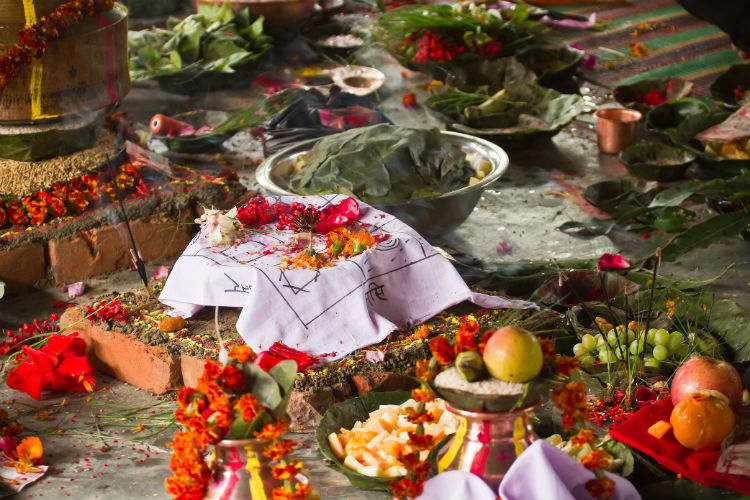 Rajas Guna, refers to passion, while Tamas refers to ignorance.

According to experts, it is believed that on this day the planetary position in universe evokes the spiritual energies. Thus, performing meditation and prayers in this Kaal Chakra can absolve humans of all their sins and also lead them to the moksha.

Many mythological legends are associated with this festival. The most famous of these is the legend of Neelkanth.

To protect Lord Shiva from the harmful effect of the poison, other gods were asked to keep him awake for the night by performing dance and playing music. At last, the poison didn’t harm Shiva, but turned his neck blue, after which he also became popular as Neelkantha. Since then, that night has been marked as Mahashivratri.

Another legend also describes it as marriage anniversary of Lord Shiva and Goddess Parvati. Whatever legend the festival is associated with, Hindus around the globe celebrate it with complete fervor.