Associated with the worship of the sun and fire, the popular Punjabi festival ‘Lohri’ is celebrated on January 13 each year. There are many legends behind the name ‘Lohri’. Some believe that the name came from the word ‘Loh’, a thick iron sheet known as tawa, used for baking chapattis for community feasts.

Another legend says the festival has derived its name from the wife of Sant Kabir. According to ancestors, it marks the end of winter on the last day of Paush, and beginning of Magha, when the sun changes its course. For every Punjabi, the festival is the most special day of the year, which he/she celebrates with complete fervor.

Here is all you need to know about it. 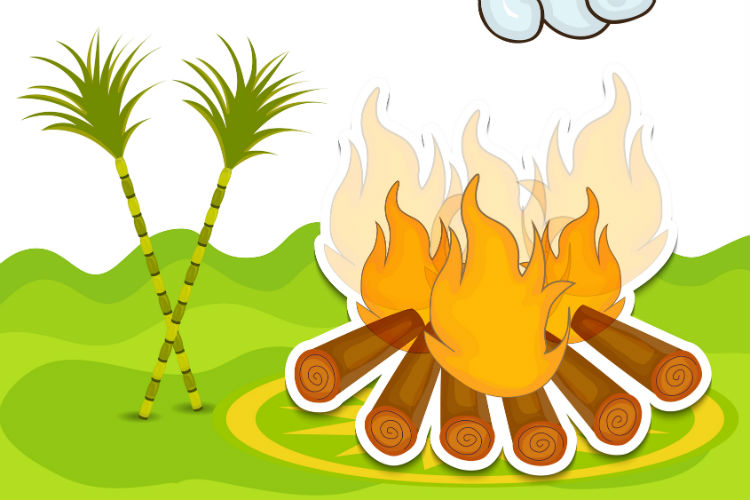 Why is Lohri celebrated?

It is a harvest festival, celebrated during the harvest of the Rabi crops. The holy book of Sikhs — ‘Guru Granth Sahib’, describes it as one of the most auspicious time of the year and says that any person who meditates before Lohri’s bonfire fire will be blessed.

While doing ‘parikramas’ around bonfire you must have heard women singing “Sunder mundriye ho!” Sunder Mundriye — is actually the tale of a man called Dulla Bhatti, who is said to have lived in Punjab during the reign of Mughal Emperor Akbar. According to legends, Dulla Bhatti used to steal from the rich and helped poor.

With this money, he then went on to arrange marriages for the girls of poor families to eligible boys of the village. Amongst these girls were Sundri and Mundri, who have now come to be associated with Punjab’s folklore, Sunder Mundriye.