Pasta is a magical force that unites us all and on World Pasta Day, we’re going to tell you a tale about a quaint little island in Italy that makes the world’s rarest (and tastiest) pasta — Sardinia.

The BBC engaged in conversation with a local resident, Paola Abraini from Nuoro, who is one of the few people who knows the recipe. The dish is so difficult to prepare that for 200 years it was not served to the general public! In fact, this is one of the most at-risk foods of becoming extinct, largely because it’s one of the most difficult pastas to make! This 62-year-old grandma revealed a lot about the pasta recipe that has been Sardinia’s secret for the past 300 years. Here’s what she had to say: 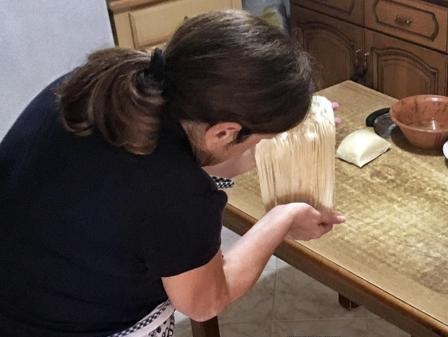 I’ve been making pasta for 20 years and I’ve never seen anything like this. Many people say that I have a secret I don’t want to reveal but the secret is right in front of you. It’s in my hands. There are only three ingredients: semolina wheat, water and salt. But since everything is done by hand, the most important ingredient is elbow grease. You need to understand the dough with your hands. When I feel that it needs to be more elastic, I dip my fingers into a bowl of salt water. When it needs more moisture, I dip them into a separate bowl of regular water. It can take years to understand- it’s like a game with your hands but once you achieve it, then the magic happens.

After this, the layers are hardened into fine sheets of white razor-thin threads that look like stitched lace, placed in boiling sheep’s broth with topped with grated pecorino to get that perfect Sardinia taste- allegedly the best in the world! 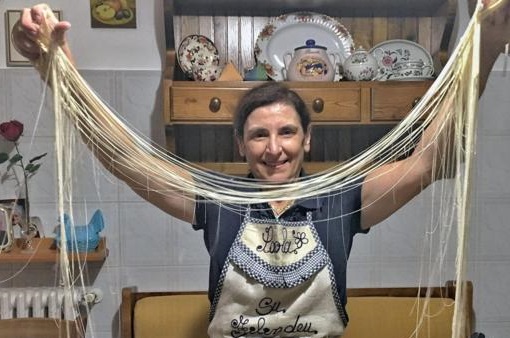 After hearing that story, wouldn’t you want to try this rare pasta? Tell us what you think!