Recently, BJP MP Ramesh Arora said that eating momos can be life threatening and that it should be banned. In fact, he claimed that momos contain Ajinomoto, a type of salt which can cause some serious diseases including cancer. But it seems like you just cannot take momos out of a Dilliwala and vice versa. When the proposal to ban momos was made by the BJP leader, Twitterati lost it completely and trolled him mercilessly for making such bizarre statements. Well, you will be surprised to know that people are just not ready to back down and have come up a new and interesting way to voice their anger against the momos ban proposal.

Yes, you heard that right. The DFW has shared the competition details on their ‘s Facebook page, with a caption:

”In the wake of recent slur over Momo Ban, we present to you the Momos Eating Competition. Who knows this could be a farewell to Delhi’s favorite Tibetan dish? So register and drop in, to show your solidarity with your favorite momos at Dolma Aunty Momos, Lajpat Nagar. Calling out to all the momo lovers, to compete and win this game of momos!” 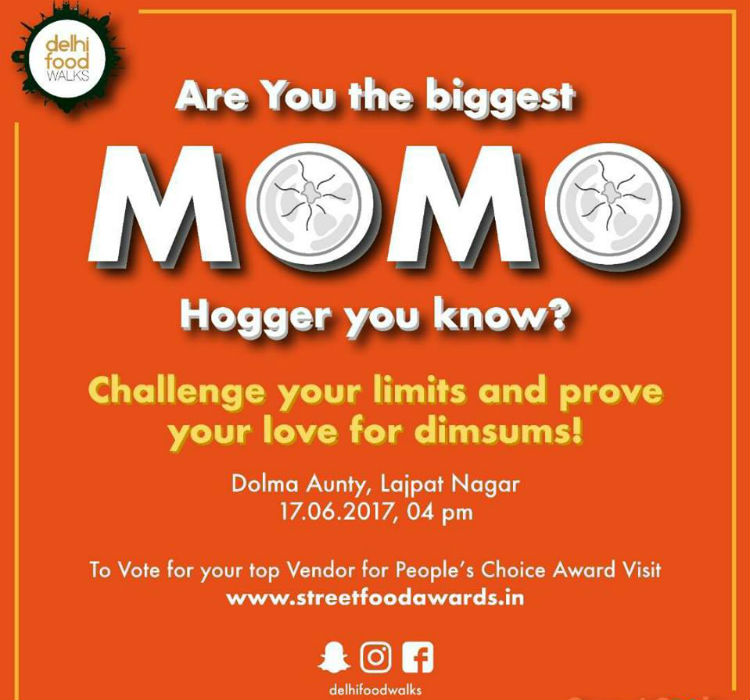 So far, approx 250 people have already registered for the competition and all the momo lovers are going crazy about it. The competition will have both veg and non-veg streamed moms and the person who will eat the maximum number of momos in one minute will be declared as the winner. Not only this, he/she will also be awarded a certificate.

Are you ready to be the ultimate momo eating champion in Delhi? Click here to register for the competition.