Ranveer Singh is one of the most sought after actors in the Bollywood industry. The actor enjoys a huge fan following. Lately, he has been news for his role in Sanjay Leela Bhansali’s film Padmavati. Ranveer, who will play the role of king Alauddin Khalji in the film is sweating out in the gym. The actor has worked out hard in order to stay fit and look as per his role. He has been leaving no stone unturned to get a massive yet chiseled body.

The actor has undergone extensive workout regimen so as to prepare for the role. He never misses his workout routine and despite a hectic schedule he always ensures to hit the gym regularly. Ranveer Singh shared a picture on his Instagram account that left his fans speechless. 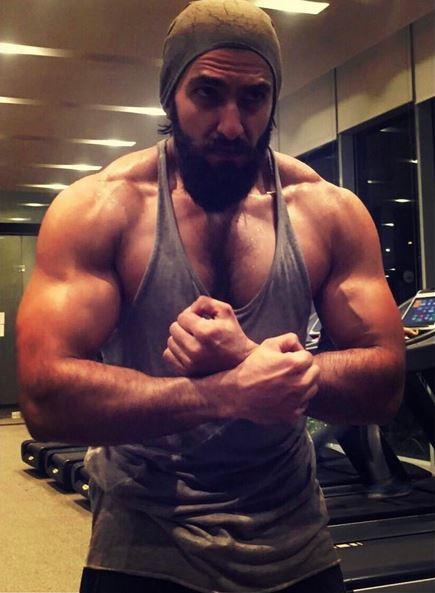 The dedicated actor underwent a massive transformation for his role. From lean and mean body, we can see that he has opted for a beefed up body. His trainer Lloyd Steven has always encouraged Ranveer to get into an exhaustive workout routine.

Here are a couple of videos of Ranveer Singh on his trainer’s social media account wherein the actor can be seen pushing his limits. Watch the videos below:

On the work front, Ranveer Singh has already started shooting for Sanjay Leela Bhansali’s historical drama Padmavati. This is the third time Ranveer will be working with Deepika Padukone. This time they are joined by Shahid Kapoor as well. The movie is one of the most sought after films of the year. It is being said that the movie will release in November 2017.