Ranveer Singh and Shahid Kapoor are very much excited to be on board for Sanjay Leela Bhansali’s historical period drama Padmavati. Apart from them, Deepika Padukone will also be seen in the film who will be essaying the role of Queen Padmavati. The actors have already started preparing for the role. Both of them are playing the role of rulers who will battle it out for the queen. 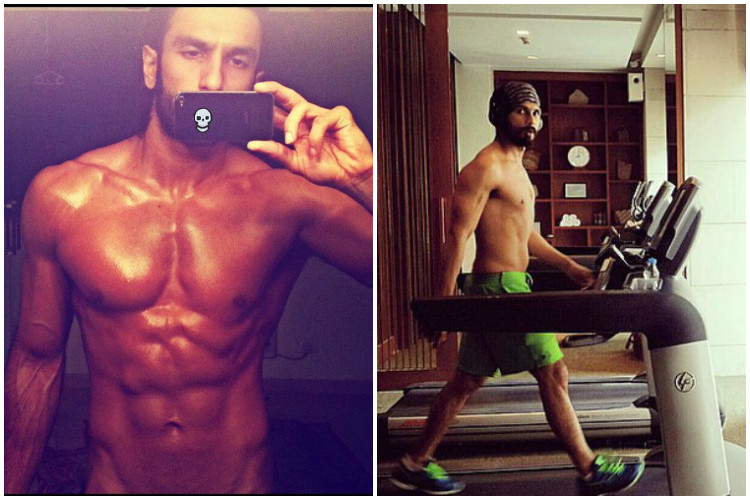 Their workout routines are already indicating how intense the movie will be. Ranveer Singh will essay the role of Sultan Alauddin Khilji and Shahid Kapoor will portray the role of Raja Ratan Rawal Singh. The workout videos of both the actors will motivate you to the core.

But in my head I’m saying “Nutella!” with every rep! Haha! #throwback @stevenslloyd #abs #mondaymotivation/a>

On the other hand, Shahid Kapoor is also leaving no stone unturned for the preparation of his role. He has been insanely working out and his Instagram account is full of energetic workout videos.

#throwback .. missing my training sessions with @bodyholics . Wake up brother let’s do what we do best .

Tommy prep. Tommy got back.

It is really difficult to decide who is killing us with their intensive workout sessions. As far as their film is concerned, the shooting of the movie has already started. Padmavati is slated to release in November next year i.e 2017. Fans are already excited to hear about the lead actors of the film.

Also watch: Want to get a chiseled body like Sushant Singh Rajput? These workouts will massively transform you!

Besides, this is the first time, you will be treated with the fresh pairing of Shahid Kapoor and Deepika Padukone. Interestingly, Ranveer has not been paired opposite the actress but he still will have a major role to play in the film.

Also watch: Shahid Kapoor trains like a beast for his film Padmavati and these workout videos are a proof of it!