Grammy Awards 2017 was a star-studded affair. Celebs and fans eagerly wait round the year to be a part of the show. However, this year the Voice coach CeeLo startled everyone with his shocking dressing sense. They say all that glitters is gold- but the celebrity ensured to change the catchphrase!

The singer-wrapper graced the event in a shocking all golden-coloured outfit. From the looks of it, the singer ensured that this year, he is definitely one of the most talked about celebrity of the event. His creepy mask caught everyone’s attention. Don’t believe us? See this! 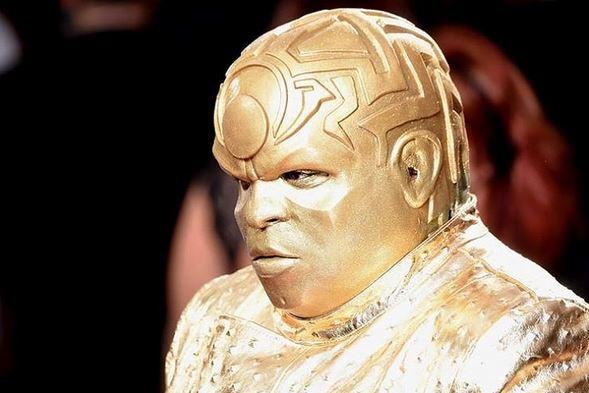 Isn’t that one badass outfit! The singer ensured to put a golden-coloured lipstick. To add on to the looks, CeeLo’s heavy makeup left quite an impression. For those who do not know much about the celebrity, CeeLo Green’s full name is Thomas DeCarlo Callaway. He is a popular singer, songwriter, producer and rapper. 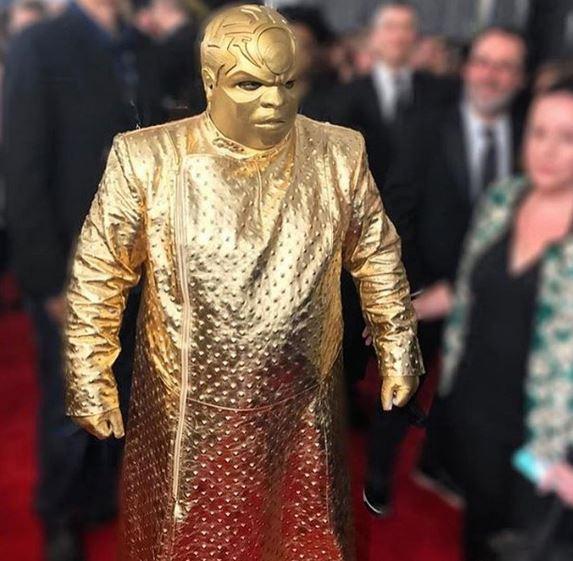 As soon as he graced the red carpet, the paparazzi went berserk! Fans were divided. We feel this is got to be one of the craziest and wackiest dresses we have seen all these years at the Grammy Award. When he entered all were wondering, what he was trying to be? Nothing made sense until the time the singer, himself, decided to reveal everything about his dress.

The singer turned rapper shared a picture on his Twitter account to reveal all the details. He wrote, “.@WarnerMusicSA meet @GnarlyDOfficial”

So basically, CeeLo is dressed up as Gnarly Davidson – his new alter ego! We get it CeeLo, but we think the audience did not get it… Soon, there were jokes and funny memes that were created. Some of them were extremely hilarious.

CeeLo Green & the Golden Idol from “Raiders of the Lost Ark”….switched at birth. #Grammys pic.twitter.com/22z7HsExRf

The singer showed his middle finger to all the paparazzi that was present there. He went away in his car.

Do tell us what do you think about his outfit.