Lately, much ink has been spilled on Deepika Padukone’s hits and misses on international red carpet. Her ‘boring’ and ‘safe’ red dress at the Met Gala had over-enthusiastic Twitter warriors chanting, ‘fire your stylist’ and ‘you had one job’. The level of personal offence taken by some self-appointed champions of fashion, would make one wonder if Shaleena Nathani (Padukone’s stylist) had fashioned the offending garment from their family’s pushtaini shaadi ka joda. 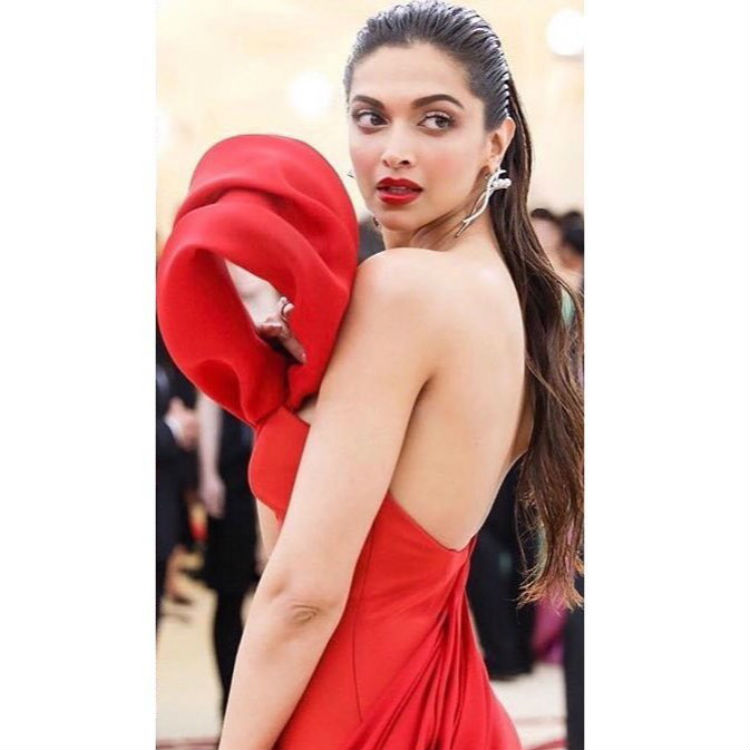 Everyone is Anna Wintour’s second cousin (a million times removed), if the decisiveness with which they pronounce their fashion opinions is anything to go by. With every 140-character missive that is unleashed into the Twitterverse, you can almost hear Miranda Priestly’s faintly ominous “That’s all” in the background if you listen hard enough.

But never mind that.

Thankfully, all was quickly forgiven when, a few days later, Padukone showed up at the Cannes in a flaming pink number and a perfectly timed flick of the tongue for the benefit of hungry shutterbugs. The combined effect of the eye-popping outfit and Padukone’s Miley Cyrus-moment was that (most) of the largely unqualified fashion police was forced to retreat and look for greener pastures on other red carpets. Score for Padukone and Nathani.

Even bigger score for L’Oreal, bankrolling the entire show. Any day now, one can expect the cosmetics giant to drop a collection in the market, meant to appeal to the tongue-sticking side of us, normally non-tongue-sticking folks. You can bet your bottom dollar that moment wasn’t spontaneous or impulsive. Very little, if anything, ever is, when there are millions of advertising dollars riding on a moment.

Which is why, this cycle of pageantry, policing and intense meditation on style, makes my eyes roll so far back into my skull that I live in mortal fear of them disconnecting from my brain. Anyone who has ever worked in fashion, particularly celebrity fashion, will tell you that what they wear has precious little to do with who they are or what they stand for, and everything to do with cultivating a brand they can sell to the powers that be in the marketing C-suites.

Celebrity personal style is a myth, and fashion’s worst kept secret, and yet we refuse to acknowledge it because by god, what is one then supposed to do with all the hours one normally spends mooning over what actors and influencers are wearing and painting their faces with?

You can’t blame them. Personal style — the kind that’s original and true to one’s self — requires a point of view, something that celebrities can’t afford to have, considering they are their product.

Fashion is art, movement, architecture and history; and personal style is the story that interprets them all in a narrative that reflects a person’s journey, their vulnerabilities, and their state of mind. Style is not static, but it doesn’t change the way fast fashion does. It doesn’t fluctuate or spiral into an identity crisis, every time the window display of an ‘it’ store changes, or when the newest influencer on the horizon pronounces something hot or not.

Ironically, personal style is a luxury that most celebrities and, to some degree, social media influencers, can’t afford to have.

For as long as I can remember, I’ve loved clothes and the art of dressing up. It was my earliest form of rebellion.

As a fat child, I was constantly being told, “You’ll look so pretty, if only you lost weight.” And I very quickly lost count of the number of times I’ve suffered the indignity of having unthinkingly cruel sales people dismiss me and mum to the grownups aisle because, “Sorry, the kids’ section doesn’t have clothes her size.” I mean, which tween with a brittle sense of self and hormones wreaking havoc on their brain and body doesn’t want to hear that?

Learning to love clothes even as I often loathed my body, has informed my style in ways that go beyond what I pull out of my cupboard each morning. My clothes interact with my environment and tell the parts of my story I’m willing to share, before I even open my mouth. That’s me, a nobody in the grand scheme of things. I can afford to say all kinds of weird things with the sartorial choices I make.

But when you’re tasked with the responsibility of selling as many lipsticks/ clothes/ detergents/ cements/ tiles/ hair oils/ cooking oils/ washing machines/ pens/ laptops/ mobile phones as humanly possible there’s little room left for self-expression of any kind, let alone in the clothes one wears.

In a world where millions of rupees change hands for tweets and Insta posts, and follower count is currency, even the simple act of going to the gym, or buying coffee, or showing up at the airport to catch the red-eye is an opportunity for brand-building. And like any brand-building exercise, it has to be undertaken with businesslike precision and planning. Enter, stage right, a posse of stylists and makeup artists who will ensure that every “candid” photo (by photographers who receive detailed schedules outlining the exact number and timings of said celebrity’s jaunts to the market to buy kaanda-batata — look they’re so relatable and middle class, just like us!), shows off their delicately contoured nose to perfection, and that every errant flyaway has been patted back into place before the paparazzi finds them, accidentally-on-purpose.

One could be a Ruby Woo wearing diva on the inside, but still spend a lifetime being photographed in pretty pinks and pale peaches if that’s what the ‘image’ demands. Everything is fair in love and the pursuit of international fashion labels and cosmetic giants who are forever on the hunt for celebrities their ‘core audience’ can identify with. The more diligent you are about the process, the larger your kitty of brands.

Which is why, sometimes, the best and most convincing roles that actors play are not in the movies, but on the red carpets, and on social media; at events, or while dropping their kids off to school, and sometimes even while attending the funerals of “beloved colleagues and close personal friends”.

As someone who has worked fashion-adjacent for almost all her career, I’ve been part of an endless succession of mind-numbingly boring meetings to plan, in excruciating detail, every element of a celebrity or fashion influencer’s “personal style”. In all of these years, I’ve seen one, just one stylist take the time and effort to find out who their client really was before advising them on their style. But I’ve seen dozens of brands put large sums of money behind ambassadors and influencers they know to be deplorable human beings, as long as they say all the things their ‘core audience’ wants to hear. Forget the attitude or the story, it’s all about the image, baby.

It’s an image that will sticks to your mind like a leech and never let you feel okay about yourself until you buy some more — this shirt, or that shoe, or slather this sunscreen, or that smoothening cream.

I’ll say this again, personal style is a luxury, it’s a pity more of us forget to claim ours while obsessively trying to mirror air-brushed, unreal versions of celebrities and influencers online. They’re playing a role, and getting paid a lot of money to deliver you on a platter.