Shah Rukh Khan and Anushka Sharma were head turners with their charismatic presence at the recently concluded fundraiser charity show-Mijwan Summer 2017. The duo walked the ramp for the designer Manish Malhotra and left everyone speechless with their flawless fashion sense.

Dressed in a black and white sherwani, the Baadshah of romance, Shah Rukh Khan was the perfect example of how a show stopper should be. King Khan walked the ramp with a perfect panache. He looked gentlemanly and his sophisticated avatar was the talk of the town. 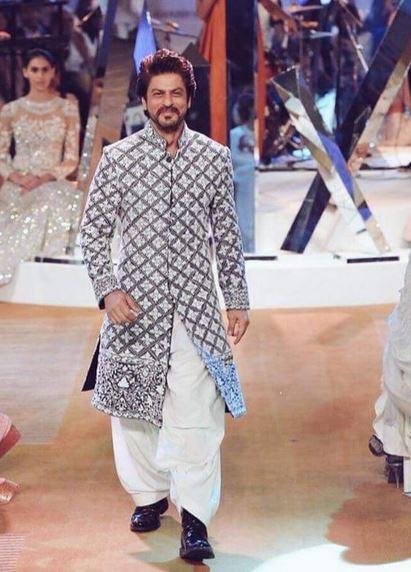 As he walked the ramp, he smiled and greeted everyone who in return were mesmerised by King Khan’s charismatic avatar. Not only Shah Rukh but Anushka Sharma also stole the limelight with her elegant presence.

Dressed in a white coloured glittery lehenga, the actor flaunted her beauty with so much of vivacity that the audience could not take their eyes off her. Interestingly, Shah Rukh’s and Anushka Sharma’s outfit were designed by popular ace designer Manish Malhotra. 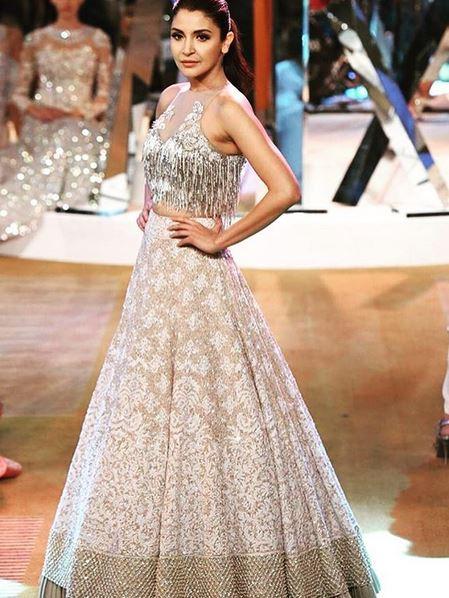 Manish Malhotra posed happily for the shutterbugs with Anushka and Shah Rukh. The actors looked so perfect together that their presence raised the excitement level of the charity show. Not only Shah Rukh and Anushka, but even Kajol was present at the event. She wore a white coloured sari to the charity show. Here are a few pictures and videos from the event that will leave you all very excited:

Mijwan Summer 2017 was presented by veteran actress Shabana Azmi. Her husband started the show with his captivating shayari and a few Urdu couplets.

Both Anushka and Shah Rukh Khan will be seen next in Imtiaz Ali Khan’s next. This will be the third time that Anushka will be working with SRK after Rabb Ne Bana Di Jodi and Jab Tak Hai Jaan. The Baadshah of romance is supposedly playing the role of a tourist guy who falls in love with Anushka’s character.