When it comes to styling, nobody can do it better than the one and only Varun Dhawan. The actor made quite an impression with his impressive acting skills in Students of The Year and since then there was no looking back for Varun. Soon, he started doing photoshoots for several leading magazines and his fans couldn’t resist the hotness and charm he brought along with him in his cover shots. The actor currently shot for Buffalo clothing campaign in Kerala and he decided to surprise his fans by sharing a couple of pictures from the shoot.

The Badrinath Ki Dulhania actor is the most sought after Bollywood actor in the B-Town. He enjoys a huge girl fan following. The actor has never shied away from experimenting with his looks and one thing that sets him apart from his contemporaries is his ability to adapt. The actor can do back to back photoshoots and yet they can be so different from each other. 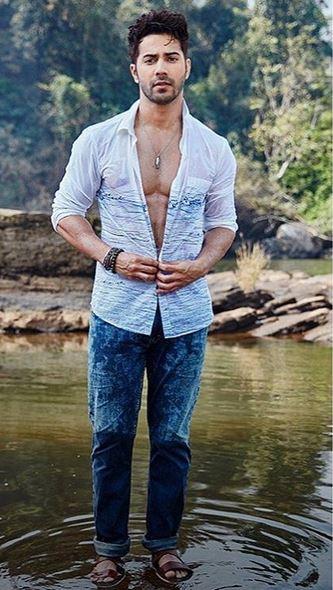 The versatility that Varun brings forth in his photoshoot makes him as a perfect choice for leading magazines. In an earlier FBB Buffalo campaign, Varun Dhawan flaunted his chiseled abs in Abu Dhabi thereby raising the hotness quotient of the whole photoshoot. However, this time it is Kerala and Varun has given us enough glimpses of his latest shoot. Here are a few pictures from his Instagram account: