When we talk about style and fashion, Sonam Kapoor’s name tops the chart as the leading Bollywood fashionista. The actress has time and again proven her distinctive dressing sense and her photoshoots symbolize how gracefully the actress can pull off any dress. Her latest photoshoot for a bridal magazine is surreal and beautiful. The actress wore Sabyasachi’s outfit to give one of the best photoshoots of her life.

In order to celebrate the 4th anniversary of the magazine, Sonam was seen flaunting her traditional bridal avatar. She tried out some exquisite hand painted and printed lehengas. Her pictures are creating a buzz on social media account. The popular designer Sabyasachi Mukherji took to his Instagram account and shared several pictures on it. 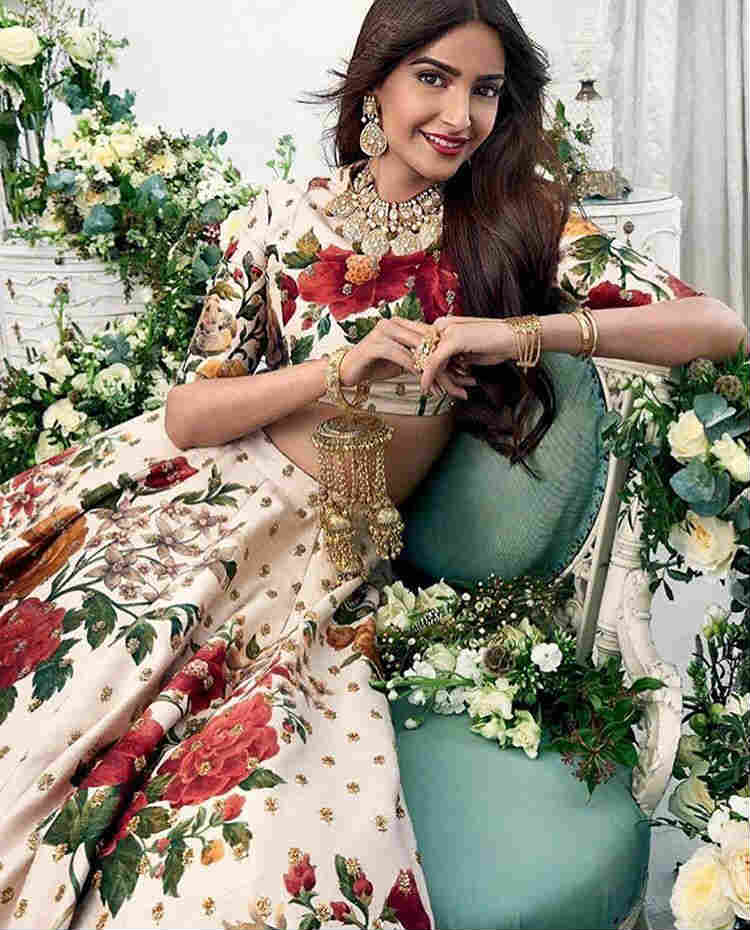 The ace designer shared a few more pictures wherein he put all the details of the elegant and graceful lehenga. The best part about the lehenga being that it is hand made. The actress looked beautiful and even the makeup was subtle to create the overall somber look. Sonam Kapoor flaunted the Payal Singhal’s dress and Udaipur collection of the Sabyasachi.

A post shared by Sabyasachi Mukherjee (@sabyasachiofficial) on May 2, 2017 at 7:47pm PDT

Sonam Kapoor will be seen next playing an important role in Swara Bhaskar and Kareena Kapoor’s Veere Di Wedding. The movie is produced by her sister Rhea Kapoor who rose to fame with her film Aisha. Last year, the actress was praised for her performance in Neerja wherein she played the role of air hostess Neerja Bhanot.