Priyanka Chopra has started the Baywatch promotions in full swing. The actress, who will portray the role of Victoria Leeds in the film has already been garnering headlines for several reasons. From being a part of the six magazine covers at once to bikini pics and her third-time presence at the Jimmy Kimmel’s show to promote her upcoming thriller film, the actress has done it all. She has been looking fantastic in every dress that she wears. Remember her long trench coat at the Met Gala Event? The actress has been quite an inspiration for the millennials in all spheres. Even the fashion police is quite impressed with the dressing style of PeeCee.

As the release day of the film inches closer, the actress has stepped up the vacation games. She has been promoting her film out and out. While fans are super excited to witness Priyanka Chopra’s Hollywood debut, the fashionistas have excitement as every day the actress impresses the fashion police with her impeccable dressing sense.

Here are a couple of looks which Priyanka Chopra donned while promoting her upcoming film Baywatch: 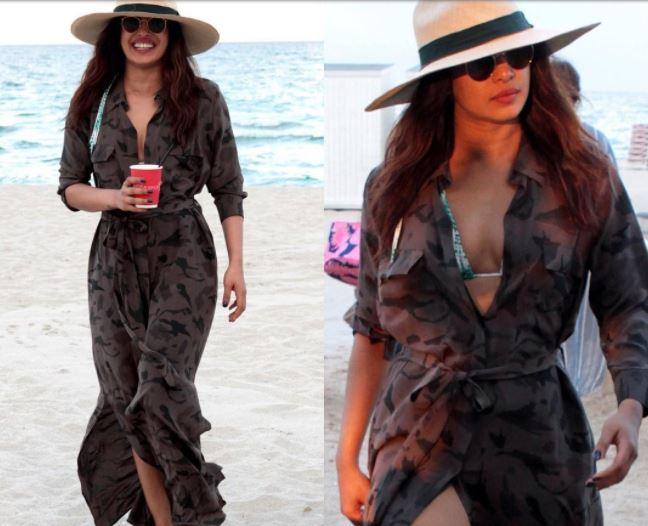 The actress set the temperature soaring by flaunting her smoking hot curvalicious body at one of the beaches in the US. The actress wore a camo L’Agence maxi right on top of her blue bikini before chilling in the ocean. I mean, Victoria Leeds is definitely raising the ooomph! 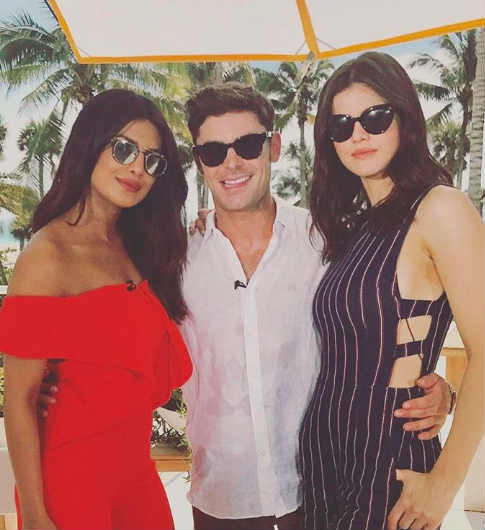 The actress took to her Instagram account to share an adorable picture wherein she can be seen posing with Zac Efron and Alexandra Daddario. She was seen wearing a red hot dress at the event. Apart from that, PeeCee was seen wearing a shimmery blue coloured Halston wrap gown at an event. And everyone could not help but praise the actress for her wardrobe. Here are a couple of pictures and videos from the event:

That is a lot of love from south beach! Thank u for the loud cheers and love! Always love me Some #Miami #may25th #baywatch @baywatchmovie

Thank you for the love Miami! @baywatchmovie premiering on May 25th in a theater near you! #BeBaywatch 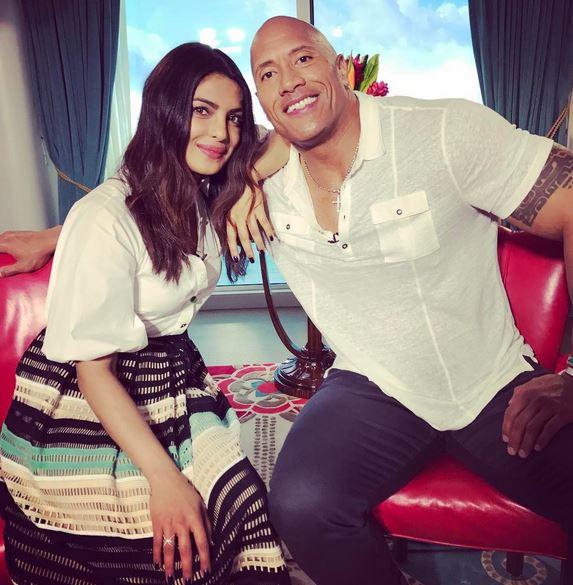 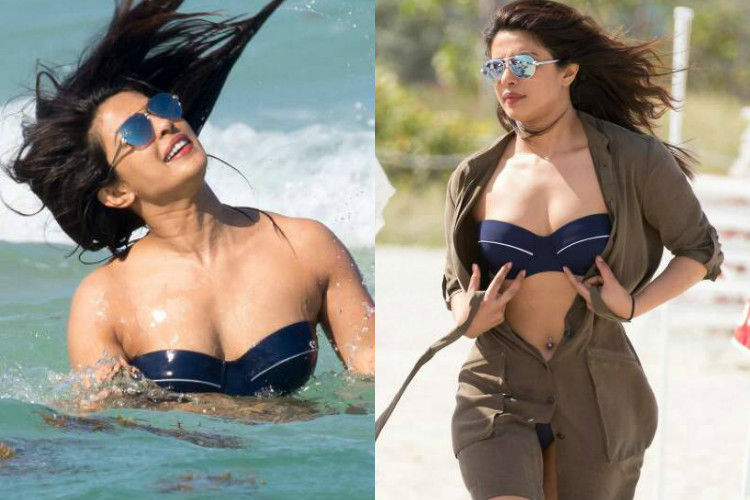 Priyanka Chopra is beating the heat on Miami Beach 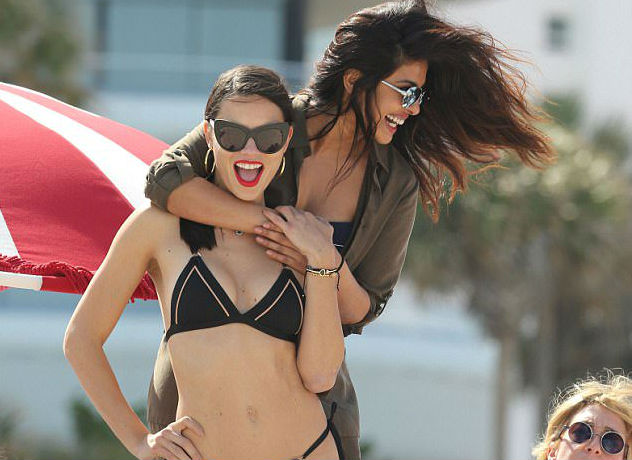 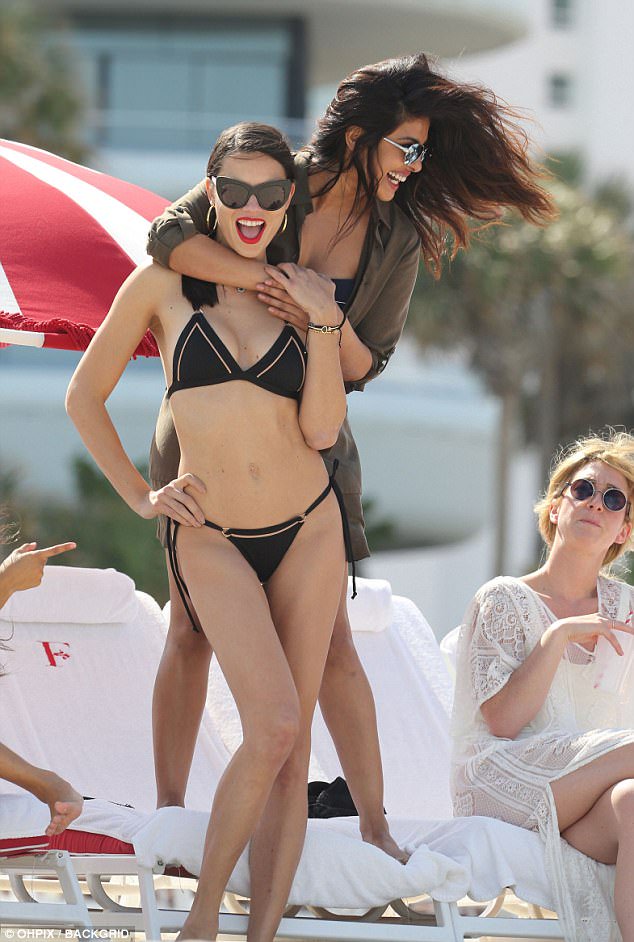 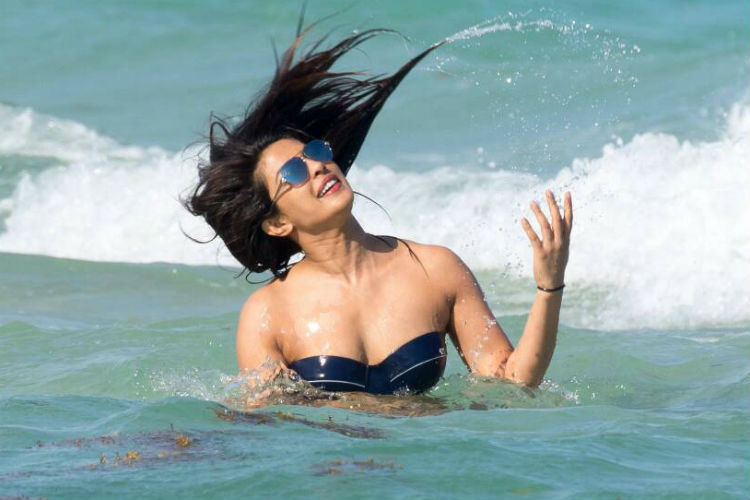 Priyanka Chopra raised the temperature soaring in her bikini picture 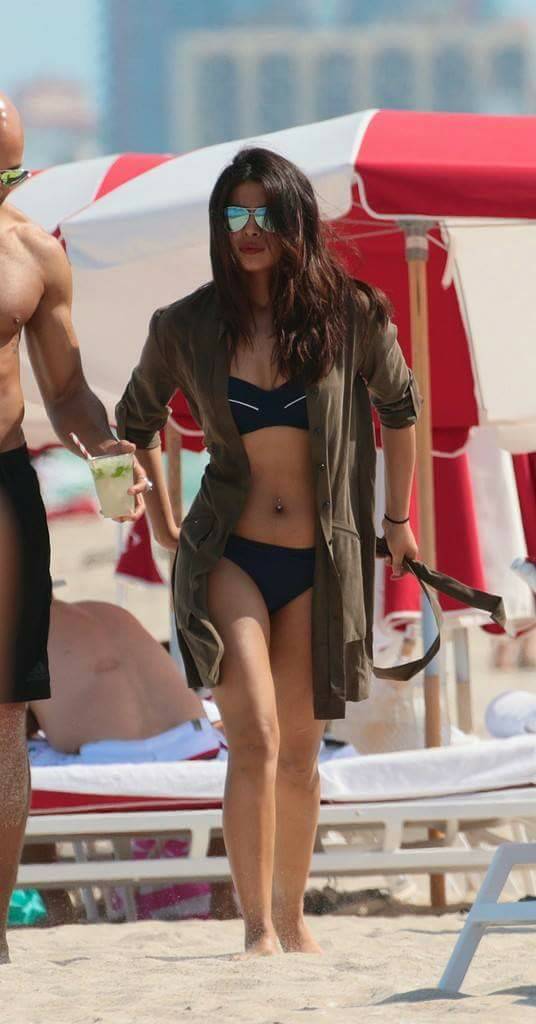 Baywatch which stars Zac Efron, The Rock Dwayne Johnson and Alexandra Daddario is slated to release on May 25 2017. The Hindi trailer of the film has already created a huge buzz among the fans. This is not the first time that the actress has been grabbing all the attention as here are her six cover shots which the actress has done for the same magazine in the month of May: