Demonetisation has hit the Bollywood and that too hard! So while Anil Kapoor was spotted standing at an ATM line a couple of days ago, Kriti Sanon decided to surprise her fans by wearing all the new Rs 2,000 notes!

Yes! Kriti Sanon was recently spotted wearing a dress that had prints of the recently launched Rs 2,000 all over it! Now this is quite a unique innovation keeping in mind that the actresses have used different print styles in the past but Kriti Sanon’s demonetisation hit wardrobe is a mind-boggling idea! 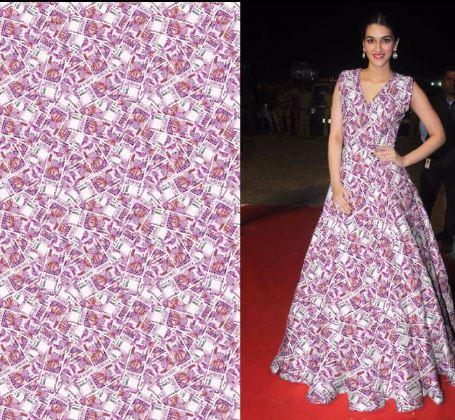 Kudos to the designer who came up with the unique concept. But the question remains why only a Rs 2000 note was used and not the new Rs 500 note? While people in India are standing in long ATM lines just to get a glimpse of the new notes, the stars are flaunting the notes in intriguing ways!

The actresses will certainly take a cue from Kriti Sanon’s dress and we are sure that soon we will get to see someone flaunting new Rs 500 notes on their wardrobe! The actress recently did a photoshoot for a leading magazine and the photos were smoking hot! Actress nailed a hottie look by flaunting a white coloured top which was paired with checkered pants. 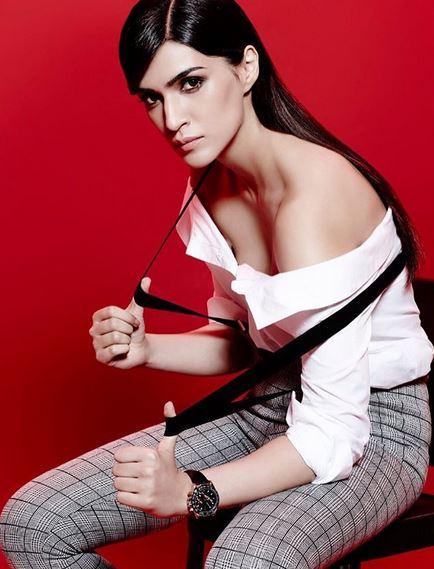 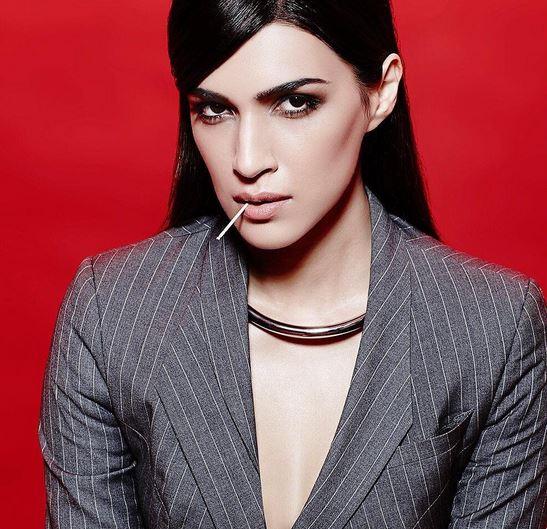 She has nailed the corporate look. Kriti’s picture where she is wearing a grey coloured suit is one of the highlights of the photoshoot. Kriti will be seen next alongside Sushant Singh Rajput in the romantic flick Raabta. The actress is already grabbing a lot of attention for her off-screen chemistry with the actor. She was last seen in SRK, Kajol and Varun Dhawan’s starrer Dilwale.