Kareena Kapoor Khan is called one of the most fashionable divas of the Bollywood. The actress has been a game changer when it comes to the styling game. A couple of days ago, the actress mesmerised everyone with her black coloured backless dress which she wore for Karan Johar’s party. Her dress was one of the highlights of the event and even fashion police could not help but talk about the outfit. Recently, the actress attended popular designer Faraz Mana’s fashion show in Dubai. Her presence was a head turner.

Bebo can easily pull off any style without any hassle. Be it the western wear or the traditional avatar, Kareena has redefined fashion and dressing style with her innovatory nature. She loves to experiment and she never shies away from trying out something different. There is a reason why people love Kareena Kapoor.

For the star-studded occasion, the actress looked drop dead gorgeous in a shimmery silver coloured dress. With a plunging neckline and a and sexy slit, Bebo raised the temperature in Dubai with her sizzling presence. This is not the first time that Kareena looked fabulous but this time, her shining avatar stole the thunder. Bebo clearly is giving some strong fashion goal. Interestingly, Sonam’s sister Rhea Kapoor also attended the event. Both Kareena and Rhea posed for the paparazzi. 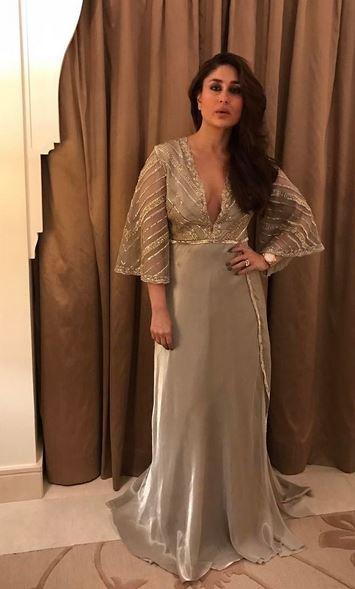 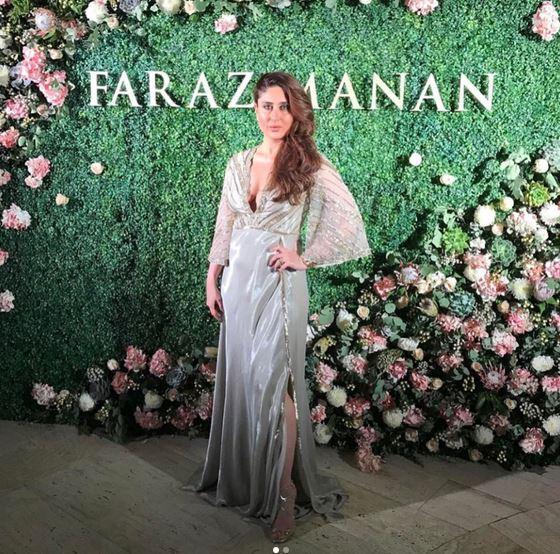 Here are some of the pictures from the occasion: