Sonam Kapoor is undoubtedly the leading fashionista of the Bollywood industry. This time also she has given girls a new fashion goal with her charismatic denim sari avatar. The actress who never ceases to surprise us with her appealing fashion sense has pulled out another strong weapon from her armoury.

All the young girls out there who are gearing up for their fests or farewell parties, Sonam is the person to look forward too because your old levis can be turned into a sari! Don’t believe us? These pictures will change your mindset. 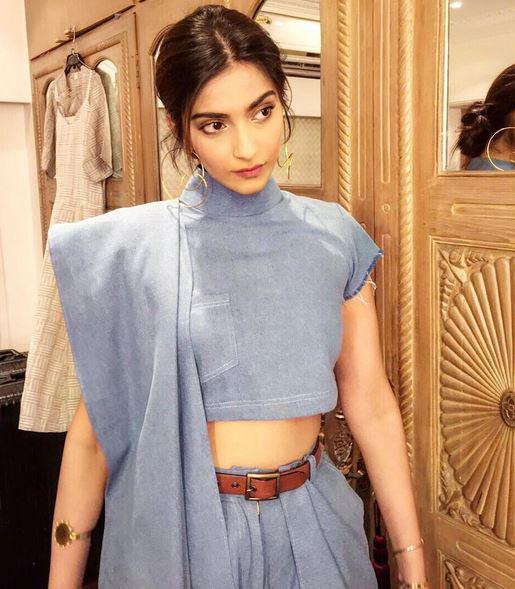 Sonam Kapoor has come up with yet another fascinating concept of denim sari. Recently, her sister Rhea Kapoor and designer Masaba Gupta shared a couple of pictures on the social media wherein the actress can be seen flaunting the unconventional look. The concept was started by designer Anubha Jain who wanted to try something different. 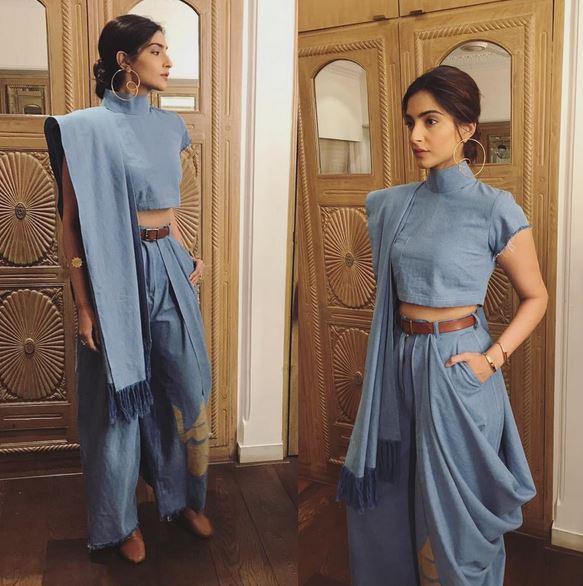 Sonam ensured that the Indianness of the look remain completely intact. The actress ensured to maintain the classy look by wearing a high neck sky blue-coloured top. She matched it with high waisted pants and a tan-coloured belt. Her brown-coloured shoes completed the look.

Moreover, the actress experimented with her accessories by putting striking ornaments from Minerali store. The good news is if the fabric is cotton, then you do not have to think twice wearing them in summers. 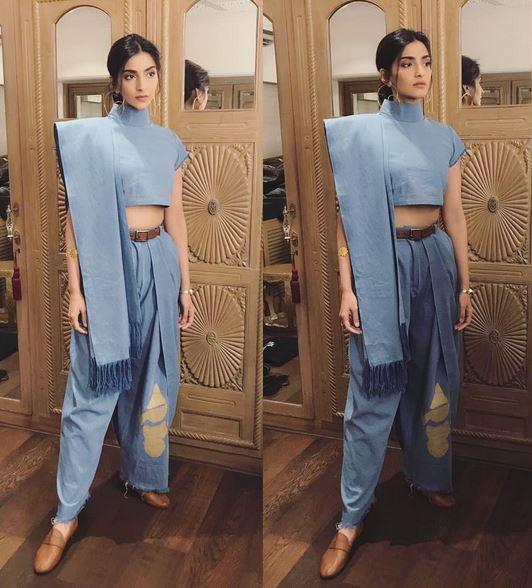 In the past also, Sonam had set up quite impressive fashion goals. She is very open to experimentation. Her alluring clothing choices and charming personality always bring out her as the best. Be it tuxedos or thigh slit dresses, Sonam’s glitzy avatar has always been a talking point.

The actress can carry any outfit and any colour with a panache. When it comes to fashion and clothing, Sonam has been a role model for many young girls. This outfit of Sonam is definitely gaining all the attention.