Sonam Kapoor is known as the fashionista of Bollywood and the pretty lady never fails to disappoint us with her unique and edgy fashion choices. The actress recently walked the ramp as the showstopper for Ralph and Russo’s Autumn Winter Show 2017/2018 at the Paris Fashion Week and it looks like she has experimented way too much with her look. While many of Sonam Kapoor’s pictures and videos from the fashion show went viral on social media like wildfire, I think it was a bit too much to digest. Yes, I know that the actress is highly praised for her showstopper avatar by many, but sorry to say this, it didn’t work for me.

Sonam Kapoor walked the ramp in a Ralph & Russo white peplum bridal gown with a long train and a sheer veil. While the outfit itself was full of glittery embellishments, it was further topped up with a blingy diamond headgear and a big choker necklace. 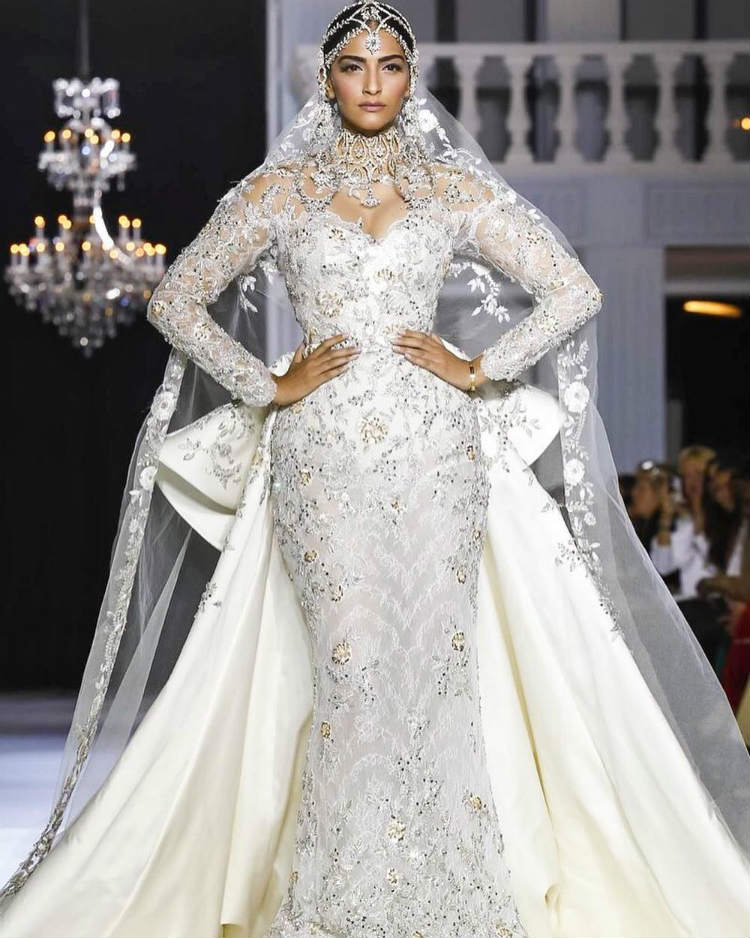 I understand that the stylist wanted to give it a more princess look, but unfortunately this all white metallic look of Sonam Kapoor reminds me of White Witch from The Chronicles Of Narnia. Yes, that’s true! In fact, the White Witch looks far much better in her all white ensemble.

Well, Sonam Kapoor will also be attending the after- soirée at the PavillonCambon in Paris, the theme of which is based around Beauty and the Beast. While all the ladies will be dressed in beautiful ball gowns, the men will don suits and masks. And after seeing this blingy all white avatar of the actress, it would be interesting to see what Sonam Kapoor will wear at this theme party. What do you think, will it be a disaster or another hi-on fashion moment?

Meanwhile, here’s a look at some of her pictures from the fashion show: