MS Dhoni biopic fame actress Disha Patani has set the temperature soaring by doing a bold topless photoshoot for Dabboo Ratnani’s annual calendar 2017. Every year, all of us eagerly wait for the ace photographer’s calendar that leaves us speechless. This year it seems, Disha Patani has decided to make a smashing debut on the calendar.

If the picture is to go by, Disha looks super hot. She can be seen covering her modesty with her hands. This also reminded us of Dabboo Ratnani’s previous calendars where Shraddha Kapoor and Anushka Sharma posed in somewhat similar manner. 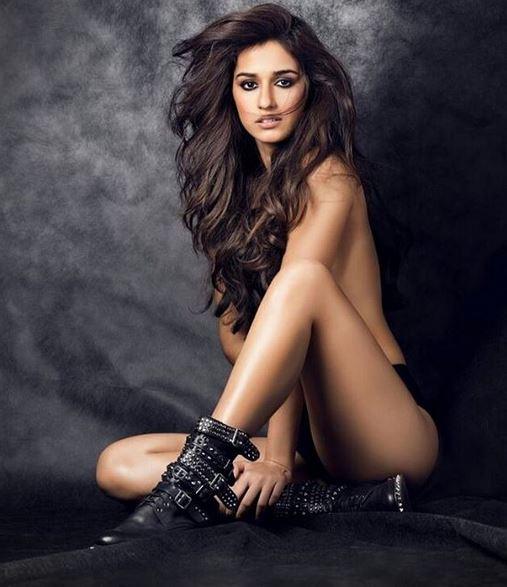 Disha shared the image on her social media account. The makeup and hair were done by Jose and Shanky respectively.  In the image, she is only wearing black underwear and boots.

On the career front, Disha Patani is eagerly waiting for the release of her upcoming film Kung Fu Yoga. The movie also stars Sonu Sood and Jackie Chan in pivotal roles. The trailer of the movie has already created a buzz among the masses. The film will release on January 28 next year. The actress will be seen essaying the role of an archaeologist in the film. Her fan following increased tenfold after the Befikra song which featured her rumored boyfriend Tiger Shroff as well.

Disha Patani recently won the Best Debut Award at a leading award function. With immense fan following, we feel she is surely going to rock the year 2017. Recently she shared a photo on her Instagram account that grabbed everyone’s attention.

The actress also shared a super cool video with her fans where she was seen performing yoga in the middle of the ocean.