Sonakshi Sinha, who is one of the judges on the dance reality show Nach Baliye 8, shared a stunning picture of her. Donning a fitted blue lace dress with cold-shoulder bell sleeves and a sweetheart neckline, Sonakshi Sinha is looking ravishing. She accessorised this Shehla Khan number with matching jewellery and kept her hair simple. A pink lip and a pair of black sandals just made her look perfect. Styled by Mohit Rai and makeup by Nileysh Parmaar, the Noor actress looks perfect in her latest appearance. The show has not just brought out her fun side but also her stylish avatar. See her pictures here. 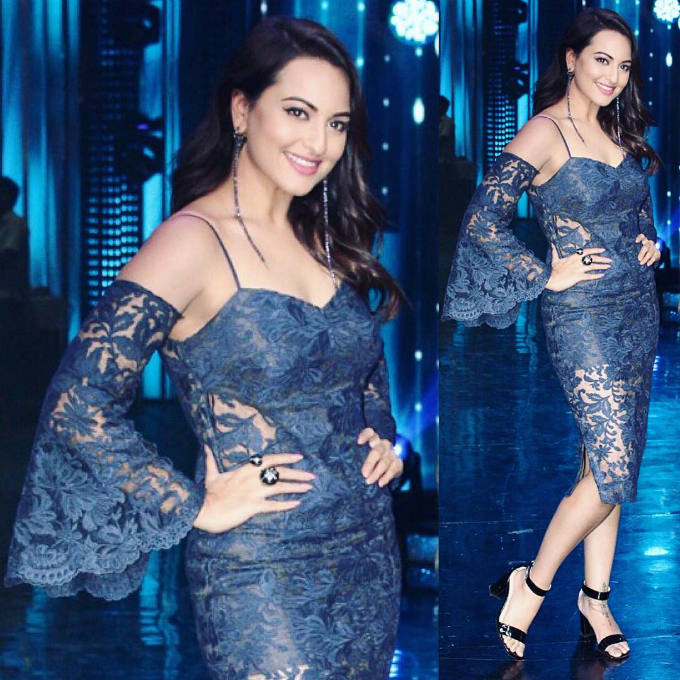 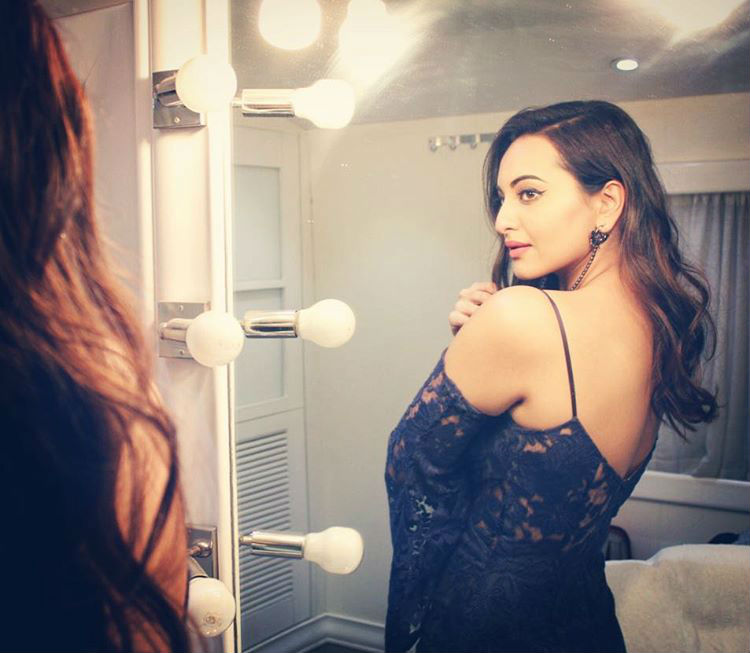 It seems Sonakshi Sinha is on a fashion spree these days. Earlier, she was spotted in a beautiful high-slit red dress. While her appearances on Nach Baliye 8 have always remained different from earlier. Usually styled by Mohit Rai and makeup by Nileysh Parmaar, the diva sizzles every time. Though Sonakshi Sinha’s last film Noor could not do wonders at the Box office, she is slaying it as a judge on the reality show. See pictures:

Last month, she went for a fun filled vacation in Sydney with her girl gang. She was seen goofing around and enjoying with her besties. You can see Sonakshi in all new avatar. Flaunting her cool chic avatar, the actress’ wanderlust is on full display in these pictures.