This year’s Golden Globes ushered in an era where a red carpet is no longer about fashion hits-and-misses, as celebrities opted for black outfits as a mark of solidarity. At a time of #MeToo and #TimesUp campaigns, the actors chose to acknowledge the exposed misogyny of the entertainment industry and made the event stand for something.

Golden Globes, touted as the precursor to the Academy Awards, was no longer just about the celebration of Hollywood’s finest. The black dresses, TimesUp pins, activists as plus ones – all of it stood for something. It was a statement that Hollywood would present a united front in the face of sexual misconduct.

While the majority hoped wearing black would start a discourse, three women made a statement of their own. Barbara Meier, Meher Tatna and Blanca Blanco surely made heads turn in the sea of black, as they chose to ignore the dress code. Meier is a German model, Tatna is the president of the Hollywood Foreign Press Association and Blanco is an American actress. 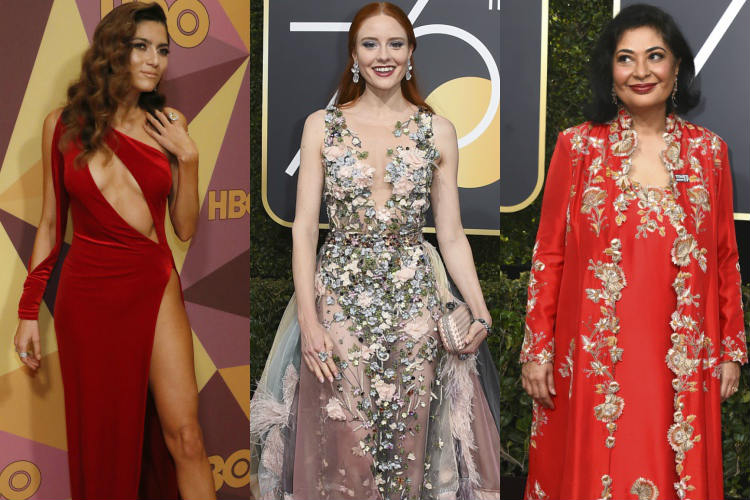 Here are the explanations the trio provided:

Barbara Meier: In a long Instagram post, German model Barbara described that how not wearing sexy clothes and opting for black is a wrong way to protest. She wrote: “A lot of women will wear black tonight to support the time’s up movement [sic],” she wrote before she arrived on the red carpet. “I think this is a great and extremely important initiative. Nevertheless, I decided to wear a colourful dress tonight. If we want this to be the Golden Globes of the strong women who stand up for their rights, I think, it’s the wrong way not to wear any sexy clothes anymore or let people take away our joy of showing our personality through fashion…. We should not have to wear black to be taken serious.” (sic) Now, the idea behind wearing black to the event was not about not wearing sexy clothes or not showing one’s personality. It’s about showing up and supporting one another, addressing the elephant in the room instead of the night being as frivolous as just another award function. 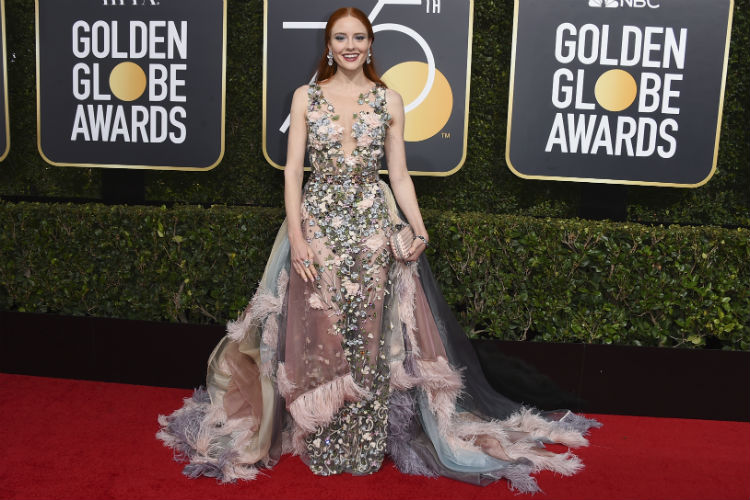 Blanca Blanco: She wore a slashed red dress, a bandaged-look, from Atria Clothing. In an interview to Refinery 29, she said: ”I love red. Wearing red does not means I am against the #timesup movement. I applaud and stand by the courageous actresses that continue to brake [sic] the circle of abuse through their actions and their style choice. It is one of many factors leading women to a safer place because of their status in the acting world. I am excited about the ‘Time’s UP’ movement because true change is long overdue.” 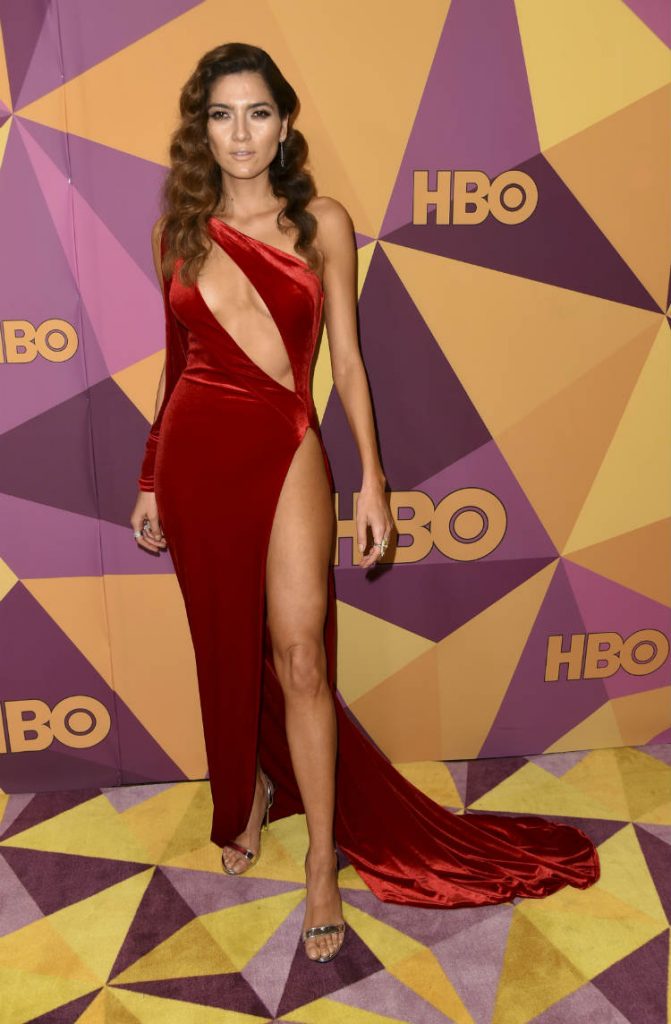 It is understandable that she loves the colour and has the complete liberty to choose what she wears on the red carpet.We surely cannot really blame Blanco for making a statement and standing out by wearing a different colour.

Meher Tatna: The Hollywood Foreign Press Association President defended her decision of not wearing black in an interview to ET,  She said, ”My mom and I planned this together a couple of months ago, it is a cultural thing. When you have a celebration, you don’t wear black. So she would be appalled if I were to [have] worn black. And so this is, for my mom.” 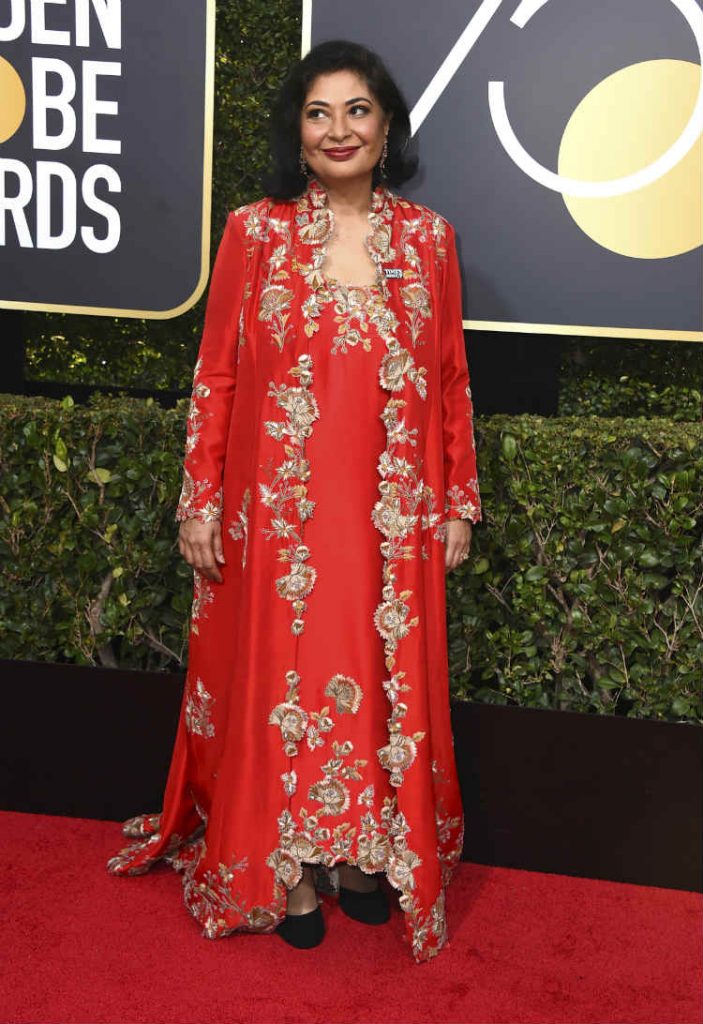 Tatna was probably the only one whose reasoning can be understandable. She not only said that she supported the campaigns against sexual harassment, but wore the TimesUp brooch at the event on an embroidered red dress and robe.

While Tatna’s choice can still be overlooked, the other two clearly missed the point that the majority was trying to make. It was supposed to send a message to everyone and the only way to grab headlines in that sea of black would be to either wear a different colour or a Marchesa, the label by Harvey Weinstein’s estranged wife Georgina Chapman.