IIFA 2017 began on Thursday in New York with a press conference at the Sheraton Times Square, followed by the IIFA Stomp at the Times Square. It is the 18th edition of Bollywood’s biggest award show and the press conference was attended by celebs including Alia Bhatt, Katrina Kaif, Salman Khan, Shahid Kapoor, Kriti Sanon, Disha Patani and Sushant Singh Rajput. It won’t be wrong to say that their first appearance was quite stylish and we can’t wait to see them in more such stunning outfits. Here’s a look at who wore what at the press conference:

The actress wore a beautiful strip on strip sweetheart neck ankle length dress from Sachin & Babi and looks every inch elegant. She paired the outfit with ASOS sandals and completed the look with a neutral makeup. 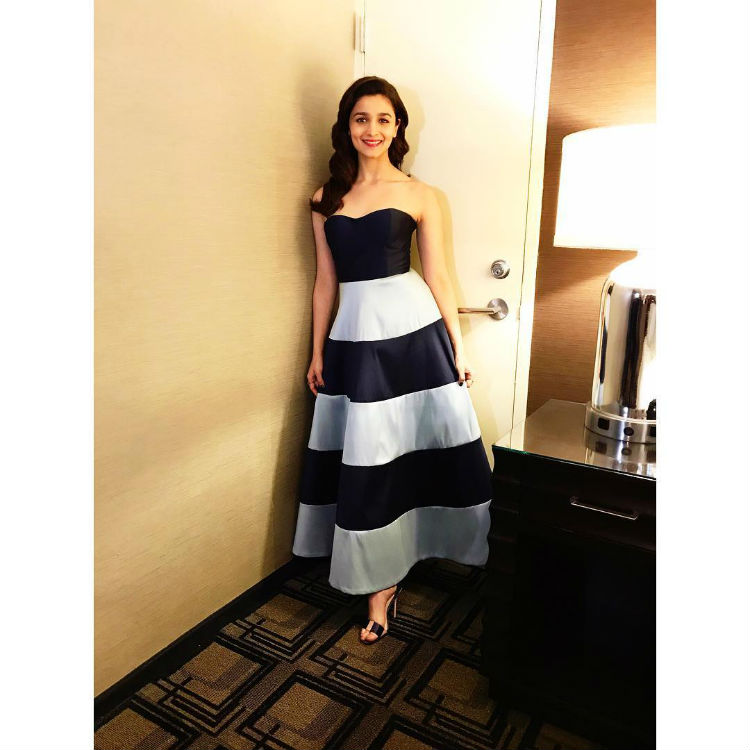 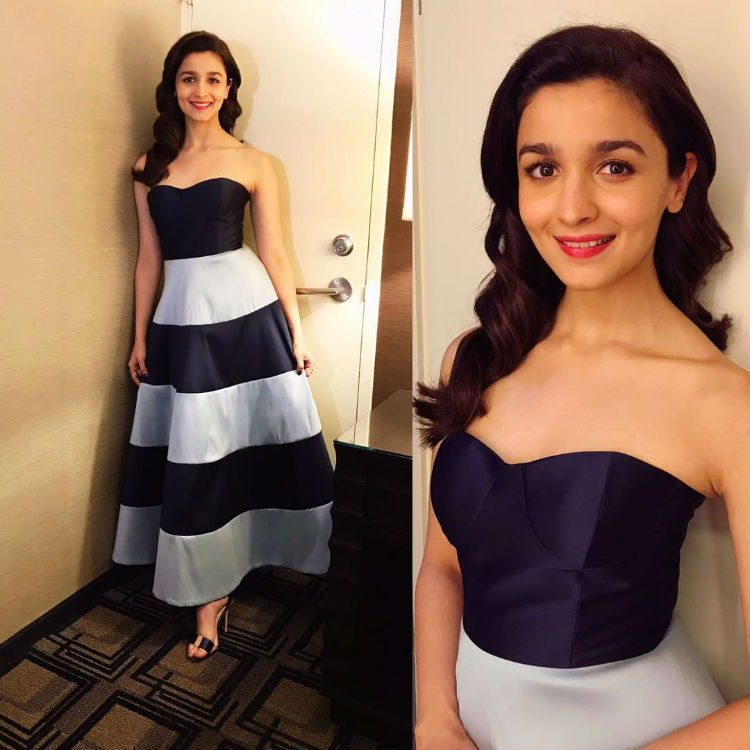 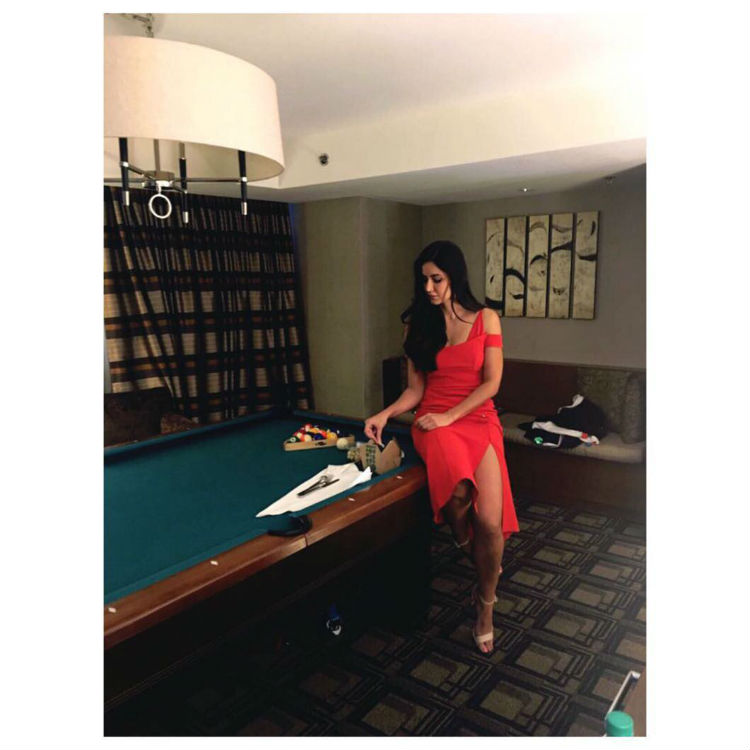 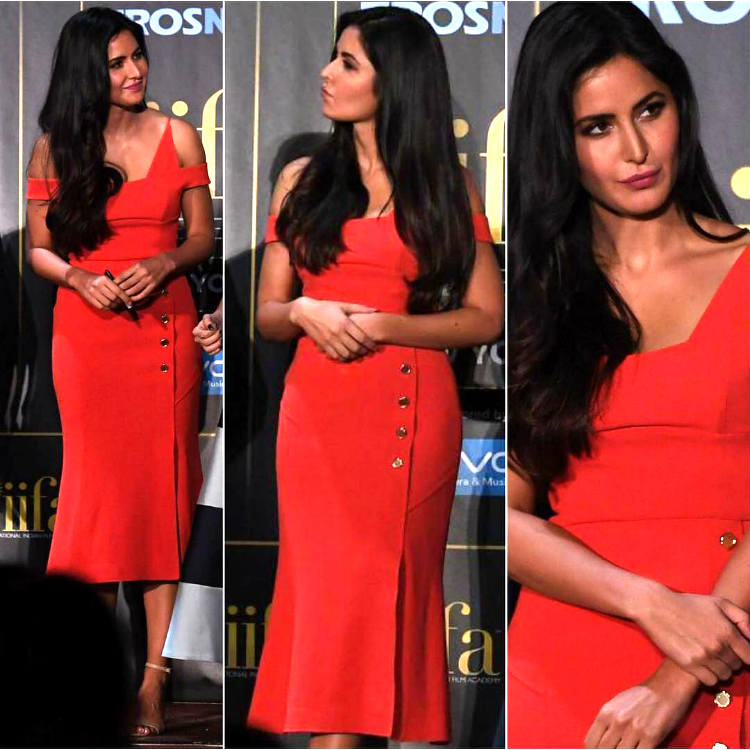 Disha chose a sexy yellow custom-made outfit by designer Swapnil Shinde for the conference and made all heads turn. She paired the summary thigh-high slit gown with a pair of tie-on footwear from The Label Life. 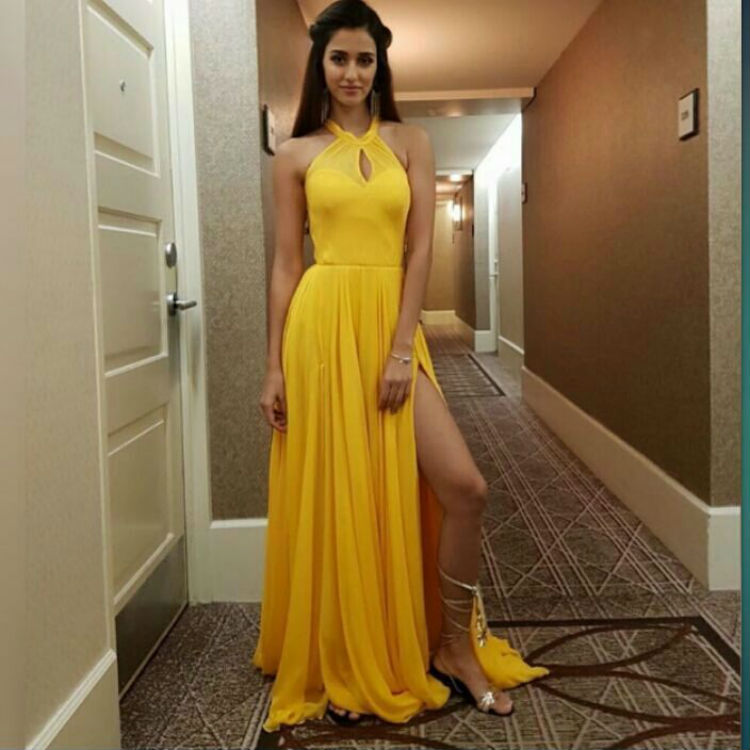 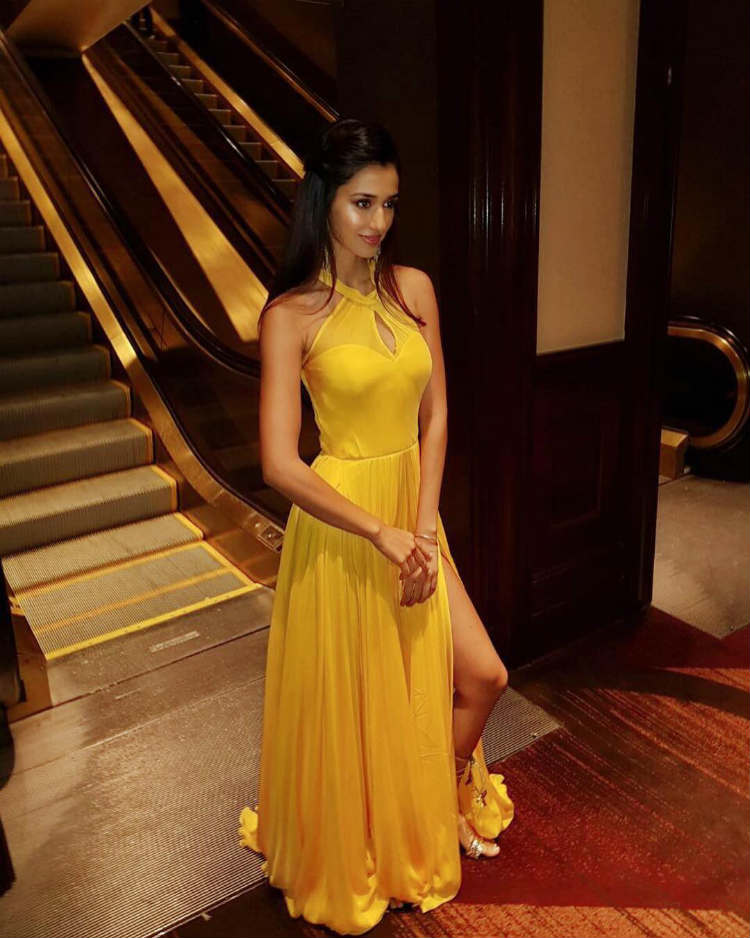 The Raabta actress looks pretty in a royal blue number from Amit Aggarwal. With her hair tied neatly ina ponytail, Kriti Sanon rocked the body-hugging dress with ruffles at the bottom like a pro. She completed the look with a pair of stunning earring and neutral makeup. 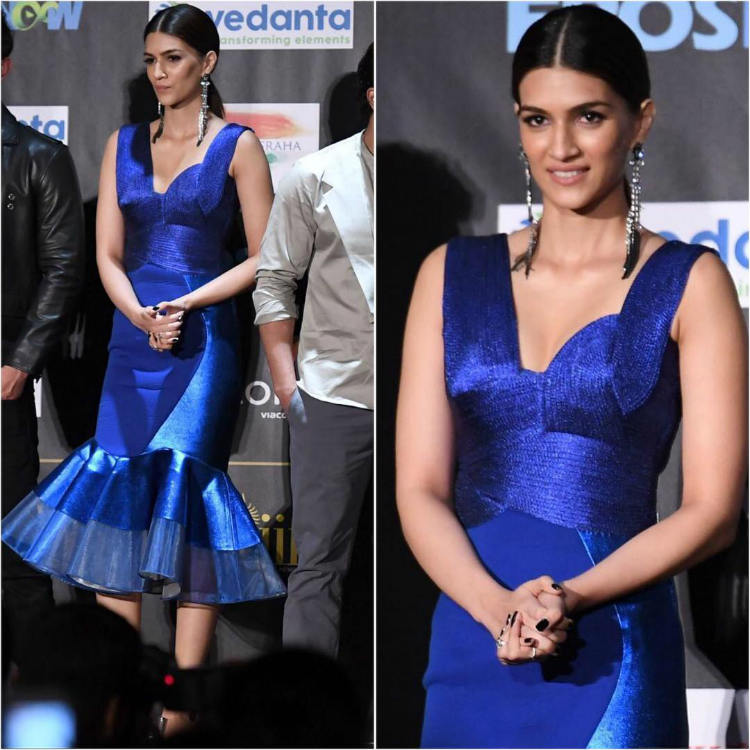 Well, not just the B-Town divas but our handsome hunks Shahid Kapoor, Varun Dhawan, Salman Khan and Sushant Singh Rajput also made our jaws drop with their amazing fashion choices. And while the entire social media is filled with many of their photos and videos, here’s a look at some other pictures from the press conference: 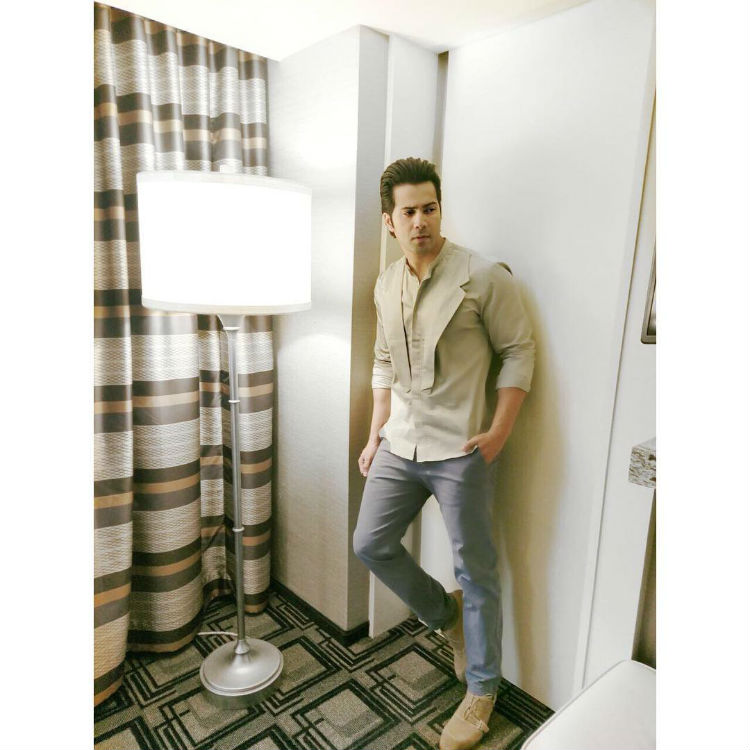 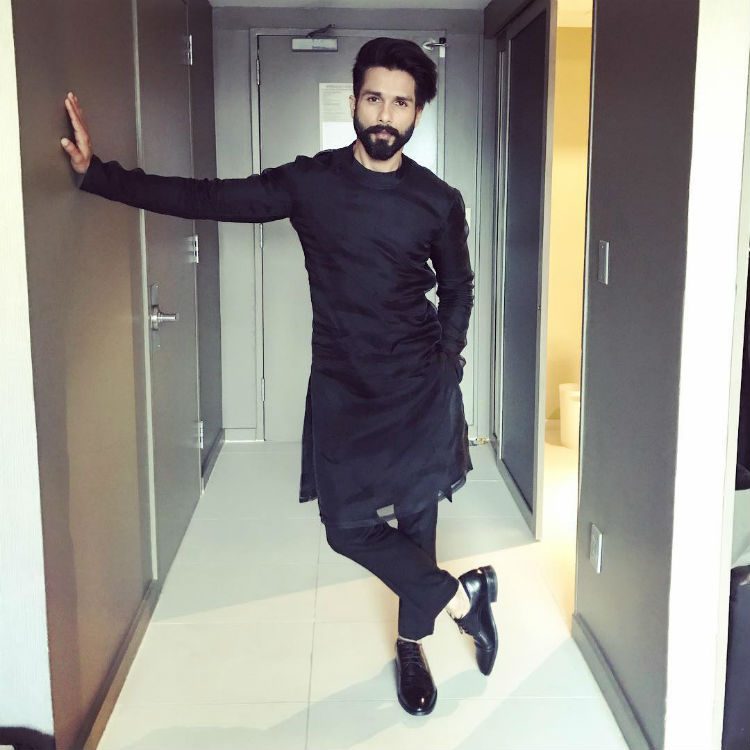 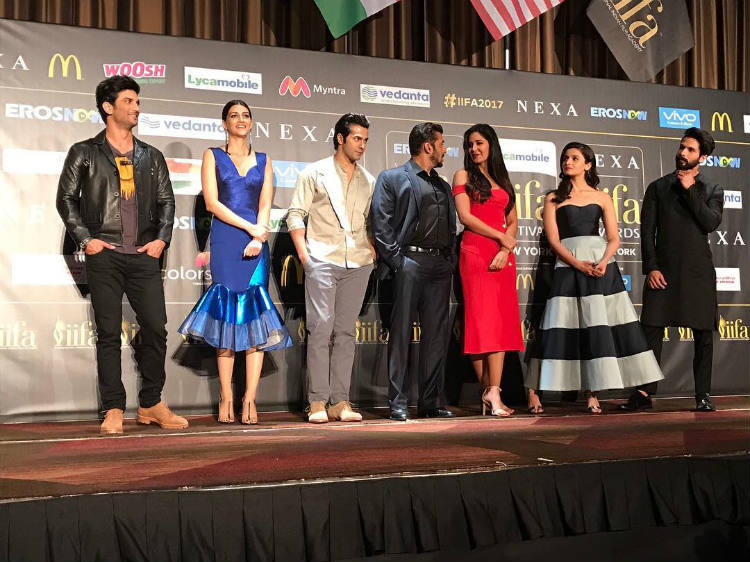 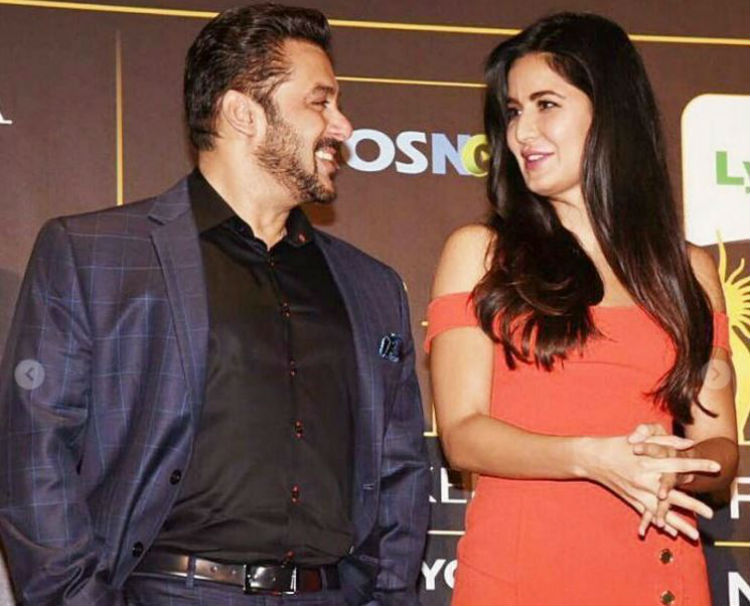 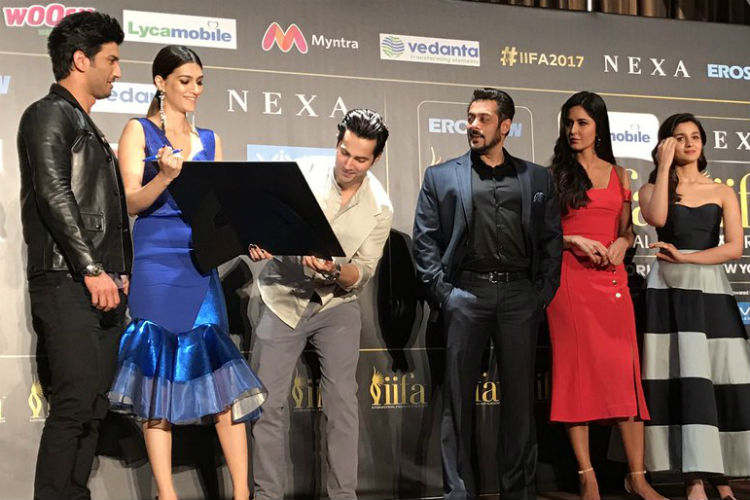