Sonam Kapoor, who always makes us gush over her high on fashion outfits is currently slaying it with her out-of-the-box and quirky outfits at the Cannes. Ditching those flowy princess dresses, Sonam Kapoor has set the temperature high with her prismatic saree, a pink Elie Saab gown and her recent bohemian look is currently the talk of the town.

And now some new pictures of the actress are doing rounds on the internet, in which she can be seen wearing an elegant white and blue ensemble by Abu Jania and Sandeep Khosla. Keeping her look natural with minimal accessories, this look of Sonam Kapoor is one of her best so far. The actress walked the red carpet of the 70th Cannes Film Festival on Sunday as the ambassador of the global cosmetic brand L’Oréal Paris and this latest look of her is reportedly for a Vogue India’s photoshoot.

While Shruti Haasan’s Cannes 2017 dress by Abu Jania and Sandeep Khosla was a complete disappointment, this summer-ready outfit of Sonam Kapoor is just perfect and the way she carried it is just amazing. See pictures here:

Also read: Sonam Kapoor’s day 2 at Cannes: The fierce Bohemian or the angelic princess, which look you like the most

Also read: Cannes 2017: Sonam Kapoor walks the red carpet like a royalty but we miss the perfect style diva

While her dramatic bell sleeves pink gown and sari were praised by all, her bohemian Anamika Khanna dress was trolled on the social media. Sonam Kapoor paired a mustard yellow wide-legged pant and a bralette-style blouse with a long red cape and completed the look with a red headscarf. But this look of the actress only invited trolls and they are hilarious. 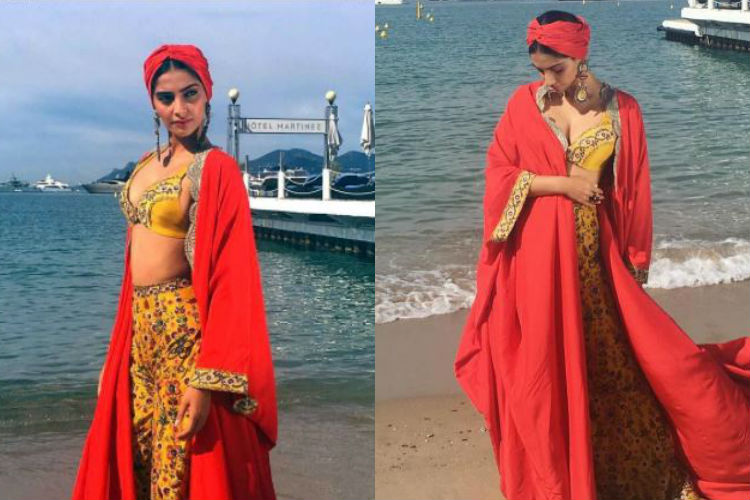 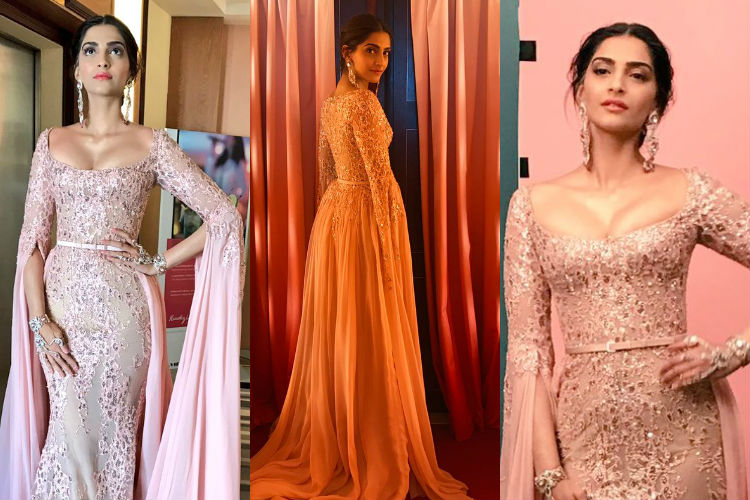 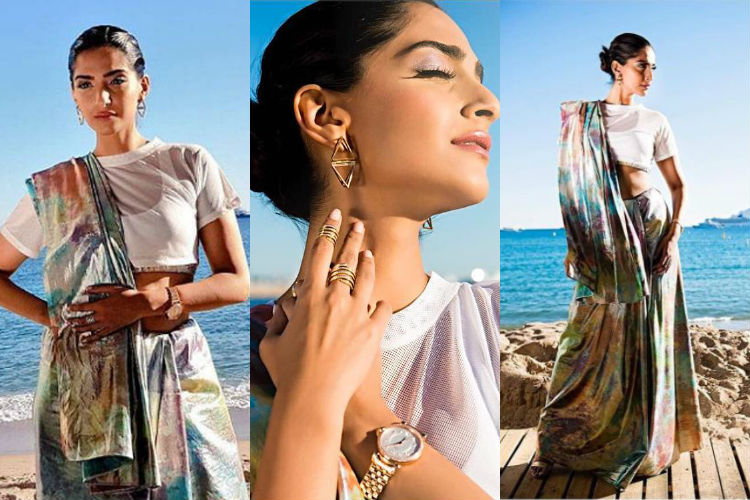 Also read: Sonam Kapoor and Rhea Kapoor’s label ‘Rheson’ should be your next shopping destination. Here’s why

The actress flew to French Riviera on Friday night along with sister Rhea Kapoor and she made sure that her airport style is on point. Sonam Kapoor, who recently launched fashion label Rheson with her sister, paired a top from their latest collection with a black pant and totally nailed the casual airport look. Have a look: