The world is still gushing over elegance with which Aishwarya Rai Bachchan walked the red carpet both the days. The actress, certainly, took the world by storm with her beautiful dresses. Well, the saga has still not stopped, as we have got our hands on a few other dresses that she wore at the film festival. The former Miss World was also the part of a photocall session. She chose to wear a beautiful custom one shoulder, blush pink Monisha Jaising gown and looked mermaid in it. She kept wavy hair look and of course the red lip shade that simply rocked the look.

Though her Ralph and Russo’s red ruffled gown stole the show, this one will make you fall in love with her once again. Aishwarya Rai’s stylist Aastha Sharma took to Instagram and shared a picture, she wrote, “Back from a photo-call and a late wrap! Thank you, Cannes for being so amazing. Aishwarya Rai Bachchan in @monishajaising @giuseppezanottidesign shoes, Styled with @reannmoradian @charlottewillermakeup @stephanelancien #lifeatcannes #lorealparisindia @lorealmakeup.”

Aishwarya Rai Bachchan didn’t stop here. She later wore a beautifully embroidered Georges Hobeika gown. This was another dress which made her look nothing less than a Barbie. The dress had splashes of green and red floral patterns along with a hint of blue. She kept her hair in soft waves styled by Dayaruci. Aish once again looked like princess.

The actor also donned a traditional outfit for her film’s screening. Wearing a gold and blue outfit with her red lipstick, she looked elegant as always.

Earlier, Aishwarya Rai stepped out in red-hot strapless Ralph and Russo gown outfit which has a sweetheart neckline and multiple folds. She has used Dark berry lips and heavily lined eyes to complete the look. 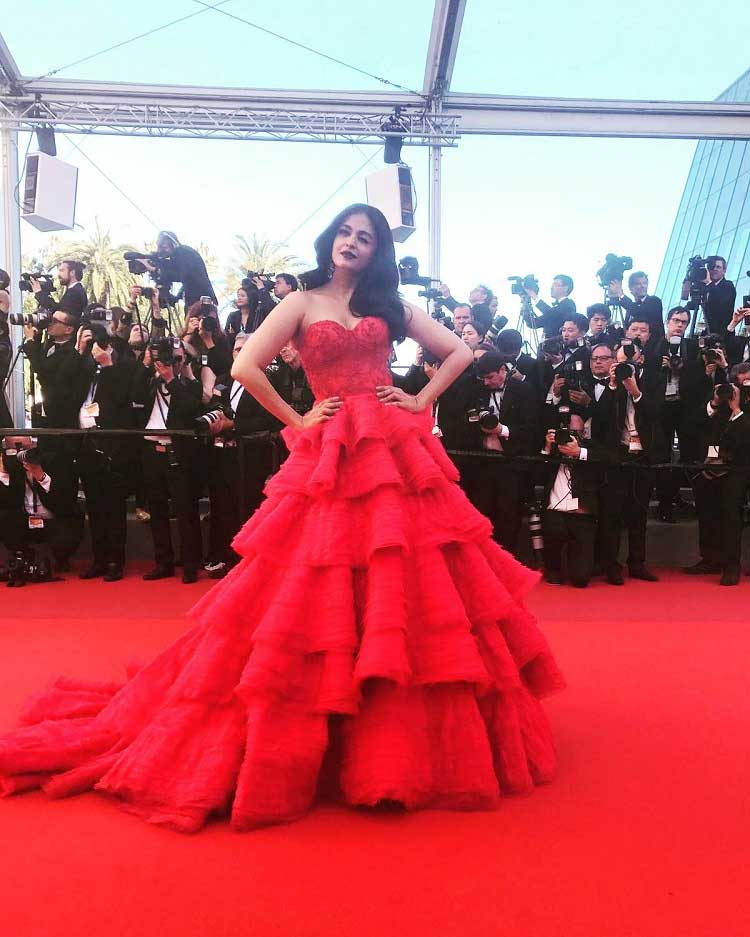 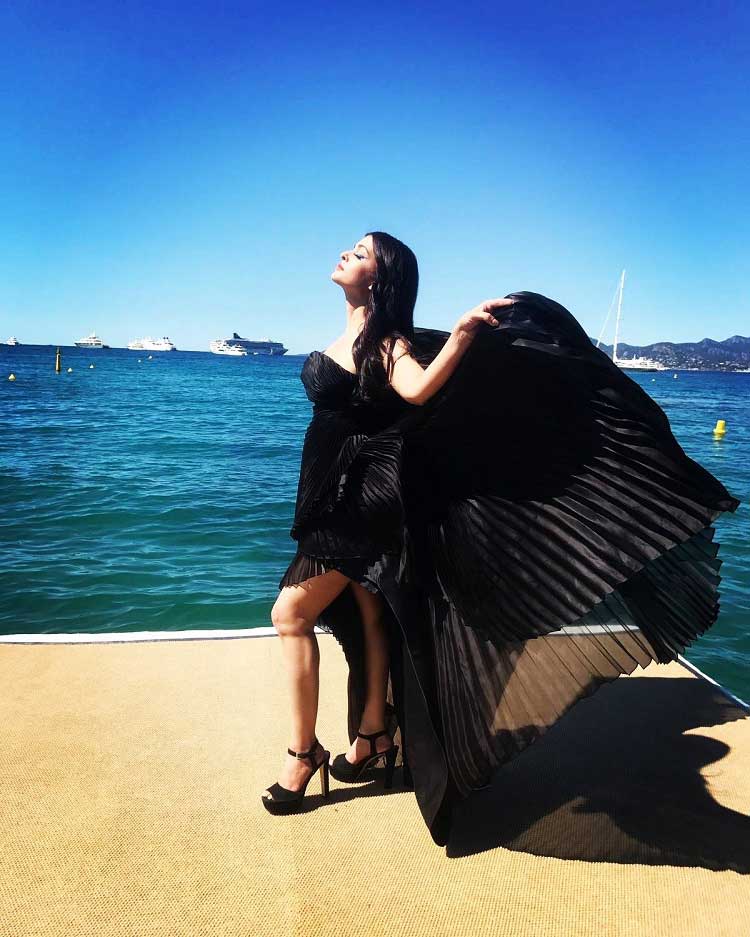 Aishwarya Rai posing by the French Riviera at Cannes 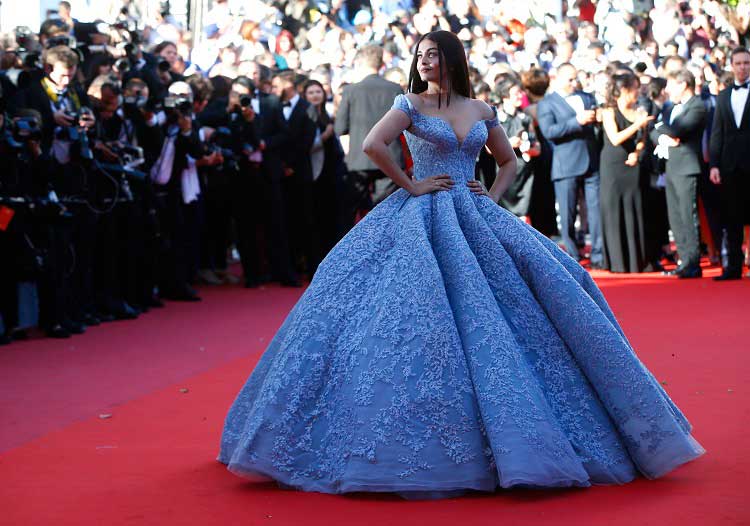 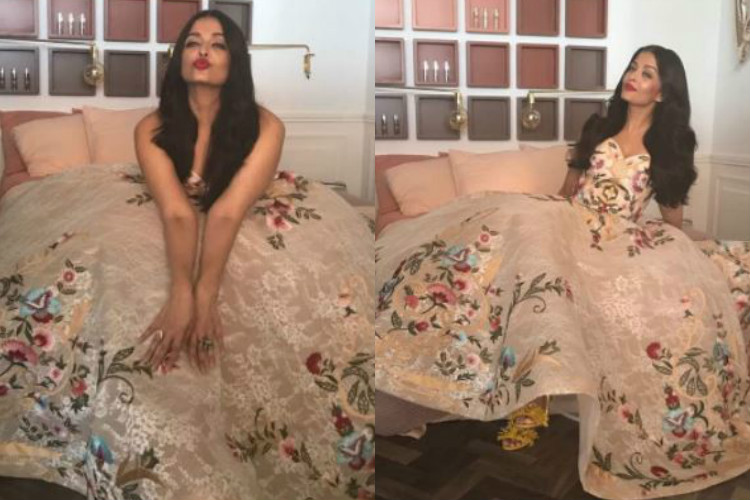 Aishwarya Rai looks super sexy in this photo from Cannes