Aishwarya Rai has reached the French city to attend the Cannes International Film Festival 2017. So if Deepika Padukone set the stage on fire with her near to perfect fashion sense, Aishwarya Rai is planning to impress the fashion police with her impeccable fashion sense. The actress has been a regular visitor to the event. The former Miss World has graced the red carpet time and again. Every time she walked the red carpet, Aishwarya Rai made her fans go gaga over her unmatched charismatic presence.

Last year at the Cannes International Film Festival, Aishwarya Rai grabbed the limelight for her purple lipstick. The fashion enthusiasts were divided over her choice for the lipstick. Some applauded the actress for her audacity while others could not help but criticise it. All in all, her fashion statement became a talking point among the people.

This time her daughter Aaradhya Bachchan has also decided to accompany the actress. Several pictures started doing the rounds when the gorgeous beauty and her daughter were spotted at the airport in Mumbai. The actress’s airport look was much talked about. After that, she has been again spotted heading off for an outing in the Cannes. 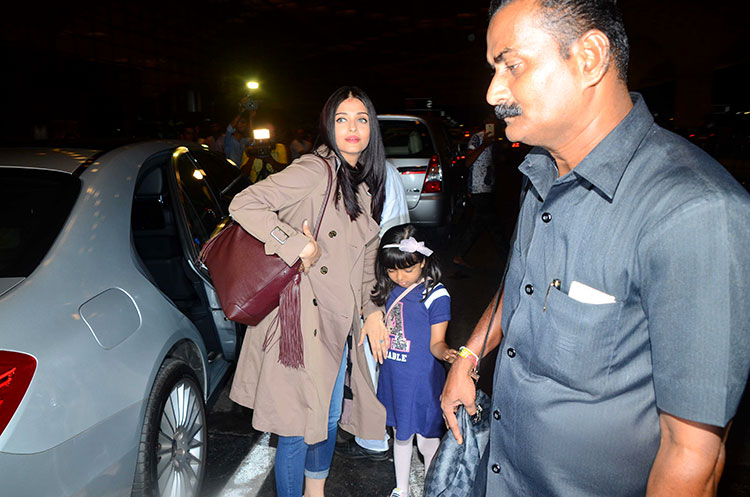 The actress wore a double-breasted Versace blazer on top of denim jeans. Her white coloured Dior Diorama bag was a lovely luxury. She wore ankle-strap sandals. Here are a couple of her pictures that are doing the round on social media. Aaradhya Bachchan can be seen flaunting her cute multicoloured frock.