Athiya Shetty recently featured on a cover of a popular fashion magazine along with her Mubarakan co-star Arjun Kapoor and the duo looked perfect together. While Arjun Kapoor wore a black tuxedo, Athiya chose to go for five different looks and looked stunning in each one of them. But one thing that disappointed us the most was Athiya Shetty’s ensemble. Yes, that is true. Three out of five looks of the actress were copied from other actresses and we can completely blame her stylist for not doing proper research before finalising the outfits. So without wasting any time, here’s a look three of Athiya Shetty’s outfits which are copied/ inspired by other Bollywood and Hollywood beauties.

The actress wore a shimmery red ensemble from Rodarte’s Spring 2017 collection which comprises a wide neck sequin embellished puff shoulder ruched blouse and matching sequin and lace tiered skirt. And the same attire was donned by Hollywood beauty Elle Fanning at the Harper Bazaar’s event in January this year. 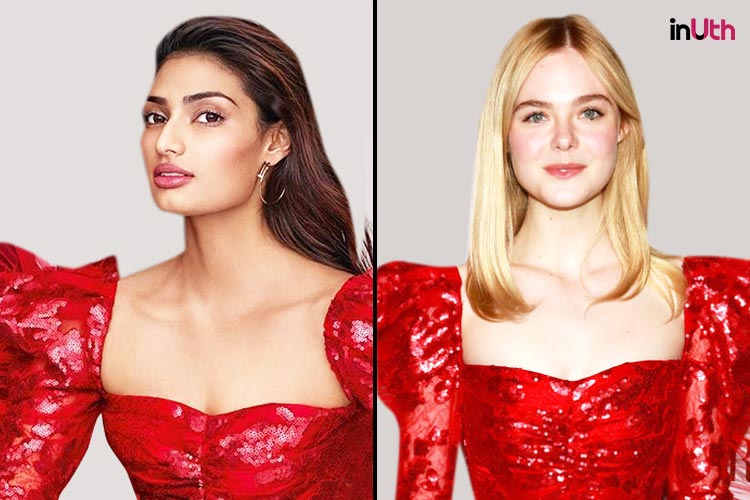 Athiya Shetty’s second outfit which was a beautiful parrot and pineapple satin viscose gown from Gucci was not completely copied but you can say was inspired by another Hollywood actress. Well, Nichole Kidman wore a slightly different parrot dress from Gucci at the Screen Actors Guild Awards 2017. Also, you will be surprised to know that Bollywood diva Priyanka Chopra donned the same outfit for the cover shoot of a fashion magazine and rocked the attire like a boss. 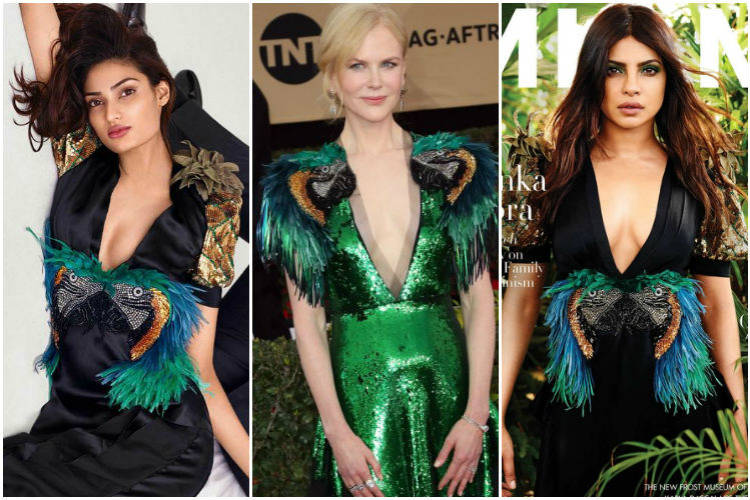 Last but not the least, Athiya wore a sexy long polka dot dress with ruffles and lace from Roberto Cavalli and looked absolutely stunning. Well, the same dress was again worn by none other than Priyanka Chopra for the cover shoot of another fashion magazine. Though Athiya looks beautiful in this Cavalli number, Priyanka Chopra again nailed the look completely. 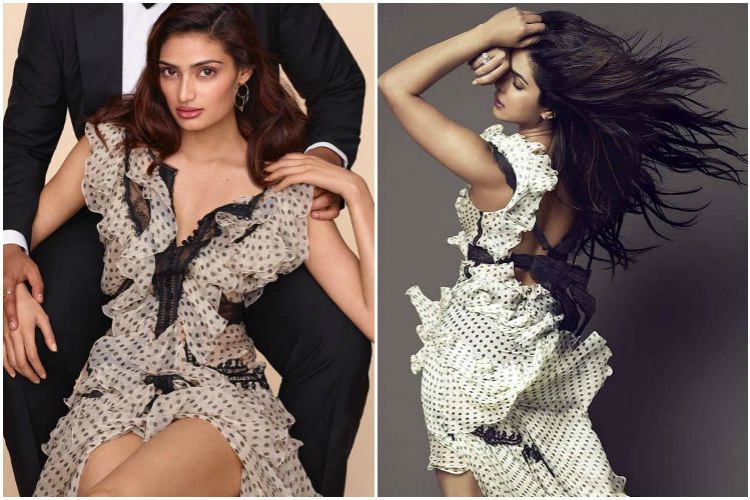 Now that you have seen all the three copied looks of Athiya Shetty, we wish her stylist would have come up with something innovative and quirky which we have never seen before.