Anya Singh, the Delhi girl, is the new face of Yash Raj Films and will soon make her Bollywood debut under the banner. Even before her big silver screen debut, Anya has already signed a 3-film deal with YRF. The talented new heroine of Yash Raj was found by the infamous casting director of YRF, Shanoo Sharma, who introduced Vaani Kapoor, Ranveer Singh, Arjun Kapoor, Bhumi Pednekar, Anushka Sharma and others to the industry. Also, Anya Singh will make her Bollywood debut opposite Aadar Jain, who is the grandson of legendary actor Raj Kapoor and cousin of actors like Kareena Kapoor Khan and Ranbir Kapoor. The film will be directed by Habib Faisal, who launched Arjun Kapoor and Parineeti Chopra in 2012 film Ishaqzaade.

Talking about Anya Singh, this Delhi girl is not only blessed with a beautiful face and a perfect body frame but is also a bundle of talent. In fact, it won’t be wrong to say that she is all set to rule Bollywood in the coming years. Her amazing fashion choices flaunts her hotness and a look at her pictures is enough to say she is a fashionista. 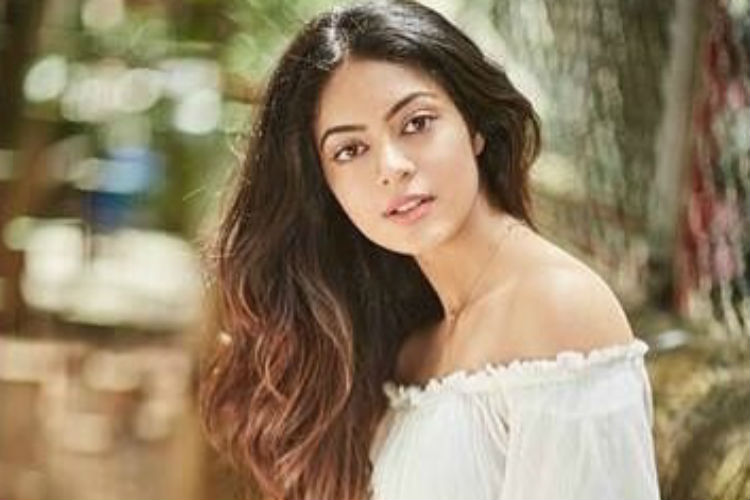 While there are just 25 pictures of Anya Singh on her Instagram account, each one of them has a story of its own. She also shared few pictures of her from the YRF photoshoot, which has captions like, ”Many said don’t even think about it. Few said think again. I said, JUST BELIEVE.” and ”Before the spotlight found me, I always had my sun.”

Well, these captions and stunning pictures of Anya Singh proves she is here to stay and we are super excited to see her on the silver screen.