The third day of Amazon India Fashion Week Autumn/Winter 2017 brought together a cocktail of glamour, tradition and the latest styles to the runways. On one hand, there were street styles with western silhouettes and bold embellishment, and on the other were long kurtas and lehengas in Indian motifs.

We have chosen the best looks of the day for you. Check them out.

An alluring collection of street style was showcased by the celebrity designer who used fringes, laces, a whole lot of shine and glimmer in her ensembles. Young and vivacious Alia Bhatt looked no less than a diva when she walked the runway as a showstopper for designer Namrata Joshipura for Maybelline New York show at the ongoing Amazon India Fashion Week Autumn- Winter 2017. Maybelline New York has partnered with Joshipura to bring to the fore the latest trends from the runways of New York. The perfectly-blended show focused on Maybelline’s new eye make-up range and designer’s New York inspired contemporary collection and the 24-year-old actress justified the theme of the show with aplomb. Talking about her collection for this season, Joshipura said that “No one can deny that we as Indians love drama, and the easiest way to manifest it is through gorgeous make-up and an elegant sense of style. 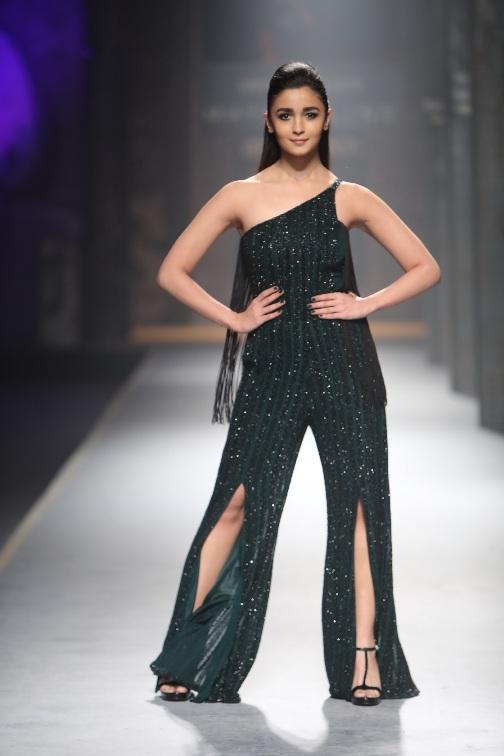 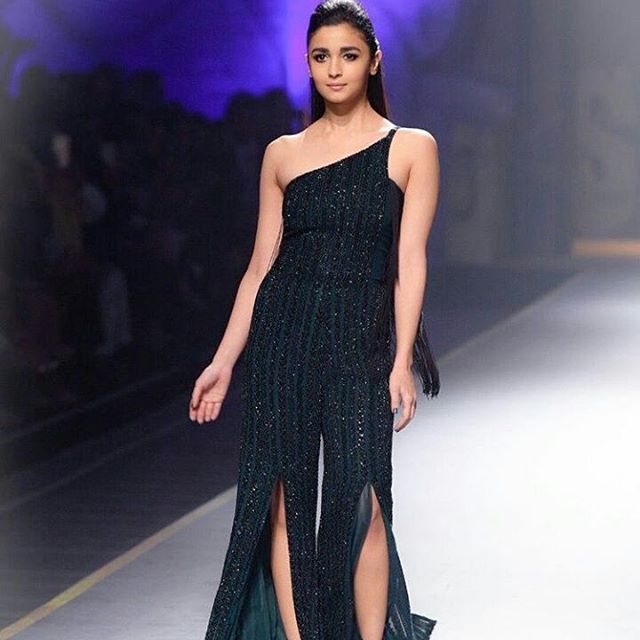 The celebrity quotient clearly increased with the presence of Bollywood diva Alia Bhatt sashaying down the ramp in a single shouldered deep emerald jumpsuit with high cuts on the bottom.

Anju Modi’s handcrafted collection called Neelambar celebrates India’s textile heritage. Fluid floral motifs were put together with structured silhouettes. Unearthing some of the hidden treasures of textile heritage, Modi presented an architecture-inspired collection that channel in the core tenants of the label which is Timeless, Vintage, handcraft and organic.

A juxtaposition of fluid floral motifs and organic elements with structural silhouettes and design details of the minarets, the collection titled Neelambar was an outtake of our rich textile legacy; an attempt to weave the traditional knowledge and skills of our master craftsmen with threads of modernity. 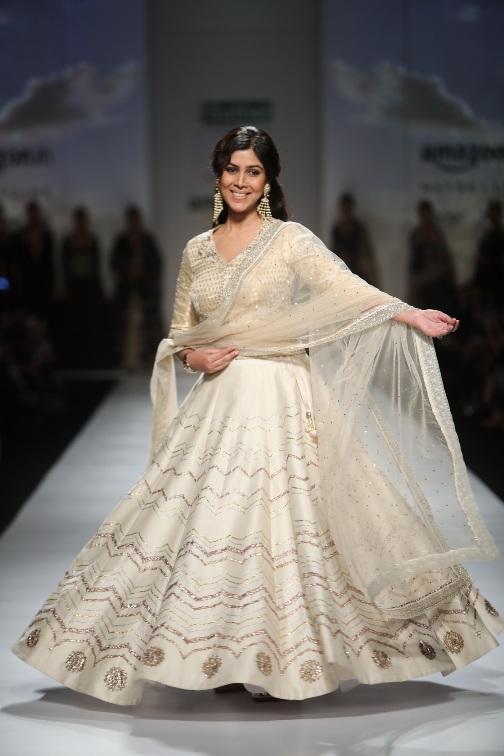 The collection featured footwear by Needledust and accessories by Roma Narsinghani. Actor Sakshi Tanwar walked for the designer in a resplendent white ensemble.

Pristine soft floral embroideries were the crux of this collection called ‘Kyari’ which is inspired from the snow capped Himalayas. 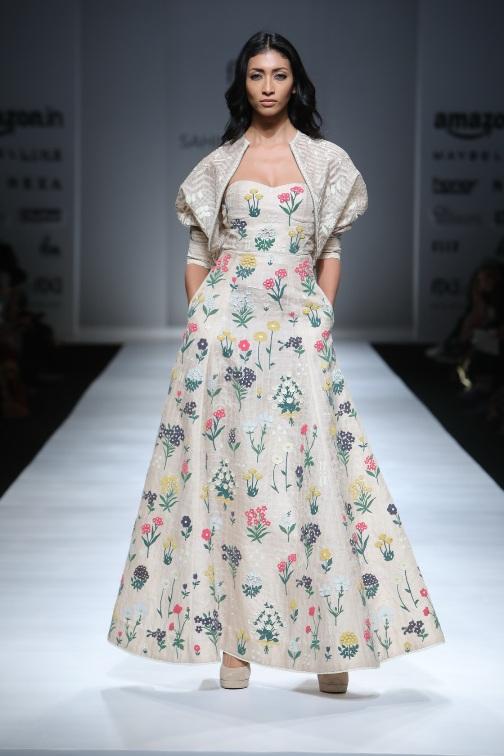 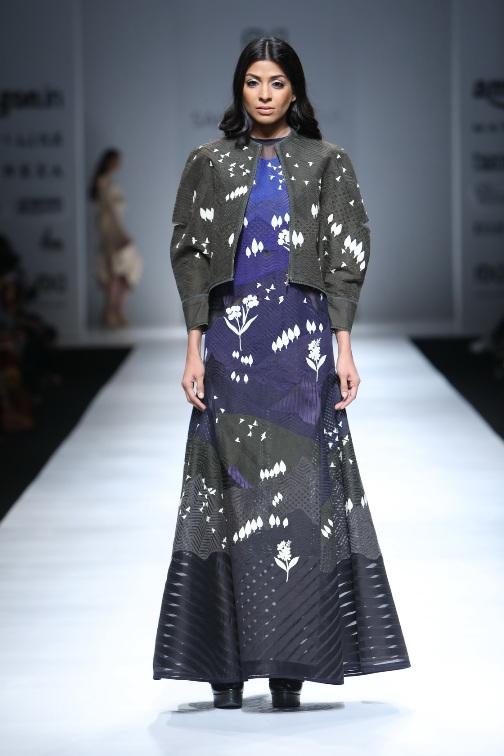 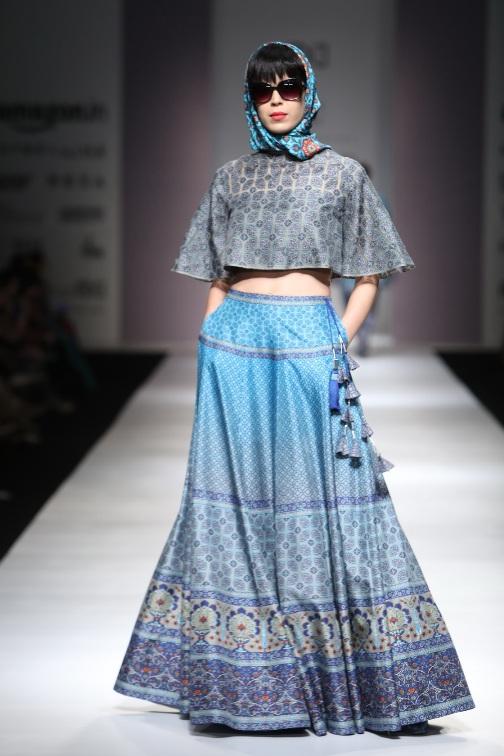 Dramatic sharp silhouettes in a mix of womenswear and menswear pieces ruled the ramp on the show. 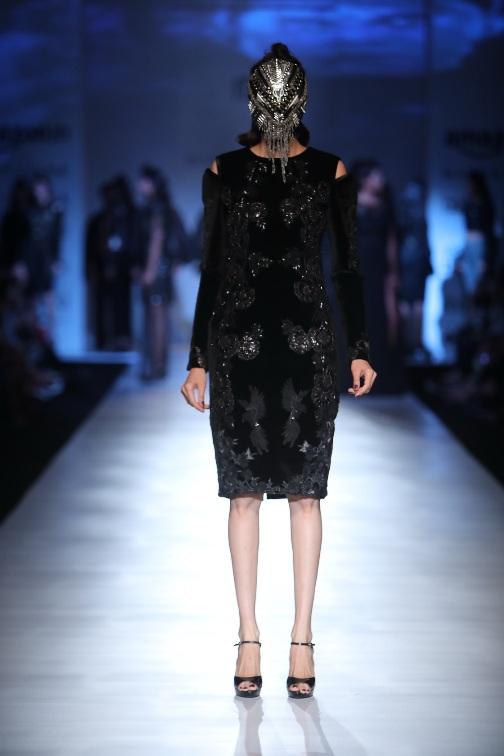 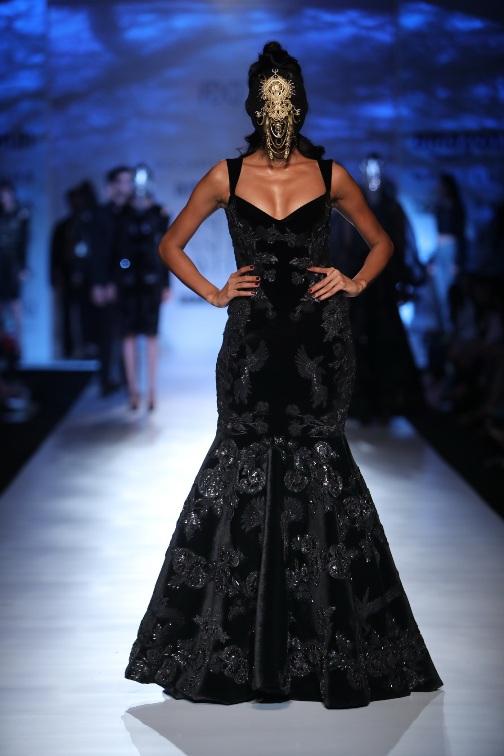 The ensembles had surface embellishments, patchwork and appliqué work. The masks were truly impressive and stood out from the other collections on the runway. 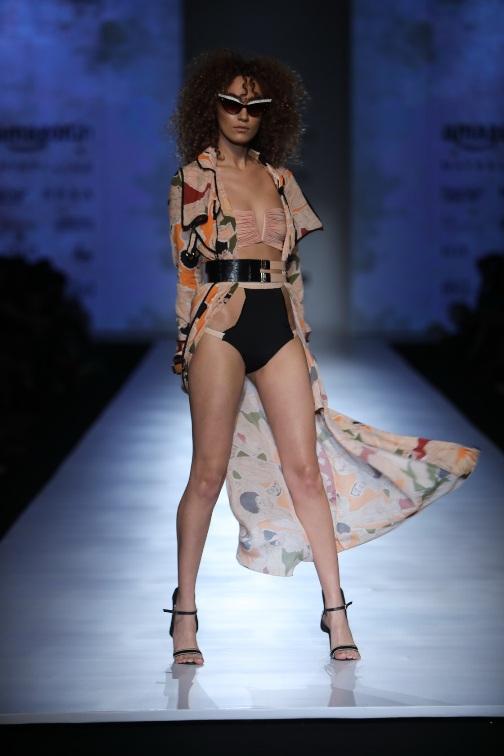 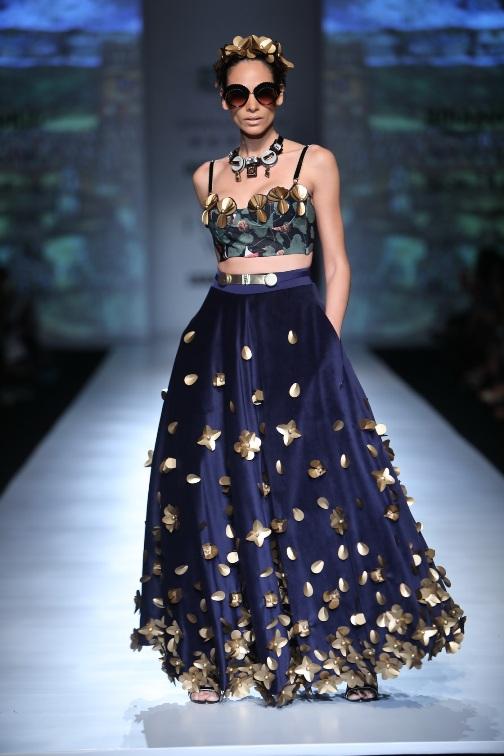 They had bikinis, gowns, draped sarees, jumpers among other ensembles that exemplify the epitome of glamour. The models donned eclectic accessories including cat eye glasses and some brilliant jewellery.

With inputs from IANS