(Excerpted from Imagining Lahore by Haroon Khalid and published with the permission of Penguin. Imagining Lahore is the story of this Lahore where the past lives with the present, where beauty hides in the ugly, where the reality of the city’s nature cannot be seen or heard but only imagined.)

Growing up I had always been slightly embarrassed of where I lived in Lahore. My home was at one end of the city, its southern border, in a small residential housing society surrounded by several localities with unusual sounding names – Hanjarwal, Maraka, Khadak, Nawa Kot. My earliest memory of these areas is that of repulsion, congested, chaotic, polluted, these areas were a far car from the fancier localities of the city where my friends lived. Everything ‘worthwhile’ restaurants, boutiques, schools and universities were on the other side of the city, where I used to commute every day.

It was one such evening that I was far away from home, in my university on the other side of city, attending a lecture titled ‘Sikh heritage of Lahore’. The talk was being conducted by a man called Iqbal Qaiser, a Punjabi poet, who has written multiple books, but his most celebrated work is ‘Historical Sikh shrines of Pakistan’ a documentation of almost 175 historical gurdwaras all across the country. Iqbal Qaiser we had been told had only managed to graduate from his high school, and all his subsequent education was self-taught.

During the course of the conversation Iqbal Qaiser casually mentioned Niaz Baig, another one of the congested areas around my home, and talked about how when Ranjit Singh took over the walled city of Lahore, its former ruler, found abode in Niaz Baig, from where, for a little while he tried challenging the rule of the young Maharaja. I was left astounded. Every day I had passed through this locality completely oblivious to its story and its history. How many other such stories lay buried in Lahore, within these congested localities. I knew I had to learn more and had found the perfect teacher. 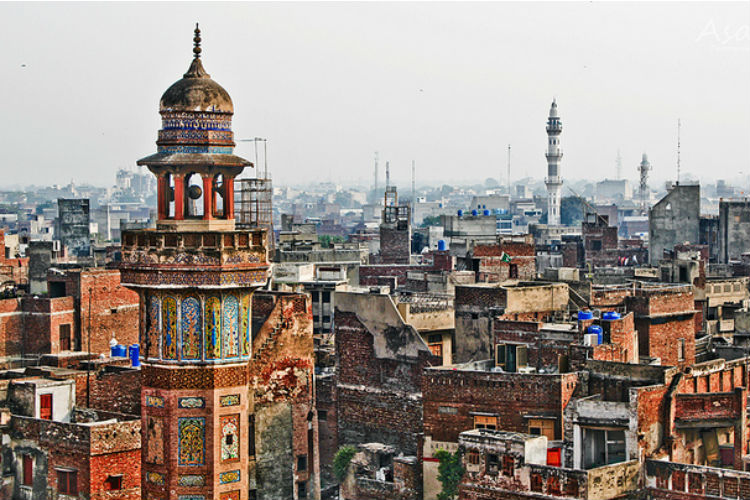 In the years to come Iqbal Qaiser and I traveled extensively around the city. We visited several such localities. We photographed old temples and gurdwaras that had been converted into schools, residential quarters and sometimes even into madrassahs. We saw traces of havelis that highlighted the economic significance and independence of these localities before they were reduced to a new kind of exploitative relationship with the metropolis that was emerging. We sat in the courtyard of Sufi shrines, some of which several centuries old, witnessing traditions that had emerged from an age old interaction
between Muslim and Hindu culture.

While the present day landscape of the city is dominated by the names of prominent Muslim League leaders, we heard in the nooks and corners of the city stories of the Ghadar Movement, Bhagat Singh, Lala Lajpat Rai, and Jawaharlal Nehru. We stood atop ancient archaeological ruins that had survived the Ghaznavid, Mamluk, Mughals, the British, the Sikhs and now Pakistan. Completely unexcavated here I could here the chants of Valmiki’s Ramayana as he taught Lava and Kusha, the twin sons of Ram. Later the two of them are believed to have founded the twin cities of Lahore and Kasur.

Somewhere in the span of these years and through these travels the city had transformed. The old ‘modern’ edifice as I had remembered disintegrated as new ‘ancient’ city was resurrected. But it was not Lahore that had changed. It was me. Wandering through the streets of the city, I had not realized that the city had become me, and I the city. It is the same song Sufi saints have chanted for generation. It is this bond that Shah Hussain, a 16th century mystic from Lahore talked about when he said:

“Calling upon the name of my beloved (Ranjhan)
I myself became Ranjha
Call me Ranjhan for I am no longer Heer.”

In these journeys my fate had already been decided. It was not me, who was writing the story of Lahore, but the city itself narrating its tale. 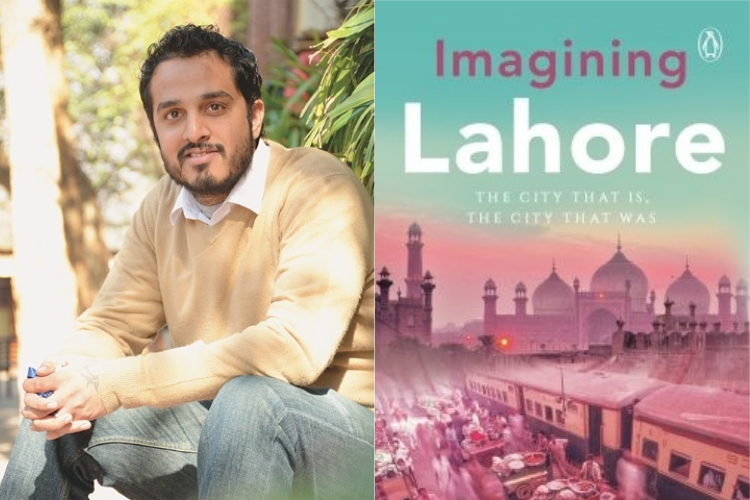 But what is the story of Lahore? Like any individual it is a story of contradiction. It is the story of love and hate, of violence and peace, of syncretism and fundamentalism. Lahore today is the symbol of Punjab’s hegemony, of skewed priorities, but it is also the home of Habib Jalib, one of the most potent challenges to this authority. It is the home of Majlis-i-Ahrar that represented the rise of religious right in the country, but also was home to leftist politics in the country.

It is the city that saw the rise of Zulfikar Ali Bhutto but also that brought him down. It became the emblem of the colonial imperial state but also was home to radical revolutionaries who wanted to overthrow the yoke of this foreign power. It was the seat of Mughal authority but also the city that saw several challenges to that seat. It saw some of the worst Partition riots in the Punjab but today that violence has given birth to a beautiful culture at the temple of Valmiki, where Hindus, Muslims and
Christians worship together.