(Excerpted from The Kipling File by Sudhir Kakar and published with the permission of Penguin. The Kipling File is a moving story of doomed friendship and difficult love recounted against the culturally diverse backdrop of Anglo-Indian life in the region of Punjab, that has begun to stir with vastly growing anti-colonial sentiment.)

Remember Mowgli, the much loved little boy from The Jungle Book? The heartwarming story has been transformed into a movie and TV series successfully. But how often is the creator behind this character discussed? The colourful imagery in the mind of Rudyard Kipling, entwined with jarring phases of reality is something not very many are aware of. This book is an ode to the countless years of struggle young Ruddy faced to become the celebrated Rudyard Kipling, as he’s recognised in the modern day.

Regarded as one of the best known late-Victorian era poets and storytellers, Rudyard Kipling was a fascinating melange of fire and ice. A man with a heart of gold but a temper akin to a rumbling thunderstorm.

In the developing years of British Raj, in 1880s’ Lahore, Kay Robinson recounts his experiences with Kipling, when he presided over as Editor of the Civil and Military Gazette. Assisting him, in his work would be a young, Rudyard Kipling, a lonely, impulsive man who pursued big dreams of becoming a writer. While earlier bosses dismissed Kipling’s literary inklings as fanciful and foolish, Robinson was different and continued to encourage the young ‘Ruddy’, as he was fondly called, giving him a fair share of creative freedom at the Gazette. As their relationship gradually turned into friends and confidantes, Robinson became a witness to intimate glimpses of the Kipling family, where he is fell head over heels in love with Kipling’s sister, Trix. 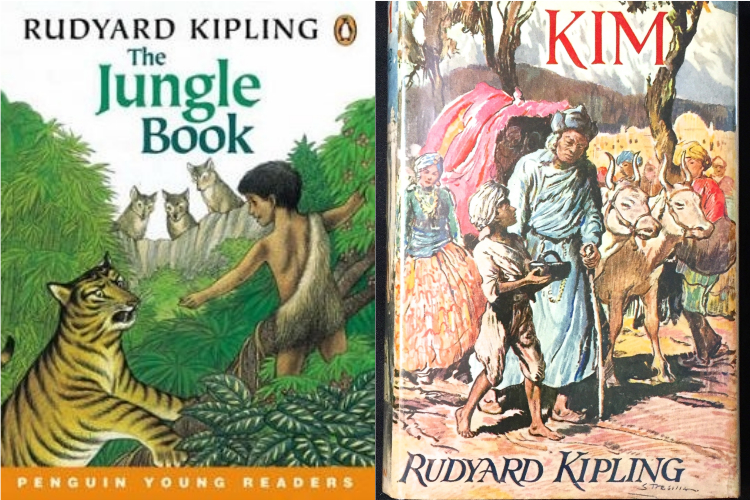 Acclaimed psychoanalyst and writer Sudhir Kakar vividly reimagine the formative years of Rudyard Kipling, as the future author steps into the abyss of colonial India while working for the Civil and Military Gazette in Lahore, in the 1880s. This is a tale of the turmoil ranging from a difficult, doomed friendship and a tumultuous love story —that shaped the future Nobel-winning author of classics such as The Jungle Book and Kim. Narrated by Kipling’s editor at the Gazette, Kay Robinson, it depicts an extraordinary Anglo-Indian life in a Punjab that is beginning to stir with the anti-colonial sentiment.

In 1882, Kipling returned to India for good, after spending a small portion of his childhood here. It was a powerful period of breakthrough in the young writer’s life. The different sights and sounds, even the language, which he’d faintly remembered, rushed back to him upon his arrival.

Kipling settled with his parents in Lahore and, with his father’s referral, found a job with a local newspaper. The job offered Kipling a good excuse to discover his surroundings. The time of the night, especially, proved to be valuable for the young writer. Kipling was a man of two worlds, somebody who was embraced by both his British counterparts and the native population. Sleepless due to insomnia, he spent many a night roaming around the city and got a sneak peek into the brothels and opium dens that rarely opened their doors to Britishers. 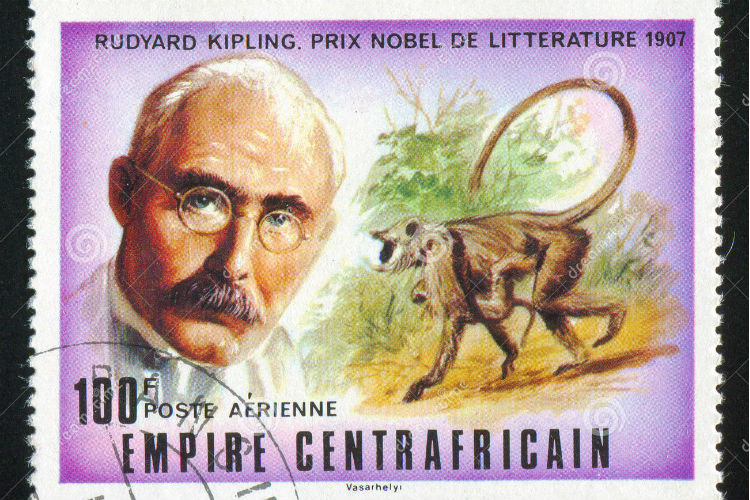 Kipling’s personal experiences during the time in India, formed the backbone for a series of stories he began to write and publish. They were eventually assembled into a collection of 40 short stories called Plain Tales From the Hills, which amassed wide popularity in England.

The story progresses to a post-marriage scenario, when after the birth of two daughters Kipling went on to write ‘The Jungle Book’ in 1894. In 1896, a quarrel with his brother-in-law prompted him to move back to England and he settled with his own family in Sussex. Soon after, his son John was born in 1897.

By now Kipling had attained immense popularity as writer and poet for children and adults. His famous writings ‘Kim’ (1901) and ‘Just So Stories’ (1902) were an ode to his daughter Josephine, who died of pneumonia aged six.

Contrary to expectations, Kipling remained grounded and throughout his career, turned down many honours in his lifetime, including a knighthood and the poet laureateship, but in 1907, he was the First British author to be honoured with the Nobel Prize for Literature.

In 1915, when his son John, went missing while serving the Irish Army in the Battle of Loos during World War 1, needless to say, Kipling was in a grave shock, and faced a huge difficulty in overcoming his son’s death. Kipling had played a major role in getting the severely short-sighted John selected for the military service, and subsequently went on to write an account of his regiment, ‘The Irish Guards in the Great War’.