Crammed on the eastern edge of Dilli’s murkily populated Nizamuddin Basti, is a charnel house adorned with exquisite stone and trelliswork. It is the tomb of Urdu and Persian literature’s most romanticized composer, Mirza Asadullah Khan, pen-name Ghalib – meaning conqueror.

Beautified with marble inlays and red sandstone, it has Ghalib’s famous verses inscribed on a marble slab in Hindi, Urdu, and English translations. 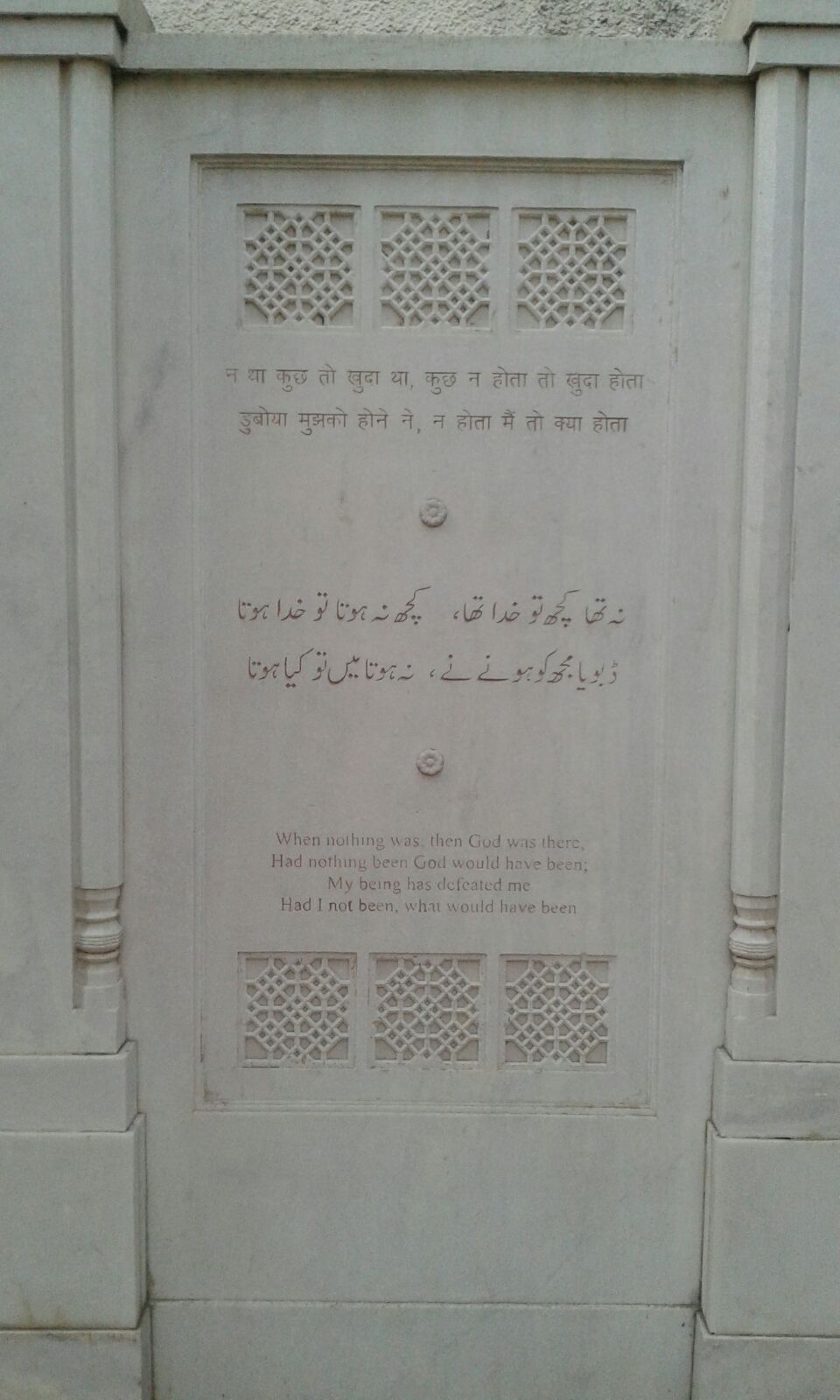 Born on December 27, 1796, in Hijri, Agra, his genius remains unrivaled to this day. Today we commemorate the 219th birth anniversary of arguably one of the finest Urdu poets with his most famous couplets.

Ghalib’s greatness is not merely limited to the beauty of his poetry and the quality of his words; his true genius lies in the fact that he would study human psychology and the realities of life in depth and would embed it in his poetry with great simplicity thus making it accessible for the common man.

Ghalib began composing verses at the early age of 10 or 12 and had written many of his best-known ghazals by the time he was 19. Although his first language was Urdu, he was also proficient in Turkish and Persian as both languages were spoken at home. He received formal education in Persian and Arabic at a young age.

During his lifetime, he wrote several ghazals and carrying his legacy forward, people have sung it in numerous ways. Ghalib’s inimitable poetry is not only popular in Pakistan and India but also appreciated in South Asian communities around the world.

I have a thousand desires, all desires worth dying for

Though many of my desires were fulfilled, a majority of them are still unfulfilled. 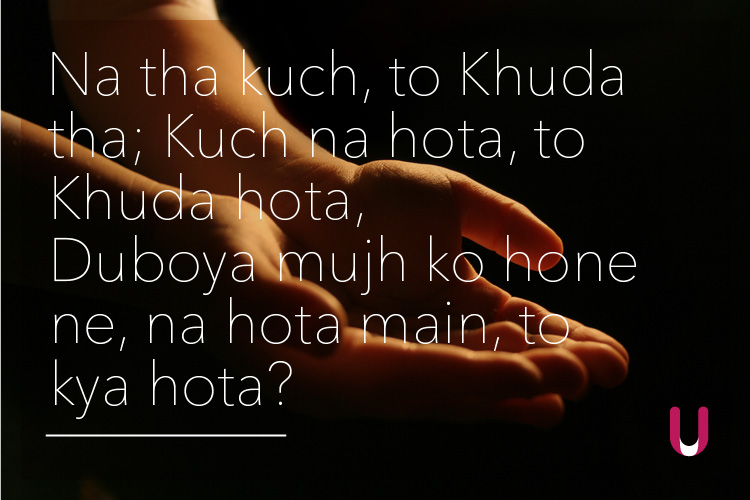 God existed when nothing else did, God would have existed if nothing were there.

I have been undone by my being, nothing would have been lost if I were not here. 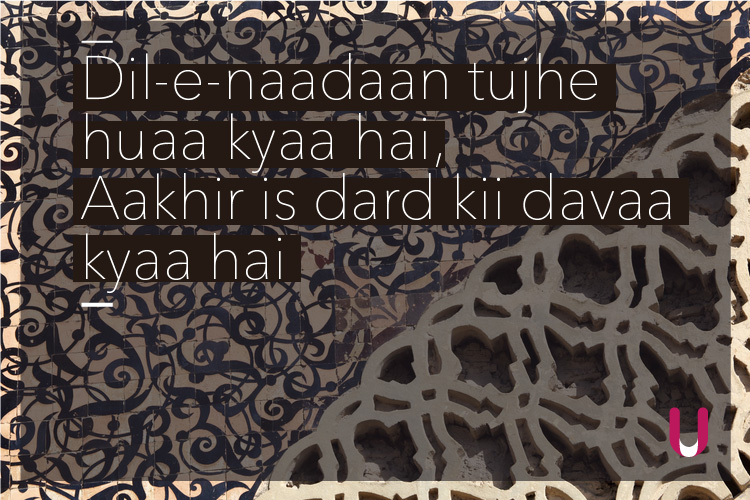 Oh naïve heart, what is the matter with you?

Why are you in such a bad shape? What is the cure for this pain? 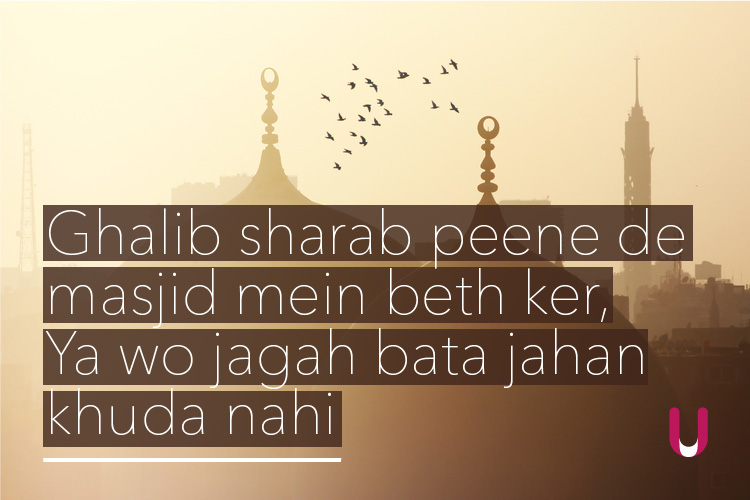 Let me have the liquor in the mosque

Or tell me a place where Allah doesn’t reside. 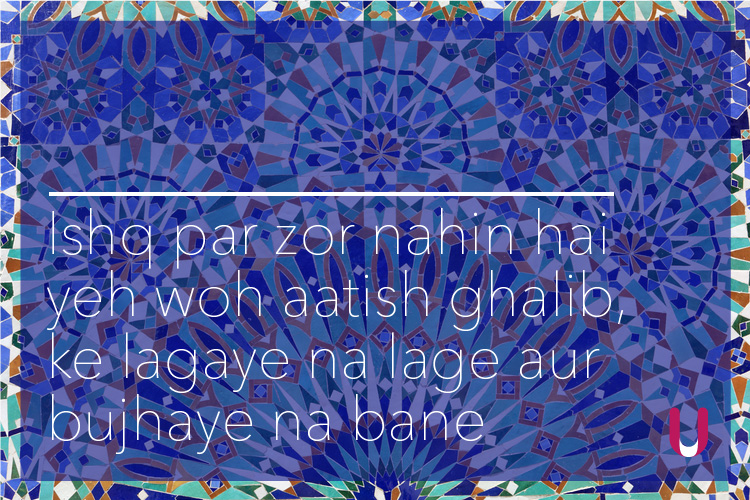 Love can’t be tamed, it’s like a fire that overpowers everything else

It doesn’t start when forced; but once started, it’s impossible to extinguish. 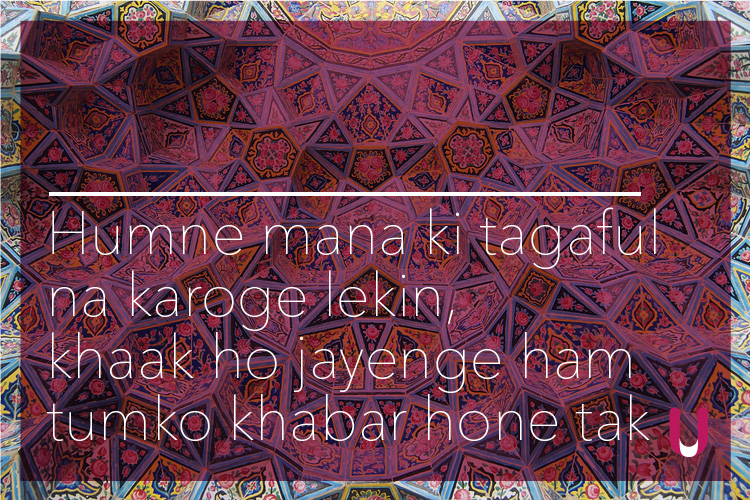 But ere you come to know, I’d be no more. 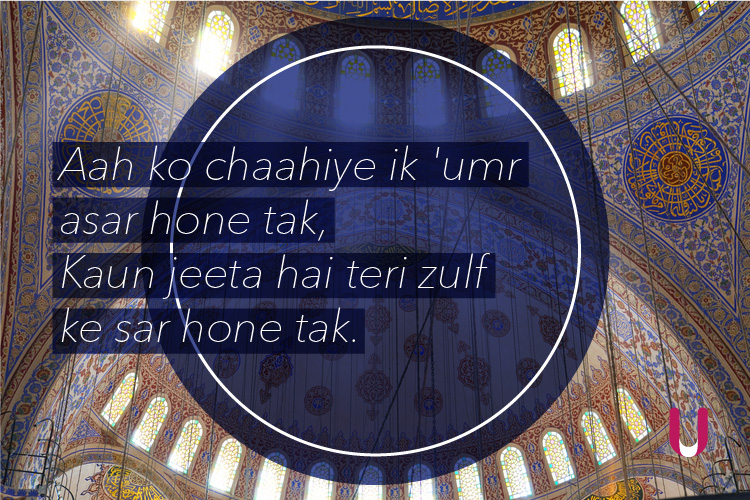 A lifetime passes before a sigh shows its effects.

Who would wait so long to see your curls fixed up? 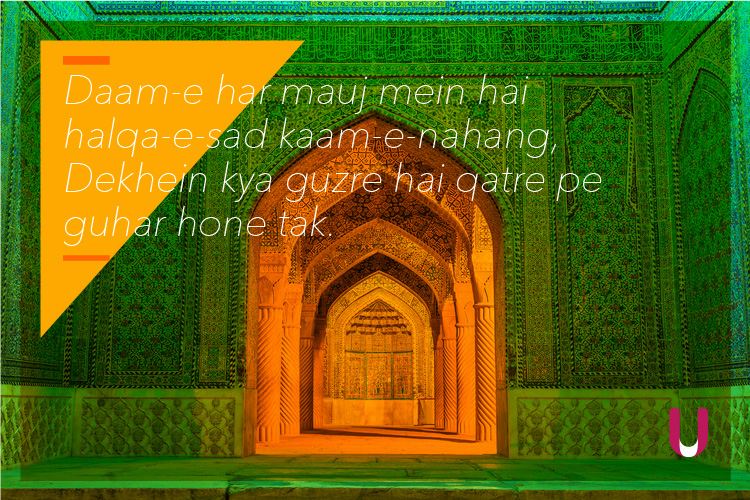 A hundred crocodiles lie ambushed in the web of every wave,

See what happens to the droplet ere it becomes a pearl. 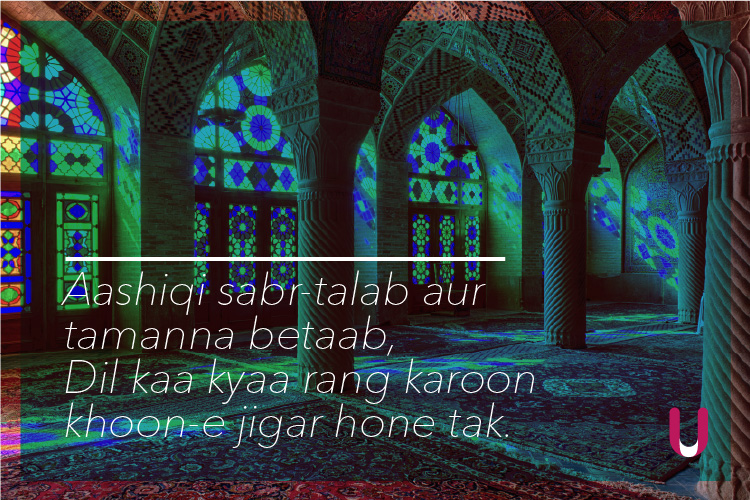 What to do with the heart till it bleeds to death! 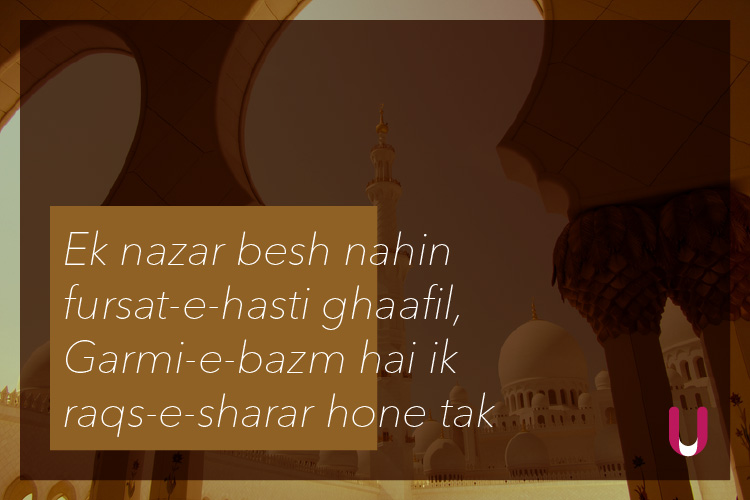 Short is our lifespan, as the twinkling of an eye,

The glamour of the court is but the glimmer of the spark. 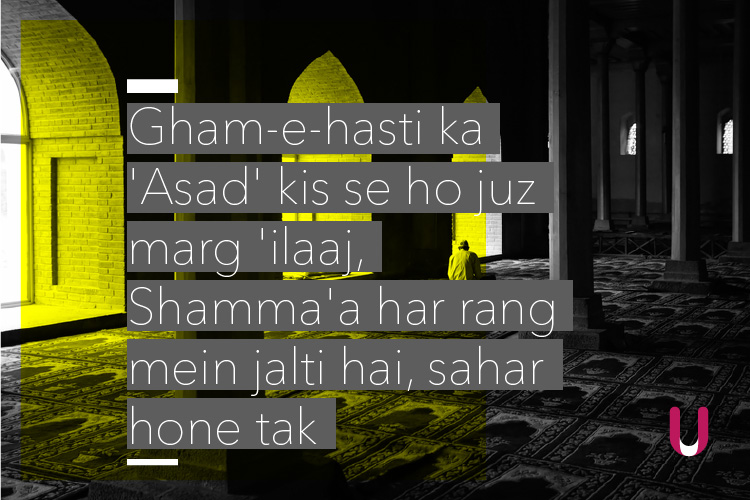 Who but death can cure, Asad, the sorrows of this life,

The candle burns in many colors, right till the dawn.

Ghalib made Delhi his residence and during his 50 years of stay never bought a house. He would change his rental place frequently when he felt he had lived for enough time there. The place where he breathed his last is in Gali Qasim Jaan, Ballimaran, Chandni Chowk, Old Delhi, now known to the world as ‘Ghalib Ki Haveli.’

There are many good poets worthy of praise.

But, it is said that Ghalib has the most distinctive style.