(Excerpted from The Great Smog Of India by Siddharth Singh and published with the permission of Penguin. An energy, mobility and climate policy expert, Siddharth Singh talks about where we are, how we got here, and what we can do now about the ‘The Great Smog of India’ and makes clear what the repercussions will be if we remain apathetic.)

Pollution in China has turned out to be not merely a problem for the country, but also an international political issue. There has been a considerable impact not only on neighbouring countries like the Koreas and Japan, but there has also been trans-Pacific transport of air pollution from China to the west coast of the United States. This has violated health-based US air quality standards even though local emissions in the US meet their domestic emission standards. In a display of inadvertent justice, since the US consumes Chinese products—the manufacturing of which leads to emissions within China—it is having to suffer through some of these adverse consequences as these pollutants reach American shores.

Within China, people have reacted in the only way they possibly could: self-preservation. As the upper middle class began to escape the dire situation with skyrocketing purchases of air purifiers and face masks, one of the many news articles in China declared, ‘Clean air for sale in China.’ Schools went one step further by installing fabric domes over their campuses so that children could play ‘outdoors’ as air quality remained at critical levels. 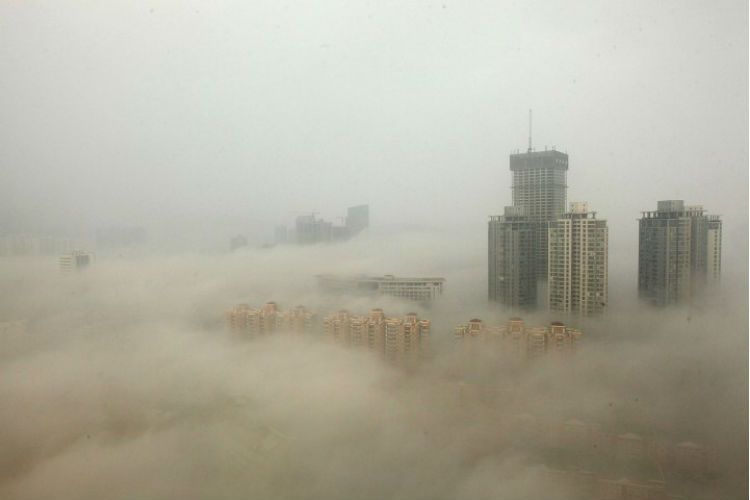 While Chinese citizens did what they could, the need to combat the air pollution crisis found resonance at the highest levels of the government. In 2014, at the Communist Party of China’s annual meeting, Chinese Premier Li Keqiang said, ‘We will resolutely declare war against pollution as we declared war against poverty.’ Li described the smog as ‘nature’s red-light warning against inefficient and blind development.’ In 2017, Li said, ‘Officials who do a poor job in enforcing the law, knowingly allow environmental violations, or respond inadequately to worsening air quality will be held accountable [. . .] We will make our skies blue again.’

The Chinese approach has attempted to be pro-economy, as even though they have imposed curbs, they have also invested in cleaner technologies and fuel efficiency while improving the productivity of the workforce. China has been able to use the might of the state to enforce measures in a top-down fashion, which would not be imaginable in the US, UK or India. In the run-up to the 2008 Olympics, the APEC (Asia–Pacific Economic Cooperation) Summit in 2014 and the Second World War Seventieth Anniversary Military Parade in September 2015, the Chinese government was able to take emergency steps like control measures in power plants, transport systems, construction sites and more than 10,000 factories in Beijing as well as six other neighbouring provinces.

These emergency curbs are unsustainable in the long term as they impact employment, poverty reduction and economic growth. In the longer run, these policies need to be less disruptive, although the Chinese government has managed to be far more aggressive than others. In their Air Pollution Prevention and Control Plan of 2013, there are explicitly laid out targets of average particulate matter concentration for different regions. In comparison, even though India’s air quality index has a measure for acceptable particulate matter levels, there are no region-specific PM targets to be met. 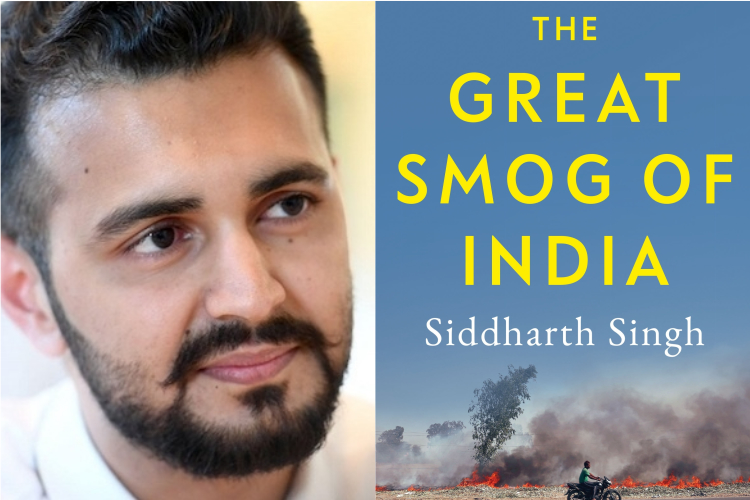 China’s long-term pollution-fighting measures have included a nationwide cap on coal use (Beijing had to reduce coal use by 50 per cent between 2013 and 2018 for instance), a ban on building new coal-fired power plants, strict standards on sulphur dioxide emissions, imposing curbs on aluminium, cement and steel industries in the region, stalling large construction projects in the smog months to reduce the movement of trucks, shutting down highly polluting industries, moving other polluting industries to regions away from populated centres and undertaking an aggressive expansion of renewable energy.

Some of these curbs have been drastic (possibly even ‘draconian’ to the industries involved) and have preceded the availability of alternatives. In various provinces around Beijing, local authorities had dismantled coal-fired heaters before the winter in 2017, making indoor spaces in schools and homes unusable, especially on days when temperatures were below freezing. These coal-fired heaters were to be replaced with gas, but the new infrastructure for gas had not yet appeared.

Instead, people saw the following message scribbled on the walls of their towns: ‘If you burn coal, we’ll see you in the detention centre.’

Such drastic measures have led to a considerable improvement in air quality. By 2016, Beijing—once the Delhi of the air crisis cities—had cut particulate matter levels by more than 25 per cent from its 2012 levels. By 2018, particulate matter concentration fell a further 54 per cent from the previous year. In another twenty-six cities, pollution fell by 30 per cent. Air quality in China, while improved, still has a long way to go. Given that their massive clean-up process is still underway, the country—and the world—will increasingly start perceiving change over time.