(Excerpted from ‘Ganga: The Many Pasts Of A River’ by Sudipta Sen and published with the permission of Penguin. Chronicling the river’s first settlers, its myths of origin in Hinduism and its significance in popular Buddhism, historian Sudipta Sen tells the story of the world’s third-largest river from prehistoric times to the present.)

Underneath the random spectacle of ghats, temples, and markets lurks an emotive sense of place tied to cosmology and deep history that may have survived the encroachment of the present-day nation-state and global tourism. It is invoked each time a devotee visits a shrine. In the acts of travel and circumambulation, he or she is retracing the cognitive atlas of a much older proto-Indic, geographical space tied to the Puranic idea of Bharatavarsha: land of the descendants of King Bharata of the lunar clan, who defeated all the kings of the world and performed four-hundred-horse sacrifices on the banks of the Ganga. Puranic cosmology, places where deities are known to have come down to earth (Sanskrit avatarana, hence Avatar), the four principal abodes or dhams, and the self-manifestation of divinity in graven images all converge in this imagined space. Members of ascetic religious orders who frequent Varanasi or the holy bathing steps of the Allahabad confluence at Kumbh pitch their tents consciously according to rules derived from this sacred formula or device (yantra). The Ganga in this ritual context reassumes its original threefold shape, tripathaga, charting its course from the original celestial abode to earth, but also to the subterranean realms of the known world (patala). During the time of the great fair of Kumbh, with the right concatenation of stars and planets at the vernal equinox, it transfixes its devotees once again as the primordial river, flowing from the foot of Vishnu; cascading on the matted locks of Shiva; splashing on to the roof of the world, which is the mountain of Meru; and gushing forth into the four cardinal directions. 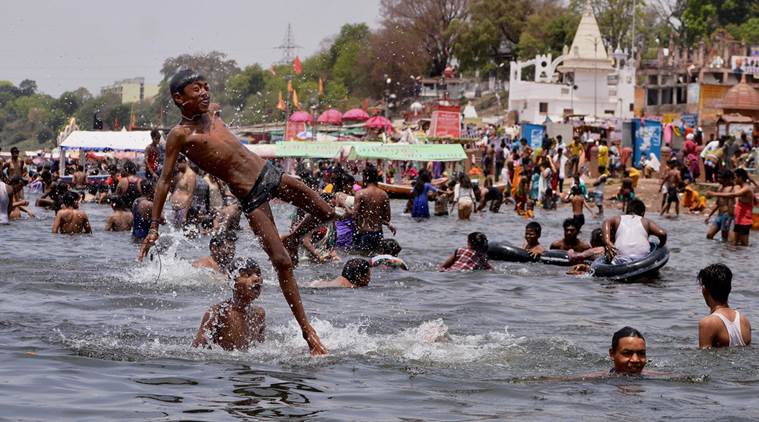 Varanasi, which is an earthly form of Shiva’s celestial body, is seen as an assemblage of concentric circles. Kashi is the largest unit, Varanasi is somewhat smaller, and the city between the two smaller rivers, Varuna and Asi in the south, is lesser. Still smaller is the Avimukta Khsetra, or “un-forsaken,” zone of Shiva, which measures about two to three miles in all four directions from the temple of Krittivasa. Diana Eck points out that the transcendent geography of Kashi lies astride the physical layout of its temples and ghats; such a space is traversed not by the physical body but only in the inner realms of the mind. In this form it encapsulates the logic of all sacred spaces of India. It is also a space of death and salvation. The Kashi Khanda stipulates that in Shiva’s domain, people who leave their mortal bodies are instantly freed from the chain of birth and death. The anthropologist Jonathan Parry
describes how the Panchakosi road that marks the wider orbit of sanctity in Varanasi is for many a space coveted for an ideal death. Many do not make it alive at the final hour to enter this charmed circle for cremation, where Shiva himself is supposed to recite the taraka mantra, the seed-incantation of release. Varanasi is thus a place of ultimate destiny, the fires of its famed cremation grounds waiting to receive the fresh remains of supplicants; a city of the dead and the dying; a gateway to ancestors and other celestial beings. And thus history and legend abound with examples of those taken to the city to die who must not return to mundane life if they happen to live on. Many such houses that still stand by the banks of the Ganga were built for temporary occupants on their way to the afterlife.

Pilgrimages to prescribed sites on the Ganga have always been a mass phenomenon. The fair of Kumbh in Prayag, Allahabad, which is held in the winter months and appeared in Time magazine in 2013, recorded eighty million people visiting the site over a period of fifty-five days, making it the largest pilgrimage in the world and perhaps the only human gathering that can be seen in satellite images from outer space. Jawaharlal Nehru in his autobiography speaks of the great mass of peasants who flocked to the banks of the Ganga by the thousands during religious fairs and festivities, representatives of the “naked, hungry mass” that he always had taken for granted before he began his political work as a peasant leader. The sheer magnitude of such numbers makes it difficult to write a granular history of pilgrimage attentive to changes in piety, patronage, the rise and fall of religious orders, and popular forms of piety as instruments of quiescence in the hands of contending regimes. Despite its punishing hierarchies and ritual strictures, popular veneration of the river also give us a glimpse of the Indian subcontinent as an open society, where children, widows, wanderers, ascetics, priests, peasants, traders, soldiers, kings, and landlords could break rank for a moment and mingle with the crowds as part of an indistinguishable mass. 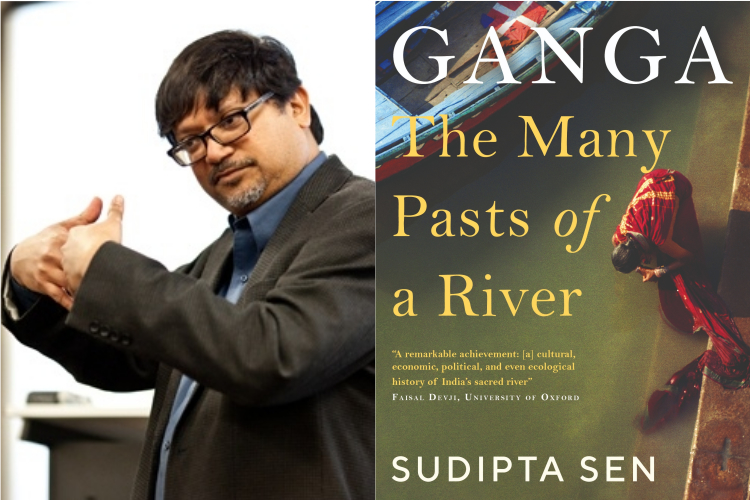 Marx wrote famously not only about religion as the opiate of the oppressed but also about religion as the “general theory of this world”—the universal explanation of the logic and order of things. The altruistic labor that the pilgrim performs for a place in afterlife, however illusory from the point of view of material reason, suggests a different kind of mental and bodily orientation to the inequities and suffering in this world. The pilgrim’s journey, to the degree it is idealized, recapitulates a narrative structure borrowed from India’s great folkloric and storytelling traditions. It is prefigured by episodes remembered from the epics or worthy deeds of heroic and historical protagonists. Recall the five warrior brothers of the Mahabharata who departed from their kingdom for penance in the high Himalayas after the great battle of Kurukshetra, a journey from which they did not return in their mortal bodies. Pilgrims must make peace with their makers, to look for something less in this world and more in the next. In this sense, the course of the river itself—its glacial embryonic form at Gaumukh, its youthful rush before the long descent to the plains at Gangotri, its long and languid meander through the great northern plains, and finally its meeting with the ocean at Sagar Island—provides an overarching allegory of the passage of the atman through the cycle of birth, life, death, rebirth, and deliverance, captured in the functional concept of gati, derived from the root verb for motion in Sanskrit—gam, which has a range of meanings: going, path, destiny, refuge, escape, and fate. The name of the River Ganga is also derived from this root, suggestive of motion, flow, direction, and force. Ganga as the river of ultimate destiny, in this extended sense, defies the conceptual divide between nature and culture, reminding us once again that life and death are part of the fundamental order of things, and that the river is both the embodiment of Vishnu and the daughter of the Himavant, from a place where the bane of human existence and toil has not sullied the footprints of the gods.