(Excerpted from The Begum by Deepa Agarwal & Tahmina Aziz Ayub and published with the permission of Penguin. Begum Ra’ana Liaquat Ali Khan was the wife of Pakistan’s first prime minister. She was born Irene Margaret Pant in Kumaon in the early twentieth century.)

Irene Pant and Liaquat Ali Khan were married on 16 April 1933 at the Maidens Hotel in Delhi. She converted to Islam and adopted the name Gul-i-Ra’ana. Later, she would be addressed by the shortened form, Ra’ana. The imam of the Jama Masjid performed the nikah, and Liaquat Ali Khan’s elder brother, Nawab Sajjad Ali Khan, graced the occasion as the head of the family. He also organised the reception that followed, which was attended by the elite of the city, which included Sir Maneckji Dadabhoy, president of the Council of State in Delhi. Ra’ana’s closest friend, Kay Miles, was there too. The lovely bride glowed with happiness and was elegant in her favourite outfit—a Lucknowi gharara-kurta—her head demurely draped with a diaphanous gold-bordered dupatta.

An old friend of the couple has corroborated the fact that the couple shared a very close relationship, which endured the passage of time. Many years after her death, when her biography was launched in July 2007, Ambassador Jamsheed Marker paid a great tribute to the brilliance of her personality: ‘When she walked into a room, the place would suddenly light up.’ Remarking on a picture in the book, he said that ‘Begum Sahiba and Quaid-e-Millat Liaquat Ali Khan carried much love and admiration for each other’. 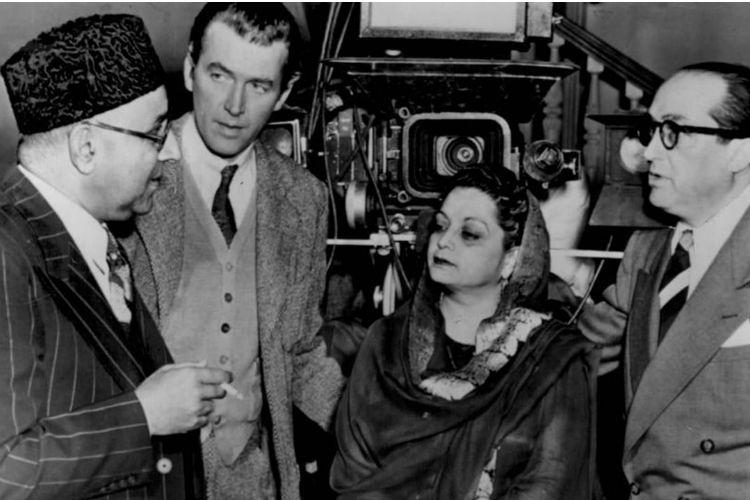 Comparing and contrasting the personalities of M.A. Jinnah and Liaquat Ali Khan and their marital relationships in particular, Roger Long states: ‘Both married a modern second wife from a different faith who converted to Islam upon marriage . . . Of the two men, Liaquat’s marriage was the longest and happiest. Jinnah dominated his wife and was the more guilty party upon marriage in the estrangement between he and his wife; Liaquat was highly solicitous to Ra’ana and they exchanged almost daily letters and telegrams when he was on his travels. It would not be entirely inaccurate to say that Liaquat was an uxorious husband.’

Ra’ana mentioned once with characteristic candour in an interview: ‘It was an untraditional marriage for those days as it was a love marriage.’

There is always a price, however, for breaking with tradition. As far as we know, Irene never visited Almora again after she got married. It is obvious that her parents were not pleased. It could not have been easy for the devout
Christians to accept that their daughter was marrying into another religion and surrendering her old identity, her old beliefs. Daniel Pant has scrupulously recorded the dates of the baptism of each of his children in the family Bible, as well as the place and the pastor’s name. This indicates how important the ceremony was for him. They had, however, brought Irene up to make her own decisions and resigned themselves to accepting her choice. After all, Irene was not a flighty teenager but a mature woman who could judge what was best for her.

To this day in our country, mixed marriages evoke hostility. In those far more conservative times, only a woman who possessed extraordinary courage could dare to flout convention. Perhaps, Irene had something of her
grandfather, Taradutt Pant, in her. Like him, she refused to be shackled by her past, stepped fearlessly out of her
comfort zone and embraced a new way of life with zest.

They were indeed a couple far above the ordinary. Liaquat Ali had been born into an extremely wealthy and aristocratic family and could have led a life of leisure. But instead, he chose to shoulder the task of wresting freedom for the country from a powerful colonial ruler beside working tirelessly for the rights of his community. 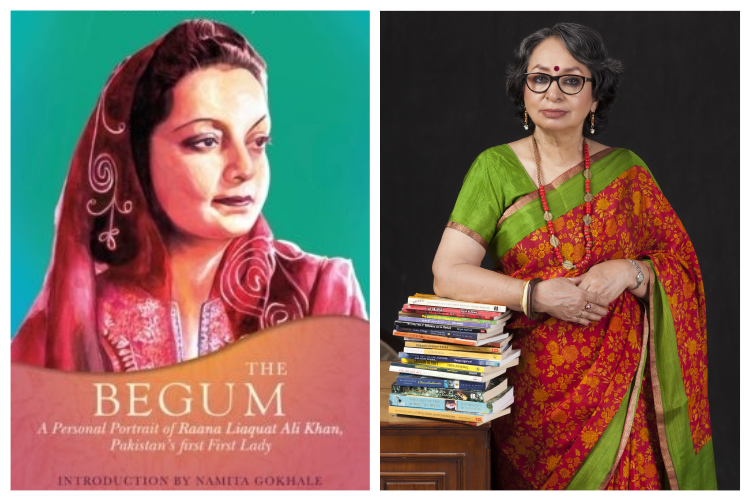 In the interview quoted above, when asked ‘What did you love best about him?’ Begum Ra’ana replied, ‘His simplicity and honesty.’ Ra’ana cherished the sincerity of the man she had chosen as a life partner because she was also a person who would never abandon the ideals precious to her. Public service was one. Her motto was to contribute whatever she could to improve the lot of the less privileged. From her childhood, Ra’ana’s heart had gone out to the deprived and suffering. As her nephew Captain Jitendra Pant stated in his tribute at her funeral, ‘ . . . as a small girl of ten she was her mother’s constant companion when both mother and daughter walked great distances visiting the sick, the jail inmates, patients in hospital, writing letters, settling family disputes. She trudged with her mother carrying food for the two and a lantern, and the food always got distributed to the
needy children. She was called the little nightingale (Bulbul) and an angel by the hill folks.’

This did not mean, however, that the newly-weds lived like ascetics, rejecting the pleasures life had to offer. And the fledgeling city of New Delhi had many possibilities for a young couple.