‘Is your father from Taliban, will he shoot us?’
‘Do your parents make bombs?’
‘He is a terrorist…he is a Pakistani…let’s beat him.’
‘Oh, he’ll grow up to be Osama.’

Bullying is prevalent in schools not just across India, but all over the world. Bullying can be as seemingly playful as taunting about somebody’s height or as grave as beating somebody up because of their religion. What Nazia Erum focuses on in her book Mothering A Muslim is bullying in the so-called secular, liberal posh schools of Delhi NCR and elsewhere.

For her research, Erum talked to kids from around 143 schools (118 in Delhi NCR) and tried to figure out whether there was bullying on sectarian lines. The reality that her research dug out reflects how you’re reduced to your immediate identity. If you’re Sikh, you’re prone to hear ‘sardar jokes’ almost every day of your school life. If you’re gay, you’ll be called a ‘chakka’. And if you’re Muslim, your peers will wonder aloud if you belong to Pakistan.

ALSO READ: ‘Is your father from Taliban’: How Muslim kids get bullied in school

How does a child know to call a Muslim kid ‘Pakistani’?
What a child hears or sees is what he does. So when the 9 PM Newshour debates, which have essentially turned into shouting matches, try to inject a sense of fear, the same battle (however subtle) is fought inside classrooms as well. When kids hear their parents complain about how the Muslim population in the country would overtake the Hindu population, the same conversation would seep into the classrooms.

Sana says that her eight-and-a-half-year-old son, Omar, came home from school one day and recounted this conversation with his long-time friend:

Friend: Hey, do you eat beef?

Omar: What are you mad?

Friend: My mother has instructed me not to eat anything from your tiffin.

Omar: So what are you fussing about? Simply don’t eat my tiffin. 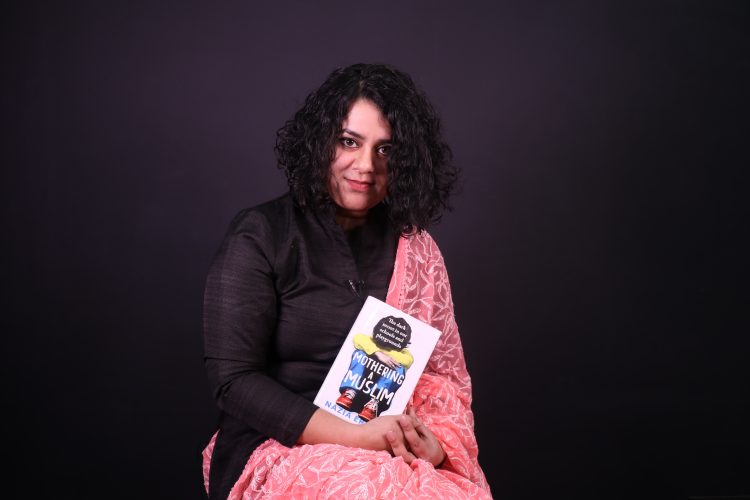 Sectarian lines drawn by schools
Bhopal has a considerable Muslim population. So a few schools in the city have divided the batch on the basis of the kids’ language preference — Sanskrit or Urdu. So as most Hindu kids opt for Sanskrit and most Muslim kids opt for Urdu, sectarian lines are automatically drawn inside schools only. Nazia, in her book, questions how such kids who don’t mingle with each other and have no idea about each other’s religions, would grow up as adults? On what lines would they vote in the next elections if not religious?

It is almost impossible for a new parent not to worry about how our children will negotiate their way through these varying shades of Islamophobia and hate. I feel immense relief for having chosen the middle path in naming my child. When someone asks me for my daughter’s name, I revel in it being a non-marker. I feel I have unburdened my own self. But I know no matter what I do she will be marked in school. Should I protect her for as long as I can? After all, how do you tell a child that she is a Muslim and some people might hate Muslims?

The book, though, isn’t as balanced as it could have been. Nazia writes the accounts of bullying in posh schools but her research doesn’t step into the hinterlands and into the gullies where the Muslim families are not so well off.

Nazia’s own memory of growing up in a quaint town of Assam was devoid of the communal debate that the country faced in the aftermath of Babri Masjid’s demolition. As a mother, Nazia’s only fear that her 3-year old will be bullied and stereotyped as the ‘other’.