Over the years, there have been several personal (sometimes petty) rivalries, jealousies and tensions between judges of the Supreme Court of India, apart from intellectual disagreements over ideology and substance. Disagreements have often occurred between the chief justice of India and the most senior judge of the court who, historically, have been unable to get along. These disputes usually involved matters relating to succession to the post of chief justice of India or post-retirement positions. There have been disputes about the proper role and
function of a judge in India: whether a judge should be a mere arbiter of disputes or an activist who sets up a parallel government. At a broader level, stories of these rivalries and disagreements are immensely valuable, not merely because they are anecdotally interesting, but also because they stand in stark contrast to the general lack of dissent in the Supreme Court’s decision-making, which we will see in the next chapter. The episodes narrated in this chapter still ring true. In January 2018, the four most senior judges of the Supreme Court of India held an unprecedented press conference in which they complained that the chief justice of India, Dipak Misra, was not assigning cases to benches in a transparent manner. The incidents set out in this chapter reveal that such tussles have historically not been uncommon in the Supreme Court.

Sinha–Imam
The first known, significant rivalry at the Supreme Court was between B.P. Sinha (1899–1986) and S.J. Imam (1900–1965), who served in the court in the 1950s and 1960s. Sinha and Imam began their careers as lawyers at the Patna High Court, and they were appointed judges there in January 1943 and October 1943 respectively. They came to the Supreme Court in quick succession, in December 1954 and January 1955 respectively. Sinha probably
disliked Imam because he went ahead of Sinha at the Patna Bar and became the advocate general of the state while Sinha was only an assistant government advocate. Imam clearly had the more distinguished academic background of the two—he had studied at Cambridge and was called to the bar in London. 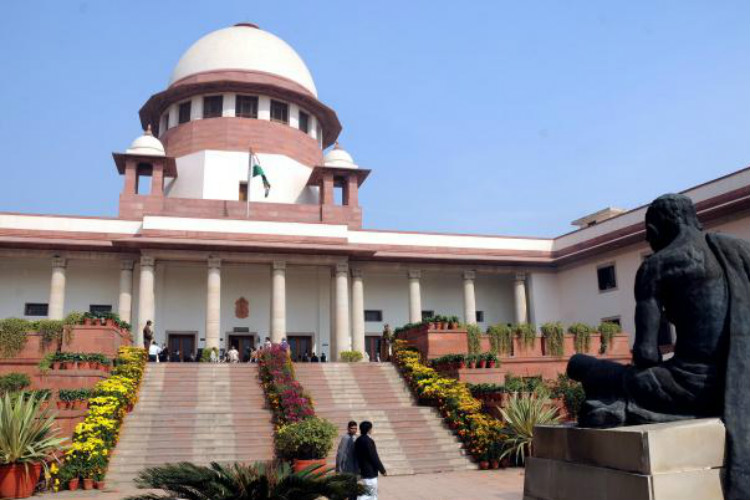 Imam could actually have come to the Supreme Court before Sinha. Ghulam Hasan, a Muslim Supreme Court judge, died in November 1954. Thereafter, Prime Minister Jawaharlal Nehru was keen on a Muslim judge replacing Hasan, and Imam was the most senior Muslim judge in the country at that time. However, Chief Justice M.C. Mahajan, after consulting his colleagues, recommended the appointment of Sinha for the vacancy created by
Hasan’s death, and the government accepted the nomination. Sinha believed that Mahajan appointed him over Imam because he wanted him (i.e. Sinha) to become the chief justice of India when S.R. Das retired in October 1959.

Interestingly, Chief Justice S.R. Das hilariously lampooned his colleagues in the speech he gave at his farewell function in September 1959. He referred to his colleague, Justice J.L. Kapur, and said, ‘When an argument is in full swing, he distinctly remembers that there is a decision, either of the House of Lords or of the Privy Council, which is pat on the point under discussion, but unfortunately that decision he cannot, for the moment, lay his
hands on and all the members of the Bar appearing in the case cannot find it till the case is over.’ He referred to Justice P.B. Gajendragadkar, the pro-labour judge, and said, ‘His heart is literally bleeding for the under-dogs, and unless the bleeding can be stopped the under-dogs will very soon become top dogs.’ He referred to Justice A.K. Sarkar, a bachelor, and said, ‘My brother Sarkar has been an onlooker on the highway of life. He attends
dinners but does not eat; he sees other people eat. He has joined many bridal processions but has not married. But I do not know whether he will change his mind.’ He referred to Justice K. Subba Rao who, as chief justice of India many years later, would pen the majority judgment in the controversial Golak Nath case. Das said that Subba Rao ‘is extremely unhappy because all our fundamental rights are going to the dogs on account of some ill-conceived judgments of his colleagues which require reconsideration’. He also referred to the Cambridge- educated Justice M. Hidayatullah and said that he ‘has given us three Gospels. Stroud’s Judicial Dictionary, Wilson’s Glossary and Words and Phrases by some author whose name I forget. I do not know when he will produce the fourth Gospel.’

When the time came for B.P. Sinha to be appointed chief justice according to the seniority convention, Sinha believed that a member of Imam’s family started spreading false rumours that Sinha was three years older than the records showed. The accusation gained some currency. Alarmed by this, Sinha went to President Rajendra Prasad, himself a lawyer from Bihar, and told him to conduct an inquiry about Sinha’s age. After an informal
inquiry, Prasad announced that Sinha would become the next chief justice, about a month prior to Chief Justice Das’s retirement.

Justice Rajagopala Ayyangar, who was appointed to the Supreme Court in 1960, said that most judges got along well in his day, except Sinha and Imam. 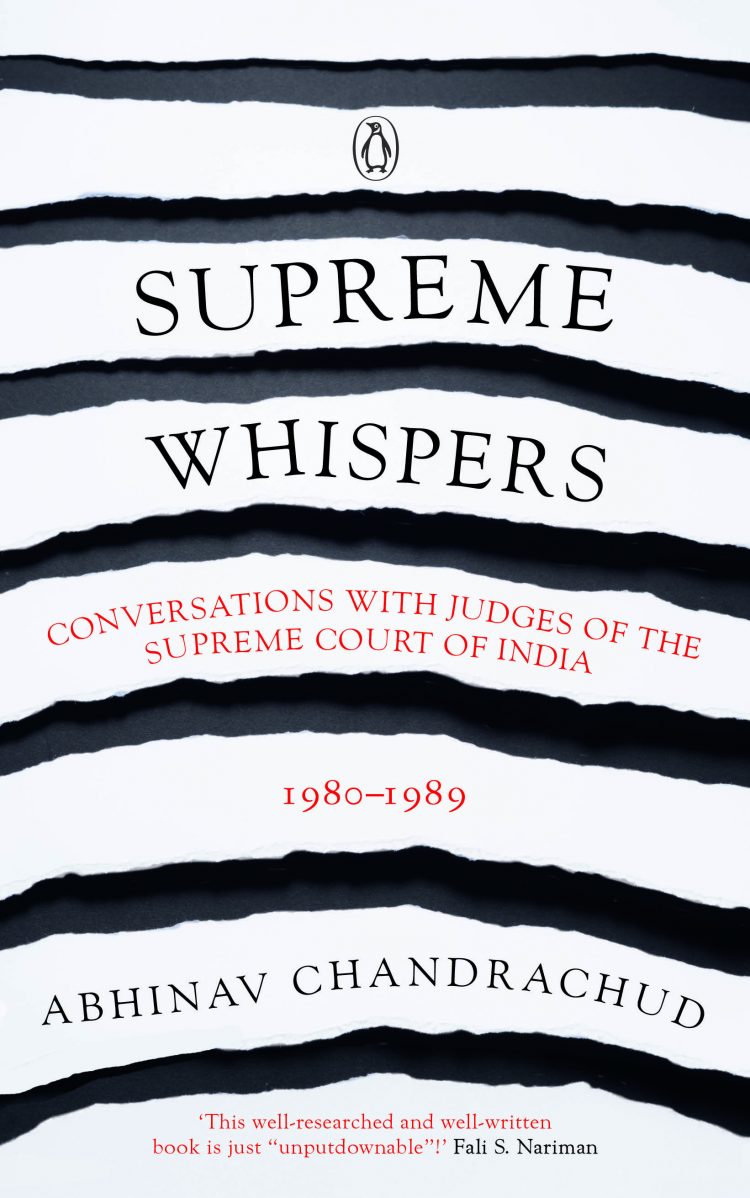 Later, in January 1964, B.P. Sinha was due to retire as the sixth chief justice of India. Imam was the most senior judge on the court at the time. However, Imam was superseded and his junior colleague, Justice P.B. Gajendragadkar, was appointed to the post of chief justice when Sinha retired. The following story of Imam’s
supersession was narrated by Sinha to George H. Gadbois, Jr. during an interview in July 1983. Some of it must perhaps be taken with a pinch of salt because, as we have seen, Sinha and Imam themselves were rivals, having had some bad blood between them.

Imam had been very sick for three years, having had heart problems and strokes. Chief Justice Sinha was very kind to him during that time, giving him little work and stretching the rules about paid leave. But Imam’s poor mental health was an open secret among the judges and the bar. Justice Subba Rao, who sat with Imam on the bench, complained that Imam was not able to concentrate. He was not able to follow arguments, asked unintelligible questions to lawyers, and even fell asleep in court. Imam’s mind, by that time, was weak. If he wanted to say that something cost Rs 300, he would say that it cost Rs 30,000. He was very ill, and couldn’t function as any kind of judge, much less as the chief justice.

Actually, there had been some concern among the judges for several months about Imam’s health, because everyone knew that Imam was staying on and not resigning despite his mental incapacity, in order to get promoted to the position of chief justice. Sinha believed that he and Imam were good friends, that the problem was not Imam, who was a ‘nice man’, but his wife, who wanted him to become the chief justice. Each day, his wife and nurse had to accompany him to the court. When the government came to know about Imam’s health, Nehru was worried about what Pakistan would say if a Muslim were bypassed for the position of chief justice. Nehru had a soft corner for minorities. Imam’s family had been very close to the Nehru family, and had played a
prominent part in Congress politics.

A few weeks before his retirement, Sinha went to Nehru and suggested to Nehru that he invite Imam over for a cup of tea without his wife. Sinha told Nehru to ask Imam to pronounce the words ‘Supreme Court’ during the tea. If Imam succeeded, Sinha said, Nehru should appoint him as the chief justice. Sinha also suggested to Nehru that a medical examination be conducted for Imam. Sinha and Gajendragadkar also convinced Attorney General
C.K. Daphtary and former Attorney General Motilal C. Setalvad to see Nehru about this, in order to convince him to supersede Imam. Nehru informed them that the doctor (a medical examination was conducted by a doctor at the All India Medical Institute) said that Imam did not have, in Sinha’s words, as noted down by Gadbois, ‘the intelligence of a high school boy’. They gave him three simple math equations to do, which he was not able to handle.16 Upon receiving the medical report, Nehru agreed that Imam could not be the next chief justice, and Gajendragadkar was appointed instead.