Our world is a weird place. From crazy traditions (remember Spain’s Running of the bulls? Normal people don’t have a death wish. Do they?) to weird people (the ones who wear giant metal rings on their nose), we have them all on this planet. And what makes life more fun is participating in bizarre competitions and races that make absolutely no sense to the rational mind.

There’s Spelling Bee to test your knowledge of words, a photography competition to test your creative eye and then there are innovative challenges that demand its participants to think out of the box and innovate. But how would you react if we tell you that there’s a competition where participants have to calm down crying babies or a challenge where the participants are supposed to have sex in thin air? Would you believe us if we tell that these super weird competitions really exist!

Well, here’s a list of bizarre competitions that exist around the world: 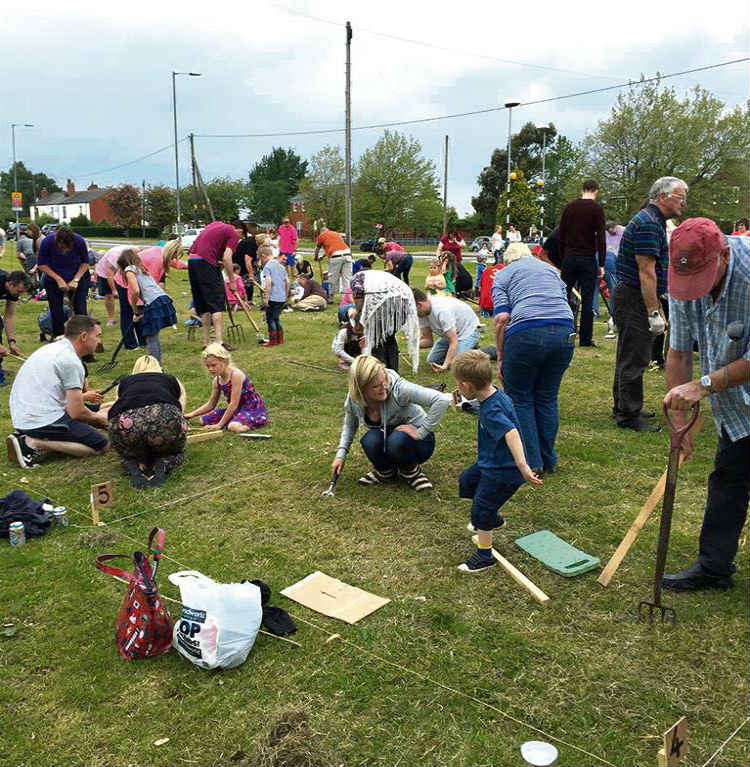 This bizarre competition is practiced as a competitive sport in England, wherein participants are required to chase worms in a set amount of time. Dig the dirt or sing them the lullaby, all that counts is the number of worms that you collect. And you thought life is easy! 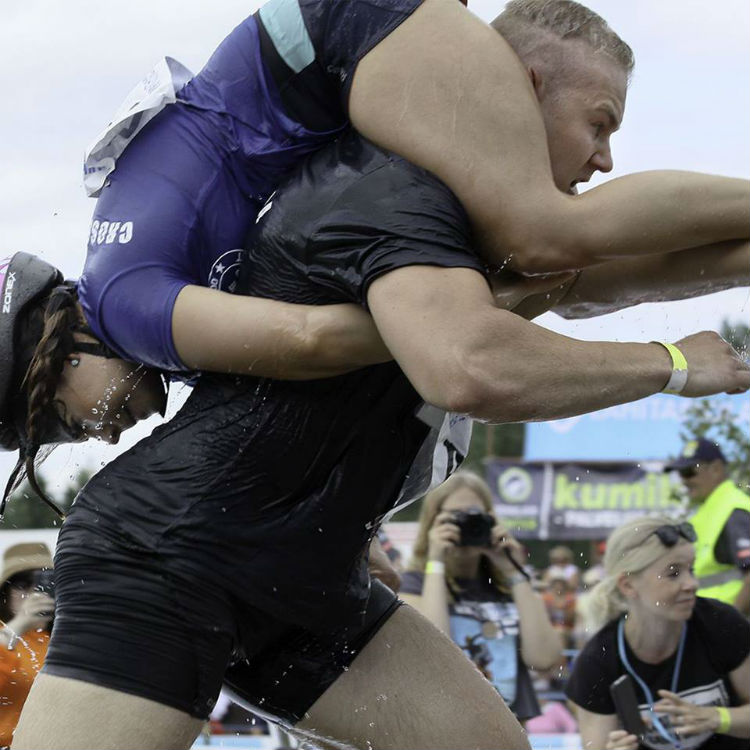 This sure looks fun but it isn’t. Carrying your wife on your shoulders on an obstacle track in the fastest time– is something that most of us can’t manage. The race is held in Finland annually. 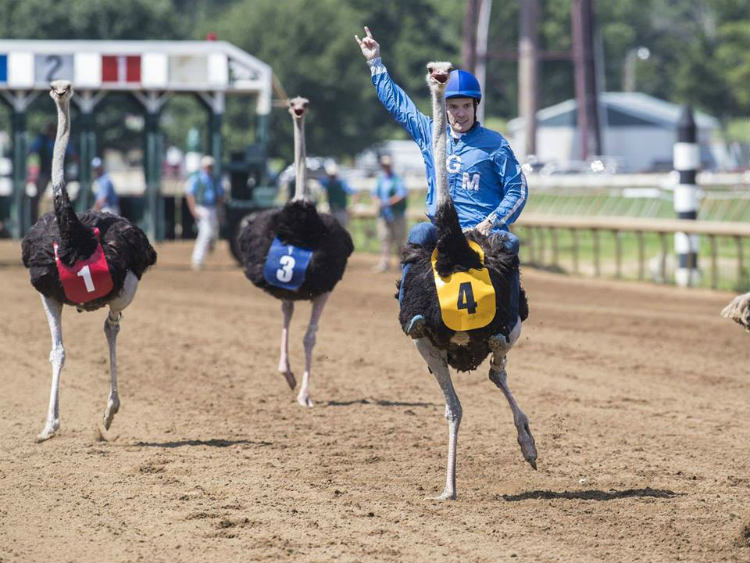 For reference, ostrich racing is similar to horse racing except that horses are better at supporting humans on their backs than ostriches. So next time you visit the US or Africa try to get a glimpse of the race. 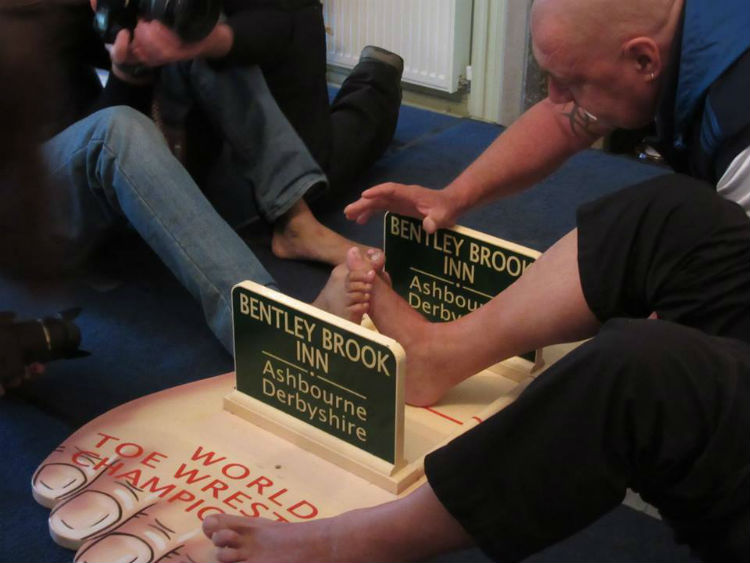 Whoever said that wrestling is dangerous didn’t know about the wrestling at all. Toe wrestling championship is held in England every year and the aim is to ‘pin’ the toe of your opponent. 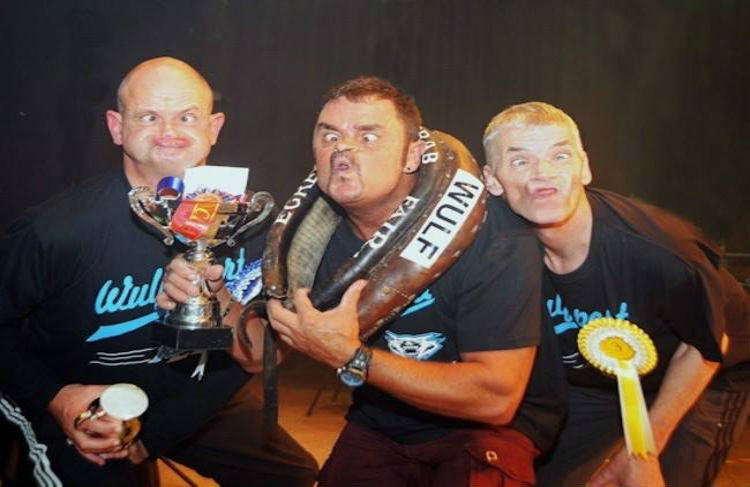 Do you like making weird faces? Well, then gurning championship is for you. The competition takes place in England every year and the participants are required to flex their facial muscles, literally! 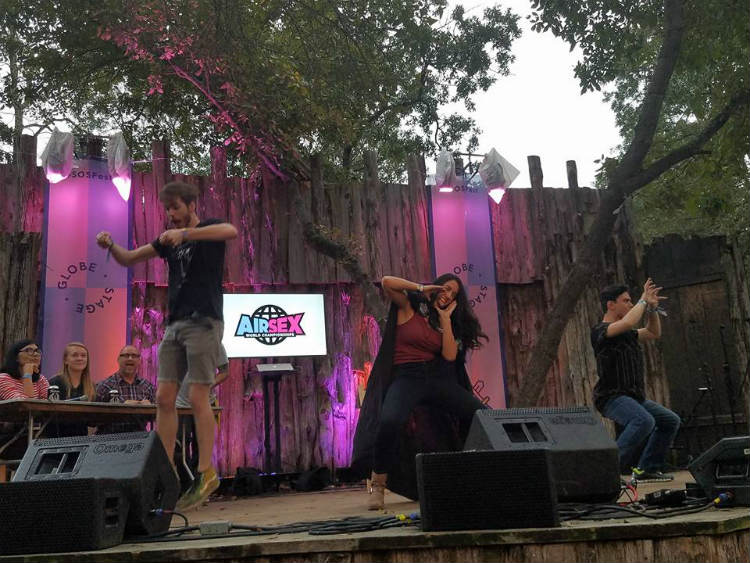 As crazy as it sounds, but this competition is real and it has been taking place in the US since 2007. Participants from 14 cities take part in this championship and the winner goes for a national tour. Yikes! 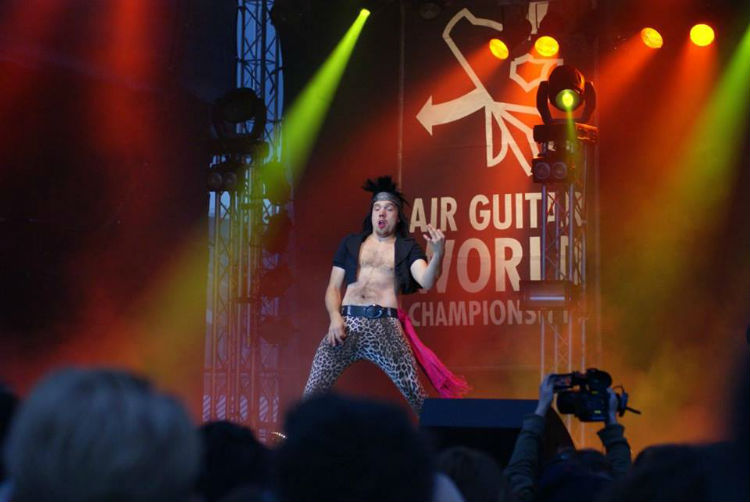 If you thought that a person could play guitar in the air only when they are drunk then it’s time that you change your views. Air guitar championships are held all over the world. It is being held annually in Finland since 1996. 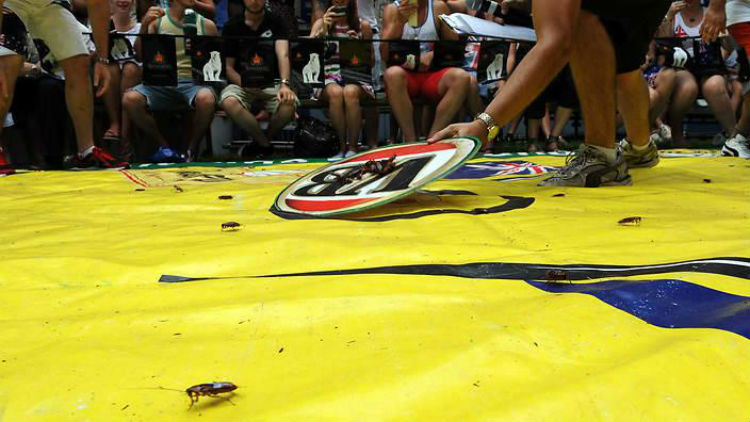 Don’t gag, not just yet at least. This competition is held in Brisbane, Australia where high-performance cockroaches can be purchased to compete in the race. 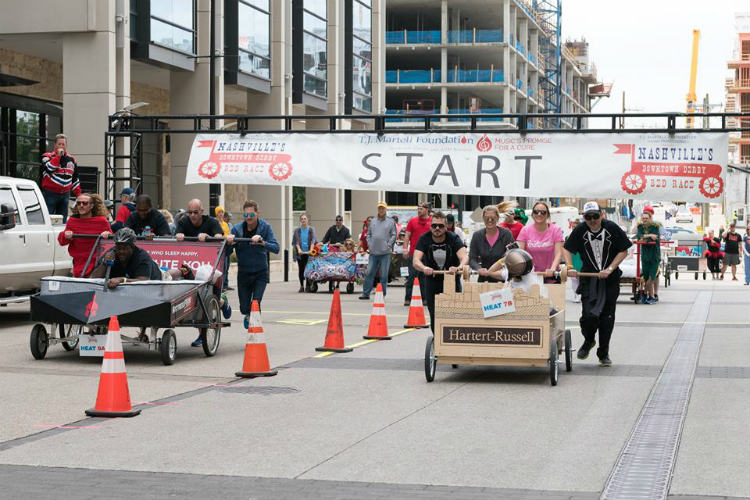 Everyone loves to sleep but how much do you love your bed? Would you leave it if it was for a noble cause? Well, bed race in England is a 2.4-mile long race in which participants ride the bed and at least one member sits on it. Cool right? 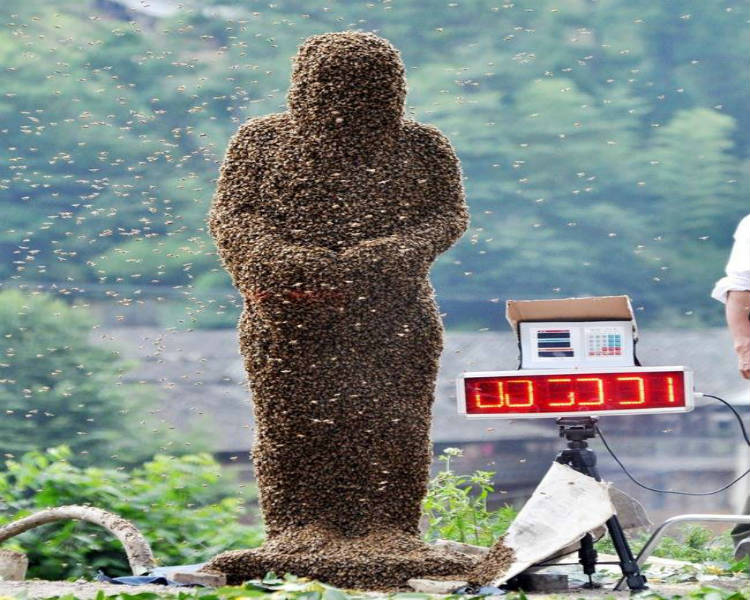 This one is for the daredevils only and it is held in Shaoyang city of China. The challenge is to attract as many bees as possible. The current record holder is RuanLiangming, who wore 140 pounds of bees in May 2014. *No words* 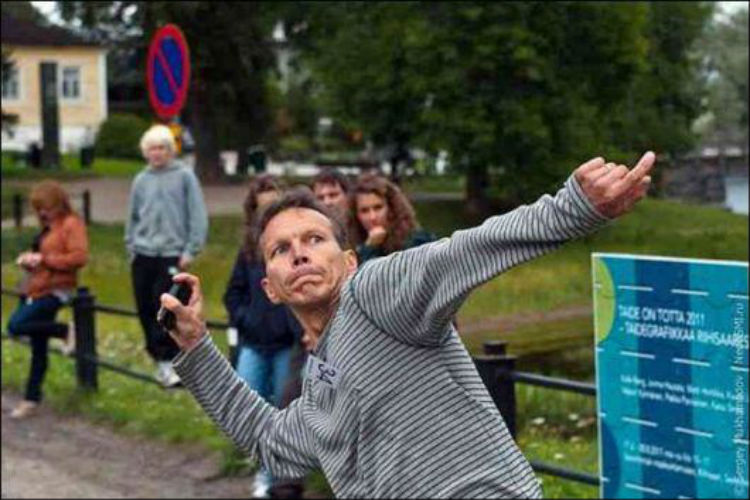 How many times have you wanted to throw your cell phone just because you were angry because of someone? Well, now you can without the fear of feeling guilty. While the competition is held in many locations around the world, the world championship is held in Finland. FYI, the event is sponsored by recycling companies.

ALSO READ: This prom dress is so expensive that you can buy 9 iPhone X with the same money 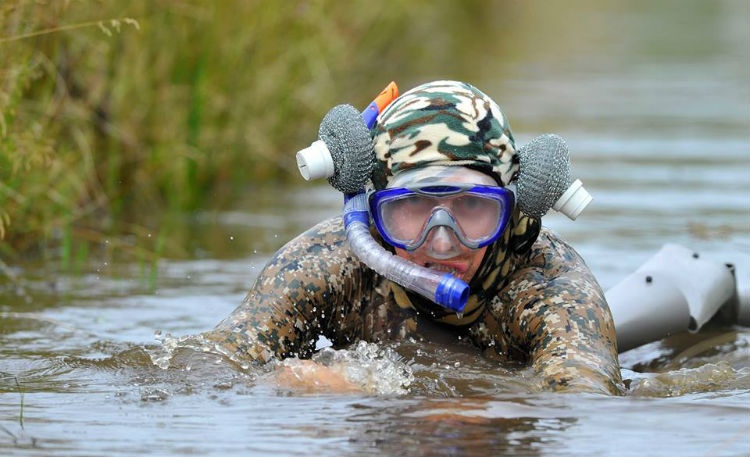 It’s a rather dirty event in which participants have to cut through two consecutive lengths of a water-filled trench in the shortest possible time without swimming. It is held in Wales, United Kingdom. 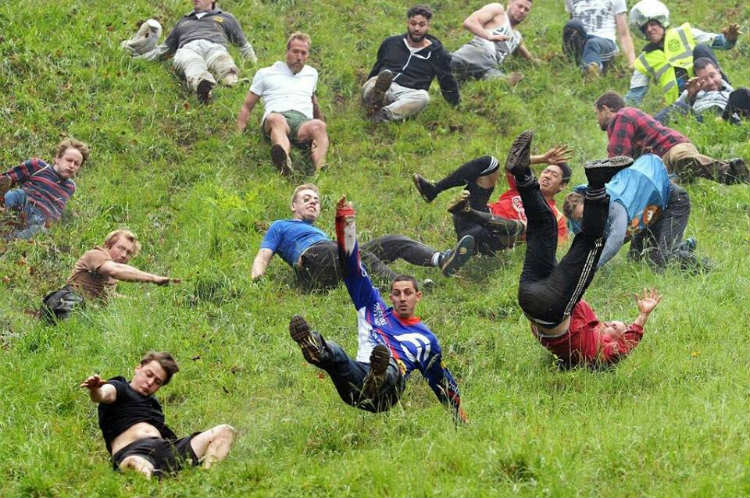 Do love cheese? Do you love to eat cheese or chase it? In this competition, participants chase a 9-pound wheel of cheese down a steep hill and the first person to touch the finish line wins the cheese. It’s cheesy! 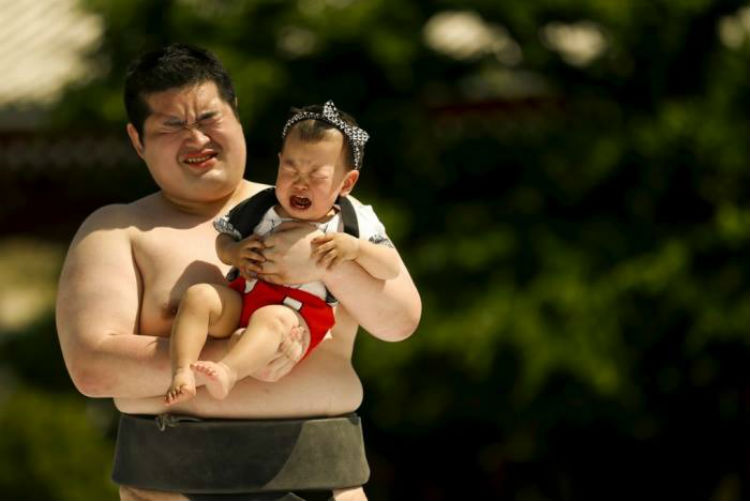 This cute competition is held in Tokyo every year where the sumo wrestlers are tasked to make their assigned babies cry first by making faces and noises. 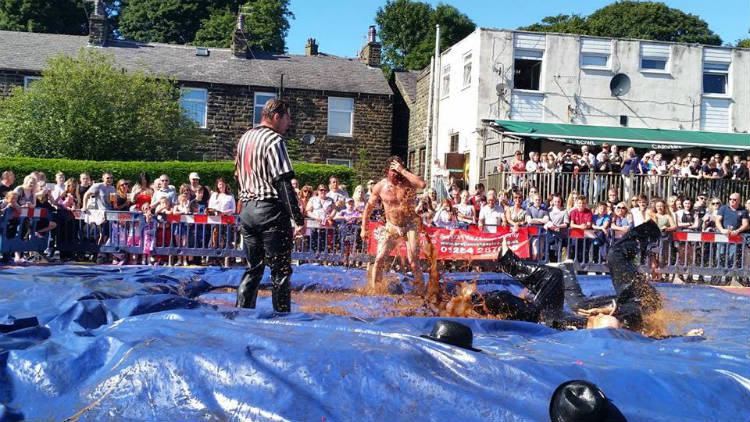 What do you do with leftover gravy? You either eat it, recycle it or throw it away. But would you rub it all over your body for a bizarre competition? It’s a simple wrestling competition, except everything happens in the tasty gravy. What would you focus on– fight or the food?

ALSO READ: A bottle of Beverly Hills 9OH2O water will cost you Rs 65 lakhs, only! 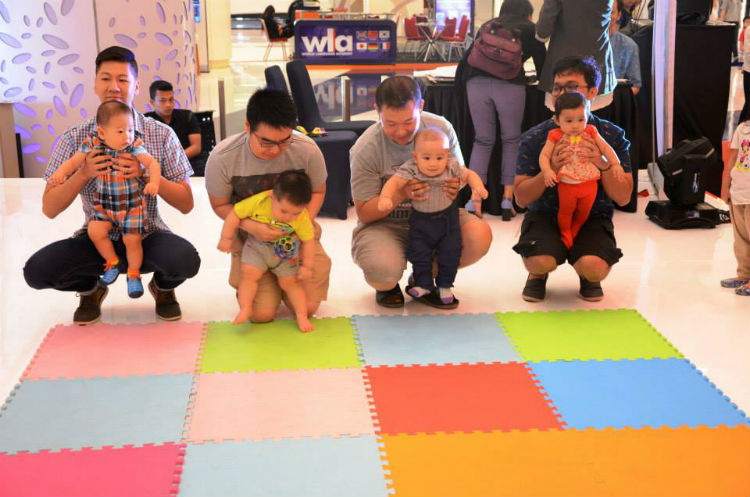 Talk about stress and pressure! These competitions are all over the world and the largest one was held in China, which saw 451 kids competing. 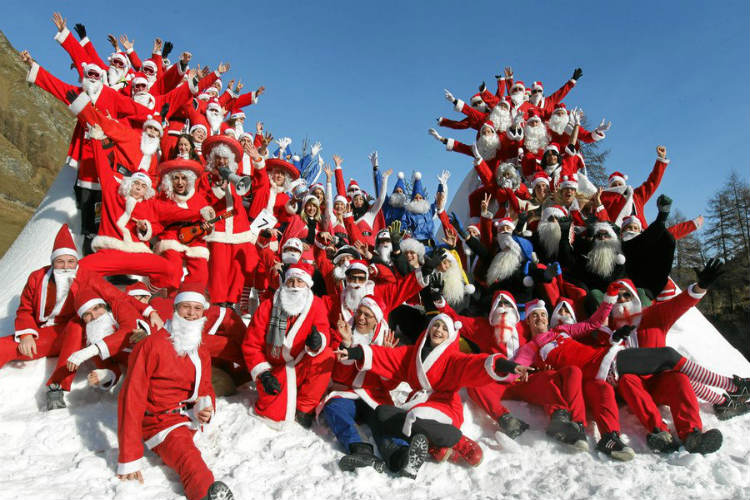 Everyone loves Santa Claus. But do you know even Santa has to compete? Santas from all over the world travel to Switzerland every year to prove that they’re the best at Santa stuff like– reindeer riding, chimney climbing, and sleigh racing.