The main purpose of books is to educate students. But what may come as a shock to many, textbooks of various classes in Karnataka government schools are filled with incorrect information and grammatical errors. This has happened even when a committee was set up two years ago to revise the textbooks after receiving complaints about the errors. CM Siddharamaiah had formed a committee headed by writer Baragur Ramachandran, and 27 sub-committees with about 185 members to review 352 titles.

Shashi Kumar, the general secretary of the Associated Managements of English Medium Schools, Karnataka said, “We have seen printing errors, pages upside down, factual errors in textbooks of many classes, we are yet to go through all the textbooks, only then can we compile the list of errors”.

Also Read: Karnataka minister defends his ‘puja’ to please rain God, says even ISRO does it before launching rockets 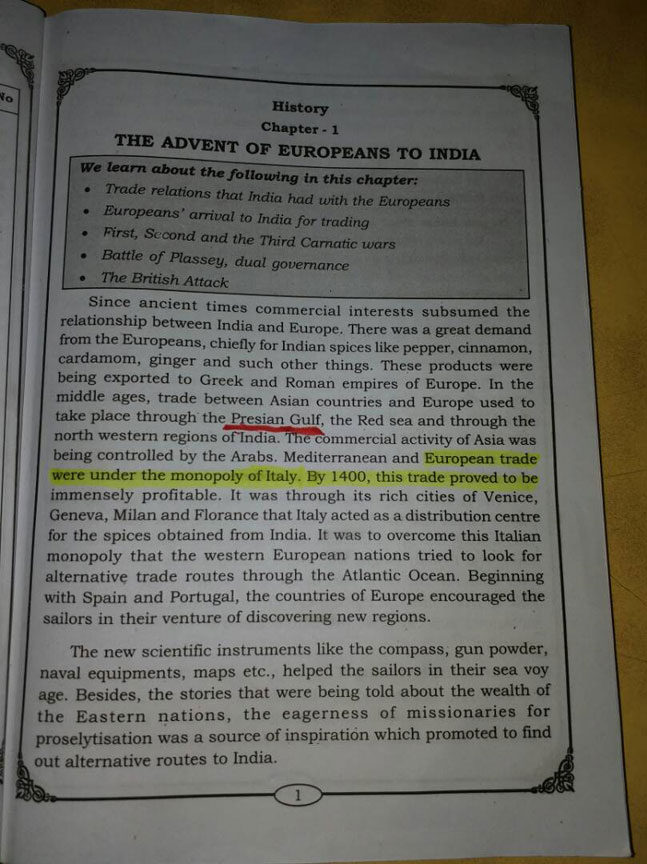 One the textbooks published by Karnataka Text Book society, has a  chapter on “The advent of Europeans to India” in which Persian is spelt as ‘Presian’. The other textbook on physical education states that badminton icon PV Sindhu “has wone one bronze and one gold medal in commonwealth games”. There is no mention of her winning Silver at 2016 Olympics. Also, another leading badminton player Saina Nehwal has been spelt as Sania.

Also Read: Finally, NCERT will review its books after 10 years 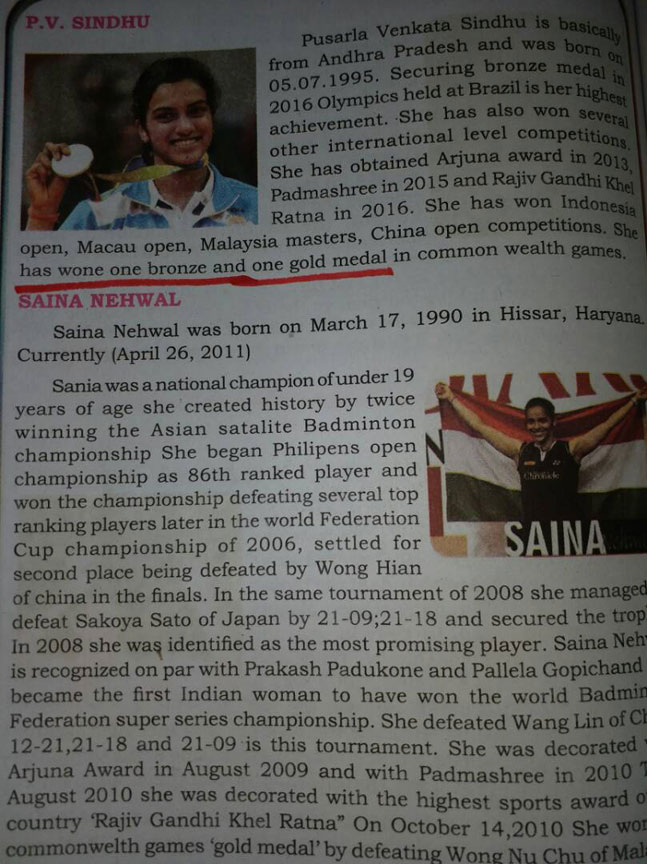 The main aim of the committee was to make the textbooks more ‘secular’. Bargur Ramachandrappa, the chairman of textbook revision committee, on the matter said, “The errors have crept in while the textbooks were being translated from Kannada to English. We have assigned 2-3 experts to each textbook to compile the errors and in a week we will issue a corrigendum to all schools”.