Sarojini Naidu was one of the most prominent faces of Indian freedom Struggle. Apart from being a political activist, she was also a prolific writer, orator, administrator and a gifted poet. Born as Sarojini Chattopadhyay on February 13, 1879 in Hyderabad, she was a child prodigy. Her father Aghore Nath Chattopadhyay was a scientist who founded Nizam’s college in Hyderabad. Her mother Barada Sundari Devi was one of the famous Bengali poets. Sarojini was the eldest of the eight siblings. 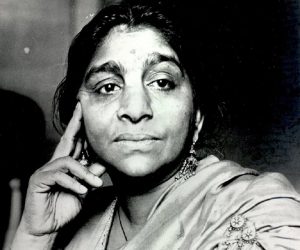 She topped the matriculation examination at Madras University when she was just 12 years old. At the age of 16, she received a scholarship from Nizam of Hyderabad and went to London to study first at King’s College, London and later at Girton College, Cambridge.

Owing to a brilliant academic record, Sarojini’s father wanted her to become a scientist. However, she had an innate love for poetry. She wrote her first poem in her maths notebook. Her first literary piece titled, ‘Maher Muneer’ even impressed the Nizam of Hyderabad. Soon her literary side bloomed as she wrote a 1,300-line-long poem The Lady of the Lake. Her father also realised that her true passion lies in poetry and started encouraging her to take it more seriously. Her poetry eschews flowery words and is mostly composed of simple words that could also be sung.

Her work was rich in imagery, covered a variety of themes – love, death, separation among others. Many of her literary works such as The Golden Threshold, The Bird Of Time, The Broken Wing, Autumn Song have been read widely and critically acclaimed. Her valuable contribution to English poetry earned her the sobriquet of ‘The Nightingale of India’. 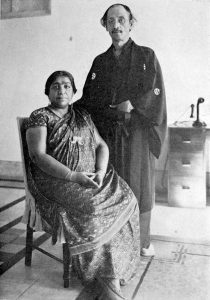 During her stay in London, Sarojini met Dr. Govindarajulu Naidu, a non-Brahmin and a doctor by profession. After finishing her studies, she got married to him. Inter caste marriages were a taboo at that time but her father, being a progressive thinker allowed her.

Sarojini was drawn into Indian freedom struggle after the partition of Bengal in 1905. She met Gopal Krishna Gokhale who asked her to use her poetry to invigorate passion for independence among masses.

She played a vital role in the Civil Disobedience movement as well as Quit India movement. She was jailed along with Mahatma Gandhi and others. In 1925, she became the second woman President of the Indian National Congress.

She was at the forefront of Civil disobedience in 1930 when Mahatma Gandhi was in jail. In 1931, she participated in the Round Table Summit, along with Mahatma Gandhi and Pundit Malaviya. She also contributed to the drafting of the Indian Constitution. 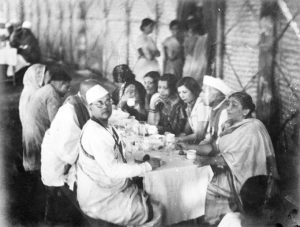 She had a gift of electrifying audiences, and her ability to weave strength into everything she said. She didn’t prepare her speeches. To speak “was as easy for her as it is for fish to swim,” quotes Sarojini Naidu – Her Way With Words, a book based on her works.

Also Read: Why Annie Besant thought Mahatma Gandhi was a ‘saint’ and not a ‘politician’

Renowned British author and philosopher Aldous Huxley wrote, “It has been our good fortune, while in Bombay, to meet Mrs. Sarojini Naidu, the newly elected President of the All-India Congress and a woman who combines in the most remarkable way great intellectual power with charm, sweetness with courageous energy, a wide culture with originality, and earnestness with humour. If all Indian politicians are like Mrs. Naidu, then the country is fortunate indeed.” 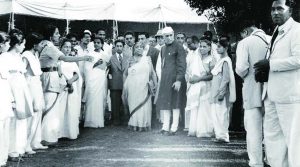 She is credited for inspiring the women of India to participate in the freedom struggle and bringing them out of the kitchen. She traveled from state to state, city after city and asked for the rights of the women. She re-established self-esteem within the women of India. She helped in shaping Women’s Indian Association in 1917 with Annie Besant and others. The Association sought equal rights including the right to vote and represent. She presented the need to include more women in the Congress and in the freedom struggle. 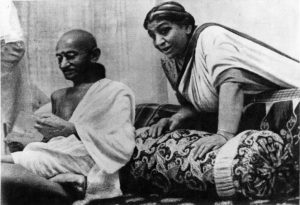 Naidu first met Gandhiji in London, an event which changed the whole course of her  life, which took her away from comfortable rooms of scholars and poets and placed her before a beggar-saint. With time, they went on to share a great camaraderie. In a letter dated Aug 8 1932 to Naidu, he addressed Naidu as Bulbul and signed off as’ Little man’. Somewhere along the line she referred Mahatma as a “Micky Mouse,” a “Little Man” and Gandhiji did not mind it.

According to ‘Man and his message’, a book on Gandhiji’s life  by Donn Byrne,  this name was affectionately given to him  by British media because of the way his ears stuck out like  the cartoon character (Mickey Mouse). Despite her admiration for Gandhi, Naidu dreaded Mahatma’s diet. “Good heavens, all that grass and goat milk. Never, never, never!”, quotes the book-Her Way With Words.

After India gained freedom, Sarojini became the first woman to become the Governor of Uttar Pradesh (then United Provinces of Agra and Oudh). Naidu suffered a heart attack when she was in office and died on March 2, 1949 at Lucknow in Uttar Pradesh.