Disclaimer: The opinions expressed herein are that of the author.

My husband, Caio, and I have been together for over 8 years. Although he is Brazilian, he has often been mistaken for an Indian, something that he is quite happy about. In fact, one time, when we were going to a Bengali wedding in Kolkata, he wore a kurta and churidars, and my father’s first reaction was “ekkebaare bangali lagchhe (he totally passes for a Bengali)!” This has been the base for many a funny incident, including one where a fishmonger decided to go off on a full tirade in Bengali about the government’s fiscal policies and my husband obligingly nodded along without understanding a word. However, it has led to a couple of incidents which have been less than pleasant.

Being gay in India, even today, is fraught with complications. Being a gay couple is even more so. I have always been wary about my personal safety, and even more of my partner, who, at the end of the day, is a foreign national. In 2012, Caio and I went to a cinema theatre in Kolkata, which, at the time, was the only chain of cinemas to play the Indian national anthem before any movie screening. Caio kept seated – he does not give into enforced nationalism and would have sat through his own country’s national anthem in such circumstances. This did not go down well with a young man who was in the row in front of us. He decided to tell Caio off while the anthem was going on. His friend shut him up, saying, let him be, it is his choice. Feeling that I needed to defend him, I decided to let on that he is Brazilian, and not Indian. 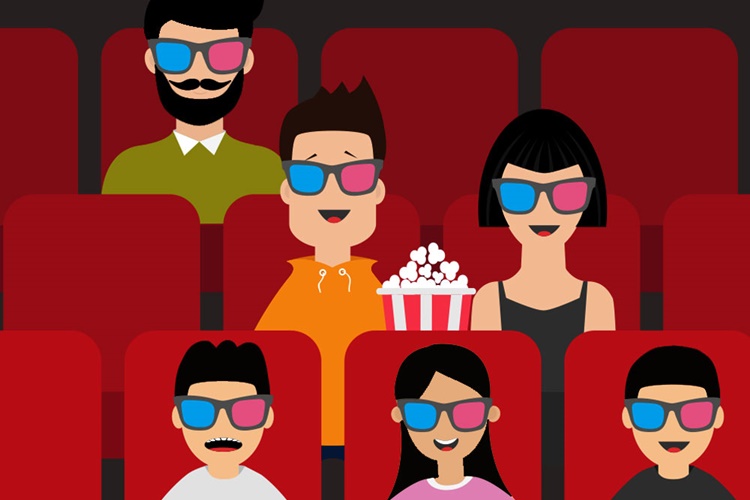 It left an impression on my mind, and a slightly ugly taste in our mouths. Not wanting unnecessarily trouble, we decided to go to other cinemas henceforth. However, since then, things have unfolded in a way where most cinemas showcase the anthem. I have categorically told Caio to stand during the playing of the anthem – not because he owes anything to the country politically, not because I want him to share my patriotic fervour, but because I fear for his safety.

The BJP government came into power in 2014 through a landslide victory. Since then, there have been countless incidents where self-appointed flag-bearers of Hindutva have been policing people – often affiliated to the supporting agencies of the BJP – terrorised people from lower castes and other religions – over their names, their food, their affiliations, their Gods. It has given rise to a narrative where anything that is critical of the sitting government is considered to be “anti-national” or “pro-Pakistan” by these self-appointed actors. In India, any sort of dissent is being seen to be anti-national. What is more problematic is the mild censuring of such actions that has been meted out by the ruling party, with some members actually supporting such actors openly. One platform of such jingoistic aggression is the cinemas today.

In 2014, in Mumbai, something similar to what happened with my husband and I, but worse, unfolded where Mahek Vyas, an Indian, and his partner, Nicole Sobotker, a South African national, were harassed, and Vyas beaten up, by some fellow cinemagoers. The reason was that Sobotker decided to remain seated during the anthem, and Vyas did not insist on her standing up for it, and defended her stance. This isn’t an isolated incident. In 2016, Kamal C Chavara, a renowned author from Kerala was charged with sedition for allegedly insulting the national anthem. The complaint was filed by the BJP youth wing. 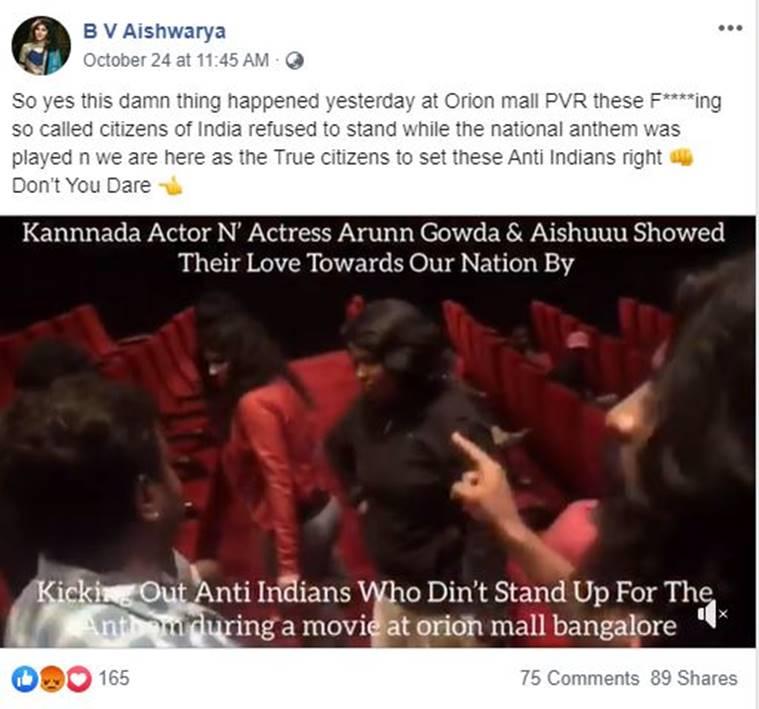 In 2016, the Supreme Court of India made it compulsory for cinemas to play the Indian national anthem. The logic behind it was that it would instill a “committed patriotism and nationalism” among citizens, and that the proper way to respect it is to stand up during its playing. However, in January 2018, the order was modified with the compulsory aspect of playing the anthem being withdrawn. It was mentioned by the Supreme Court bench that this sort of “moral policing” was utterly uncalled for. The exemption of people physically unable to stand up still stands. The 1971 Prevention of Insults to National Honour Act does not prohibit nor punish anyone for not standing during the playing of the Indian national anthem. The Government, a petitioner in the case in 2018, said that they would set up a committee to figure out amendments to the Act of 1971.

The watering down of the initial decision has left enough space for enforcing a lip-service to patriotism and has definitely given enough room for people to exercise their aggressiveness in the guise of jingoistic self-righteousness in what would be otherwise a safe space for most people. The series of incidents inside cinemas cited above are just another showcasing of the hyper-nationalistic fervour that is sweeping through India at the moment. It refuses to allow people to exercise their freedom of expression and opinion. There are several charges of sedition against people throughout the country, primarily filed by workers of the central ruling party and its affiliates. In this climate of fearmongering and jingoistic bullying, being wary, rather than being able to exercise one’s freedoms, has become a way of life.

Despite the fact that my country’s laws criminalised my sexual actions for most of my life, I believe in what India is and can be. Being a human rights lawyer, I deeply appreciate my country’s constitutional values and freedoms. Yet I am forced to tread with caution when exercising many of those freedoms. I am constantly reminded that I have to wear my patriotism on my sleeve. A place that ought to be quite innocuous, such as a cinema, where people go to get away from the daily drudgery of life, has become an aggressive political platform thanks to the inclusion of the national anthem. Innocent bystanders are becoming victims of a jingoism hitherto unseen at this rate. Tagore’s immortal words – “Where the mind is without fear and the head is held high” – will become figments of a time that was, and not a time that can be.

~ Debjyoti Ghosh is a human rights lawyer based out of Kolkata.