Newspapers in Manipur carried out blank editorials on Monday, November 20, 2017, after activists of the Bharatiya Janata Party (BJP) allegedly attempted to gag an Imphal daily. Reportedly, the newspaper ‘Poknapham’ recently published a column where it called Prime Minister Narendra Modi a “cow thief”. Furious over the statement, BJP Yuva Morcha activists allegedly burned copies of the newspaper in front of their office on Saturday.

Editor of Sangai Express stated, “The editorial column has been left blank today in protest against burning of an Imphal-based newspaper by BJP youth wing.” Following the incident, the Manipur Editors’ Guild decided to run blank editorials for all newspapers. President of Editors’ Guild Manipur A. Mobi stated that members of the political party should have rather gone to court than taking such a step. 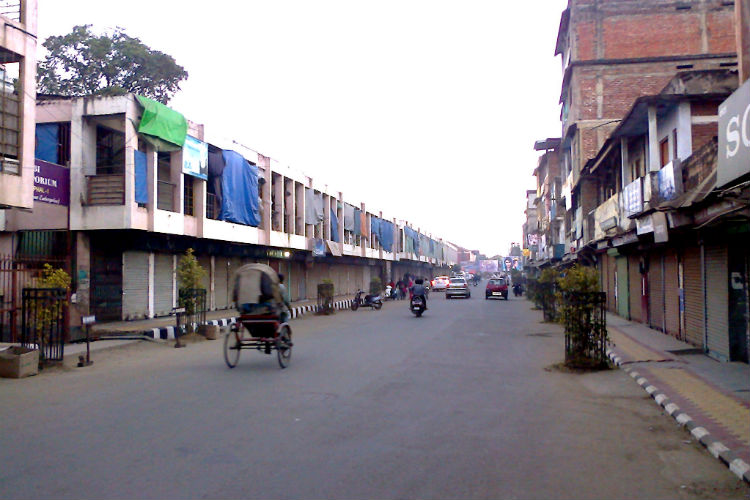 W. Shyamjai, the President of All Manipur Working Journalists Union (AMWJU), criticised the incident saying that the “act of burning the paper amounts to promulgation of mob culture.” He added, “If the parties involved are unable to settle the matter at the level of AMWJU, they can approach the court.”

While the identity or affiliation of the miscreants remains unclear, local journalists are convinced the incident is retaliation from BJP youth wing. Allegedly, members of the political party took offence to ‘Poknapham’ calling PM Modi a “cow thief” in their ‘Vox Populi’ column. Recently, a video shared on social media went viral which claimed to be videographic evidence of BJP activists burning the Imphal daily.

A BJP official commented on the incident saying, “The content which appeared in the ‘Vox Populi’ column of the daily is being considered derogatory against the Prime Minister.” However, the official failed to confirm if the newspapers burned by members of his party were copies of ‘Poknapham’.