A verified Pakistan-based handle was suspended by Twitter after it misused a photo of a Delhi University student. Kawalpreet Kaur, a DU student and a leader of All India Students’ Association (AISA) had put up a photo on her Facebook account in July during the ‘Not In My Name’ protests holding a placard with Jama Masjid in the backdrop. One of the Twitter handle, Pakistan Defence (@defencepak) used Kawalpreet’s photo and photoshopped the text on the placard.

The account of @defencepk has been suspended by twitter for posting my unverified & morphed pictures. Grateful to all who reported it in large numbers. The message of the picture shouldn’t be lost in these dark times. No nation wants lynchings & killings. Only bigots wants hate.

I am Pakistani and appreciate the suspension of this account. Hate mongers should not be allowed to operate no matter where they belong to and what their religion is

The Pakistan-based Twitter account had posted a morphed photo of Kawalpreet with a placard, which read “I am an Indian but I hate India, because India is a colonial entity that has occupied nations such as Nagas, Kashmiris, Manipuris, Hyderabad, Junagadh, Sikkim, Mizoram, Goa,” and the description on the tweet read ” Indians are finally realising the truth, their country is a colonial entity.” Had Kawalpreet not noticed it and reported it, it would have gone viral soon. 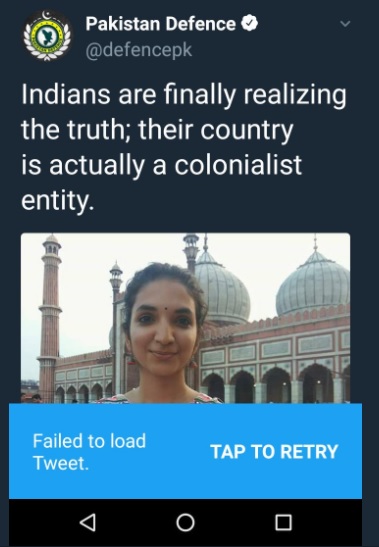 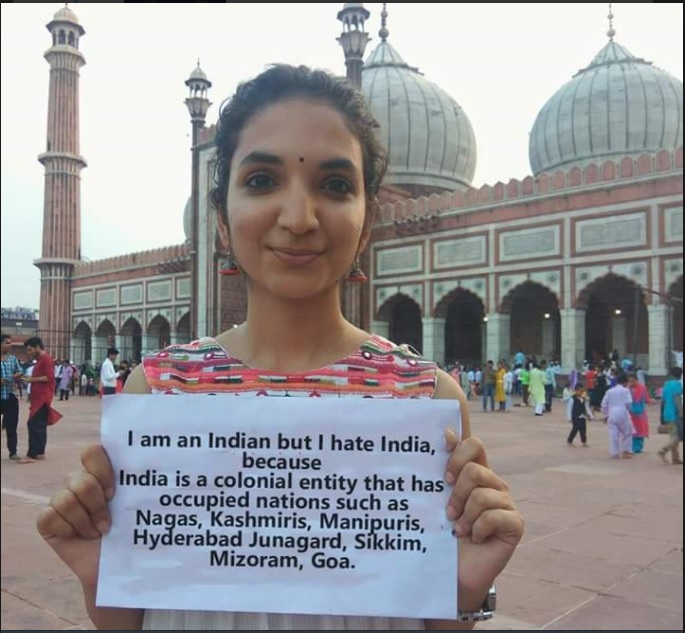 However, the actual text read, “I am a citizen of India and I stand with the secular values of our Constitution. I will write against communal mob lynching of Muslims in our country. #Citizens against mob lynching.” 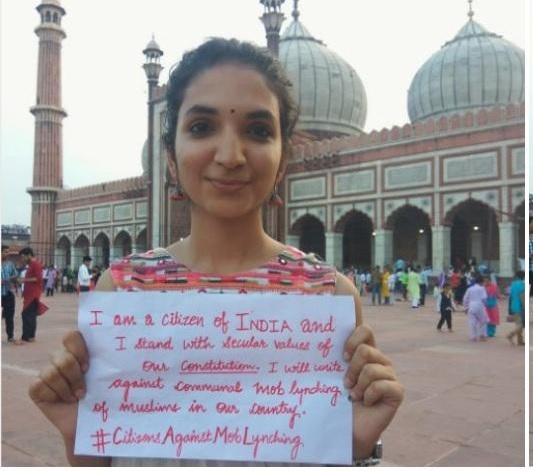 Kawalpreet Kaur told the Indian Express, “I had used this photo as my profile picture on Facebook… So maybe that is how someone downloaded it and used it against me. This isn’t the first time the photo has been misused. Earlier, too, I had complained to the Delhi Police cyber cell, but nothing happened against those who had used the picture. But today, it came as a shock since it was shared by a verified account, and despite telling them, the photo was not taken down. It had become a matter of my security.”

The account was reported by many on twitter and has since been suspended to the relief of Kawalpreet and her well-wishers. 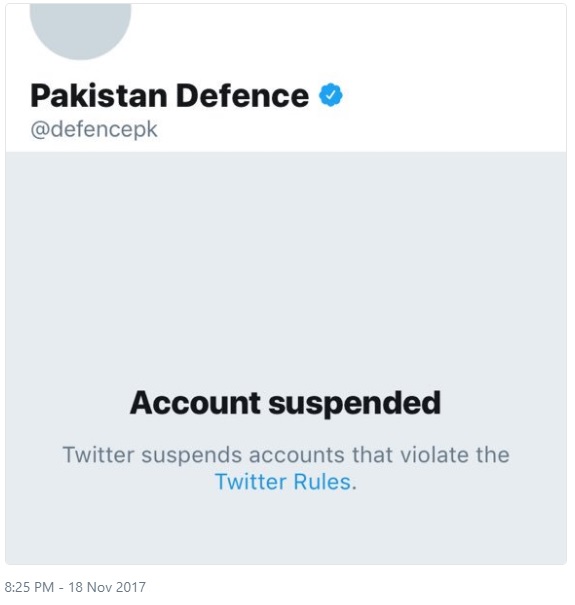 Kawalpreet has further requested not to communalise the issue and use it to spread hatred against Pakistan.

I request media to not communalise & sensationalise this issue to spell hatred against Pakistan. I really appreciate concern but I want to state in clear terms that many of my Pakistani friends & people condemned the misuse of my morphed picture and reported it in large numbers.