While it’s debatable whether our country can afford the current spree of loan waivers that a few politicians have announced, a farmer’s story from Andhra Pradesh is particularly upsetting. For about a week, a farmer, his wife and two children have been walking around Mothkur village of Kurnool district with bowls in hand, asking for alms.

The farmer, Manyam Venkateswarulu or Raju, alleges that a local revenue official had taken away the ownership papers of his land and had also asked for a bribe if he wanted to get his documents back. “Please donate so that I can pay the bribe. If you pay up, you can get any work done. I can’t, so I lost my land. The last two years, I have been struggling,” 35-year-old Raju told NDTV. 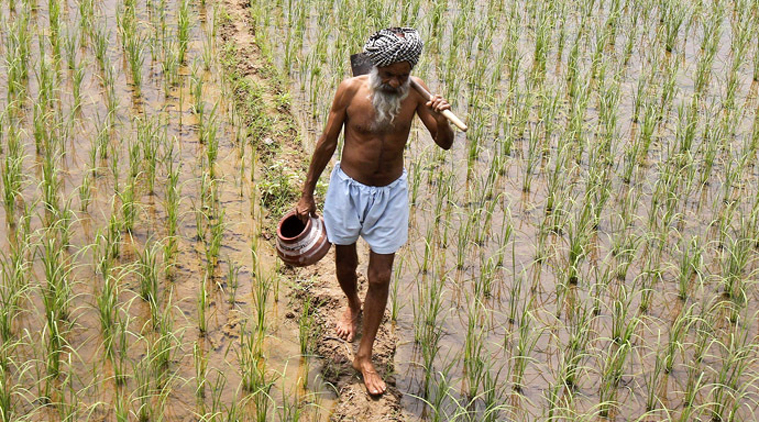 Image used for representational puprose only. Credit: The Indian Express

Raju’s family is apparently on a hunger strike and has gone to marketplaces carrying placards and banners in Telugu, which say that they can’t afford to bribe the official in order to get the papers back. The farmer’s 22-acre land in Kurnool district was taken over by a relative, who had bribed a local revenue official.

However, Kurnool’s district authorities claim that the farmer’s allegations have no merit and asked the cops to charge him with “defaming” the department. They claimed that the farmer should approach the court in case there is a land dispute in his family.