Two days after an assassination attempt was made on Jawaharlal Nehru University scholar and activist Umar Khalid, two men have now claimed responsibility for the attack. In a Facebook video uploaded on Wednesday with the caption Deshdrohi Umar Khalid par hamla, zyaada se zyaada share kare (Attack on anti-national Umar Khalid, share it widely), the two are seen bragging about orchestrating the attack. In the video, the two are mouthing expletives against Khalid and are saying that they attacked him for the ‘nation’s cause’. 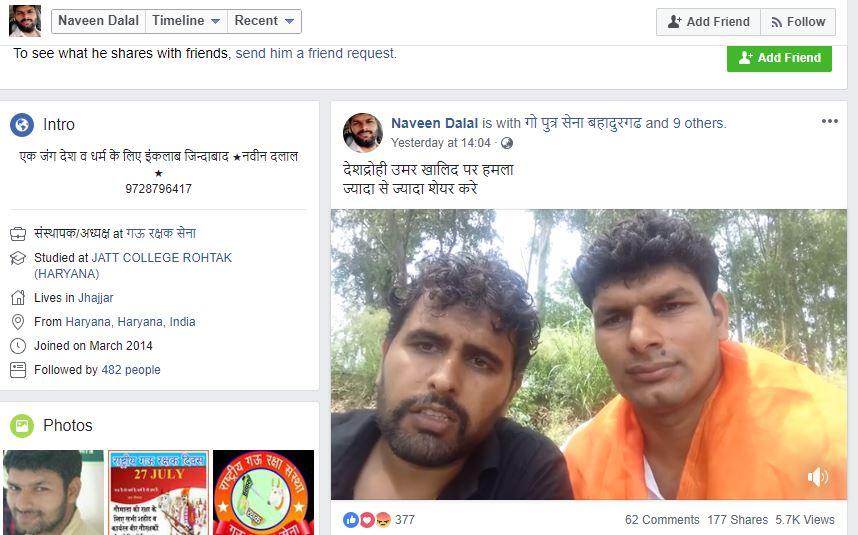 “We do not care even if we lose our lives for this,” the duo said.

Both the men identify themselves as Gau Rakshak (cow vigilantes) on their respective profiles. They also said that they take full responsibility for the attack and are planning to surrender on August 17 in Sarabha village in Punjab’s Ludhiana district. The village is the birthplace of Kartar Singh Sarabha, a Sikh revolutionary who died in 1915.

Khalid was attacked outside Constitution Club on August 13 where he was supposed to attend an event. As per the photograph of the accused which was retrieved from the CCTV footage, the attacker looks similar to one of the two youths who has uploaded the Facebook video.

Khalid took to Twitter and blamed a section of media channels for instigating the attack on him. 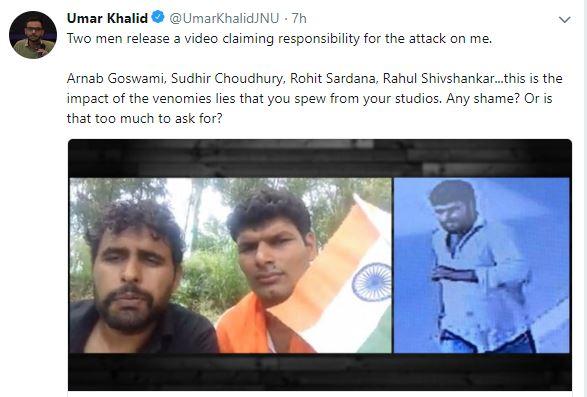 The person who attacked me (on the right) with Editor in Chief of Sudarshan News, Suresh Chavhanke. No further comments!!! pic.twitter.com/IfQBwLNcwA

Police authorities are yet to confirm whether the two are actually behind the attack. On Wednesday, they also recorded the statement of Khalid and the other eyewitnesses.