Nearly three months after her abduction, chilling details of horrific rape and murder of an eight-year-old girl in Jammu have come in the public domain.

According to a report in The Indian Express, the eight-year-old victim, who belonged to Muslim Bakerwal community, was raped thrice inside the Devasthan or prayer hall in Jammu’s Kathua region. When the attempts to kill her by strangulation failed, she was hit on the head twice with a stone to ensure she’s dead. One of the alleged rapists was invited from Meerut in Uttar Pradesh to “satisfy his lust.” Moments before her death, one of the eight accused in the case, a police personnel, wanted to rape her one last time. He did it. During all this time, the girl was continuously sedated with drugs to keep her confined. 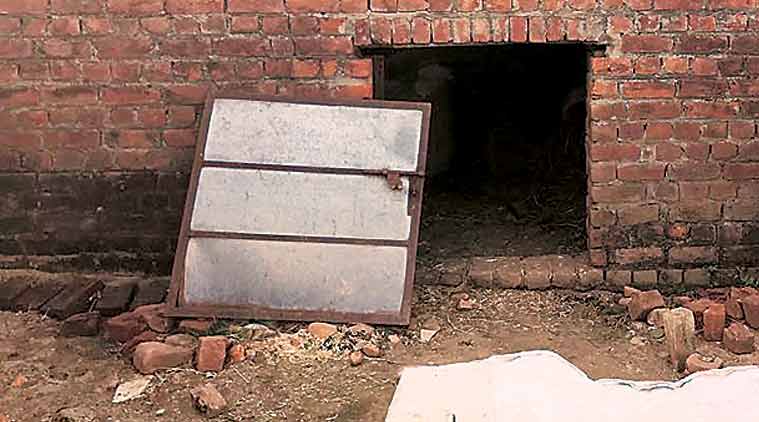 The eight-year-old victim, who belonged to Muslim Bakerwal community, was raped thrice inside the Devasthan or prayer hall in Jammu’s Kathua region | Source: The Indian Express

These chilling details form the 18-page chargesheet filed on Monday by J&K Police’s Crime Branch – amidst protests by lawyers who support the accused –  against the eight accused in the rape and murder of the girl who went missing from near her house in Rasana village of Kathua region on January 10. The victim’s mutilated body was found seven days later in the forests nearby.

The horrific episode’s objective was to “dislodge” nomad Muslim Bakerwal from Rasana village in Kathua. Over the years, Jammu has witnessed a spate of incidents where local Hindus, supported by some BJP ministers, have targeted Muslim Bakerwals and their property. In this case, two BJP ministers of ruling PDP-BJP coalition government – Lal Singh and Chander Prakash Ganga – have openly rallied behind the accused.

Here are some of the harrowing details of the rape and murder compiled in the chargesheet of J&K police. 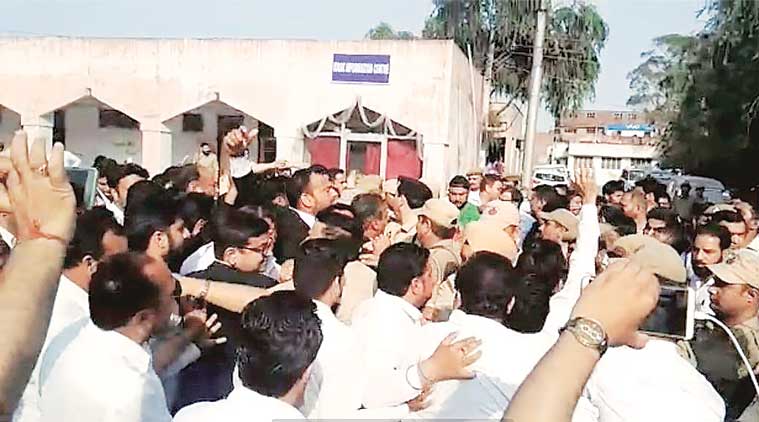 Lawyers supporting the rape accused protesting against the chargesheet filed by J&K Police on Monday | Source: The Indian Express 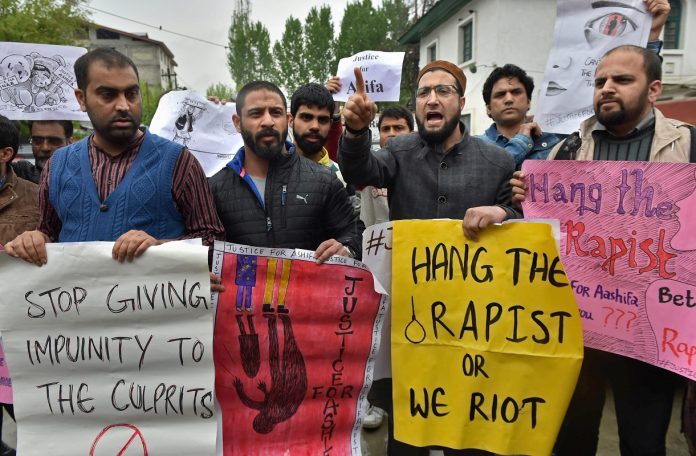