The newspaper had announced that it was temporarily suspending operations in 2008. National Herald also ran into controversy after it was alleged that the Congress party gave interest-free loans to Associated Journals Limited (AJL), the company which published the newspaper. As per reports, AJL had made no efforts of repaying loans to All India Congress Committee.

Congress President Sonia Gandhi and her son Rahul Gandhi is currently facing legal trouble due to the newspaper after a petition claimed that they had set up a company called, Young India to buy the AJL’s debts and acquiring property they are not supposed to. 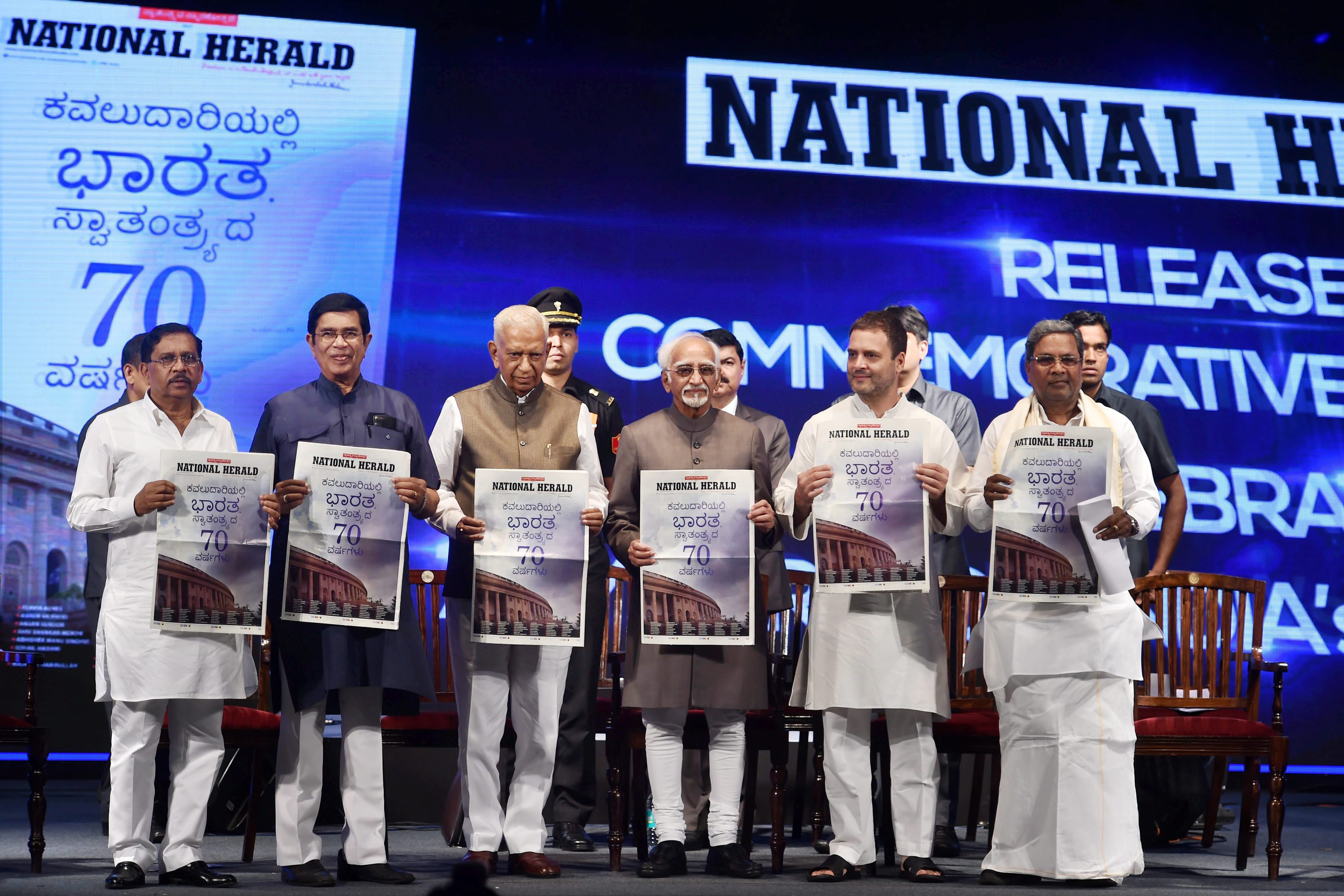 In the backdrop of the launch of the newspaper, the Indian National Congress (INC) has come up with a short clip where they have gone ahead and asked people what freedom means to them. You can also see Rahul Gandhi and former JNUSU President Kanhaiya Kumar.

When asked what freedom means to them, one of them replied,”Freedom that does not curb anyone else’s freedom.” “What you eat, What you wear,” said another. 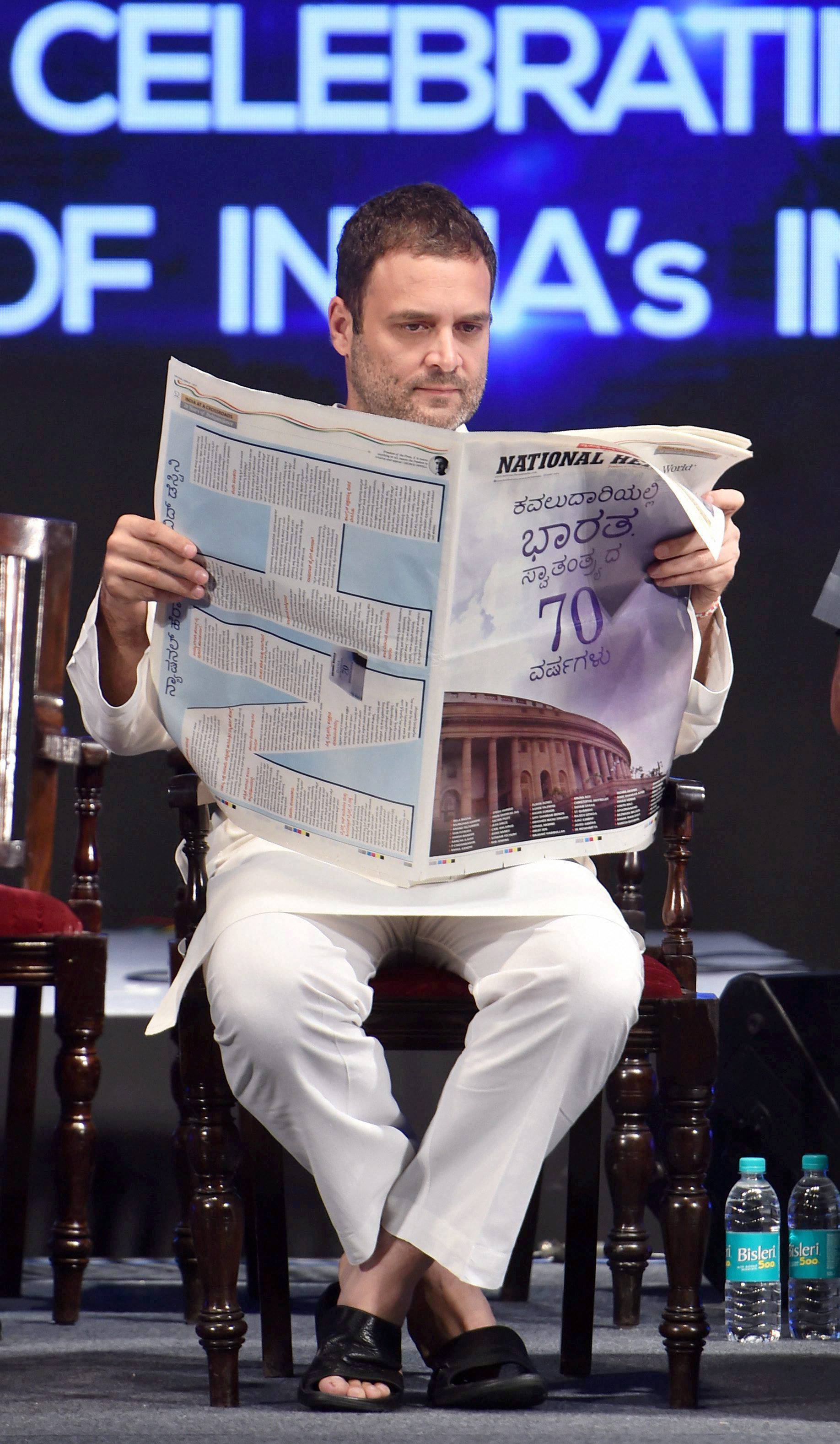 Bengaluru : Congress Vice President Rahul Gandhi goes through the pages of National Herald newspaper during the launch of its commemorative edition in Bengaluru on Monday. PTI Photo by Shailendra Bhojak

“Efforts are being made to convert democracy into mobocracy,” Kanhaiya Kumar said. “By creating an atmosphere of violence and hatred in India, which will then require the destruction of the idea of one man one fort,” Rahul Gandhi said.

While speaking at the launch of the event Rahul Gandhi asserted that the ruling government led by the Bharatiya Janata Party is forcing everyone into “silence”. “Power of truth” has been replaced by the “truth of power”. Anybody who tries to stand for truth is pushed aside. The government is forcing everyone into silence.” Gandhi said adding that National Herald should only speak the truth.