‘Dancing Uncle’, Sanjeev Shrivastav waltzed his way into our hearts with his killer moves, but would he be able to mobilise the youth to take part in the electoral process? The professor of a Bhopal University will soon be seen in public encouraging young people to cast their votes on November 28.

“The district election commission is planning to organise some stage shows to spread awareness on voting. We also made a short ad-film. The elections are only a month away and we will start the campaign to encourage people to vote within a couple of days,” Sanjeev told The Times of India. 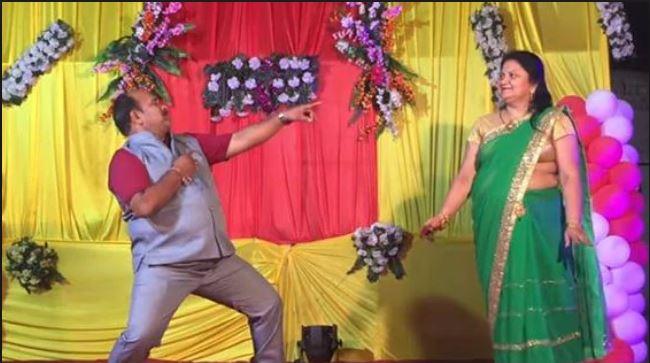 Although a Hindi daily had reported that the much-loved professor may be supporting the ruling party, after he was reportedly seen performing at a BJP leader’s party, but he disassociated himself from such rumours. “My duty is to encourage people to vote. I am not trying to influence people’s opinions. The district election office of Vidisha has told me that I am still the icon and they have not removed me,” he said.

Following his newfound stardom on the Internet, Shrivastav was appointed the brand ambassador by Vidisha Municipal Corporation. The 46-year-old is an electronics professor whose dancing video on Govinda’s ‘Aap Ke Aa Jane Se’ from the 1987 film Khudgarz, made him social media’s darling.

“This is an unreal feeling. I can’t believe my dance video has gone viral. I think everyone for the love and support. I have been dancing since 1982 and my idol is Govindaji,” Shrivastav told the daily.