The University Grant Commission has ordered as many as 123 deemed-to-be universities to refrain from using the word ‘university’ in their name. Instead, the institutes may use the phrase “Deemed to be University” within parenthesis.

Among the list of institutions that received the UGC letter are Delhi-based Indian Agricultural Research Institute (Pusa), Indian Institute of Foreign Trade, Institute of Liver and Biliary Sciences and Jamia Hamdard. 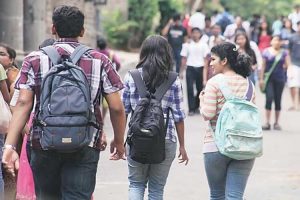 The SC order directs the heads of these institutes to “restrain from using the word ‘university’ within one month. Institutes that do not comply with the order will face action under the UGC (Institutions Deemed to be Universities) Regulations, 2016.