A tribal man was lynched and another got injured after a mob suspected them to be robbers in Gujarat’s Dahod. The incident happened in Kali Mahudi village in Jhalod on Saturday when Ajmal Mohaniya was beaten to death by a mob of 100 villagers. Bharu Mathur Palas, who was accompanying him, suffered injuries and is now undergoing treatment at a hospital.

According to a report by PTI, the duo was recently released from Dahod sub-jail after they had served sentences in different criminal cases. The villagers somehow spotted their movement and suspected that they might have come for robbery. Armed with sharp wielding weapons, the 100-strong mob attacked the two, leading to Mohaniya’s death. When police arrived, Mohaniya was already dead while Mathur was immediately rushed to the hospital.

An FIR has been filed on basis of a complaint lodged by Mathur against 100 persons. No arrests have been made so far. 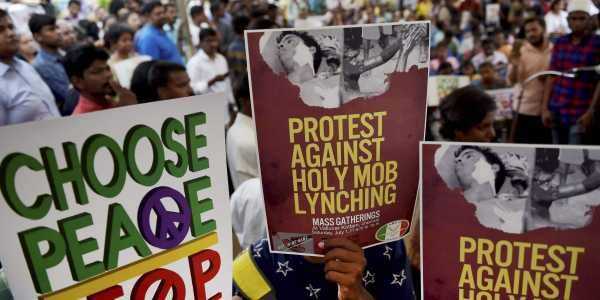 Meanwhile, the villagers claimed that the victims were a part of a gang of 20 people who had entered their village with the intention to rob. When the villagers chased them, all of them managed to escape except Mohaniya and Mathur who were later caught and thrashed, reports The Indian Express.

The incident comes days after Rakbar Khan, a Muslim man in Alwar, Rajasthan was attacked on the allegations of cattle smuggling while he was transporting cows. Initial reports suggested that he died after being attacked by cow vigilantes. However, many reports said that there were glaring lapses on the part of police as it took more than three hours to take the victim to the medical centre which was hardly 4 km away.

Owing to the growing number of incidents in the country where violent mobs took the law into their own hands, the Supreme Court recently asked the Centre to draft a separate law to tackle such cases.