Last year, around 34 lakh tourists, visited Shimla, the city which was once known as the ‘Summer Capital of British India’. But this year, the city may witness a comparatively lower footfall during the ‘peak season’, thanks to the ongoing water crisis. Shimla, which is arguably one of the most sought-after hill stations in the country, is facing an acute shortage of water.

For the past one week, taps have run dry in the city and water is being supplied through tankers. The city’s daily water supply has fallen to 22 MLD (million litres/day) as against to its requirement which is 42 MLD. Angry citizens have hit the streets demanding the authorities to take necessary measures. Some areas also witnessed protests and slogans were raised outside chief minister Jai Ram Thakur’s house on Tuesday. Even on social media, many are asking tourists to ‘stay away from Shimla’ so that the city-dwellers don’t end up suffering. 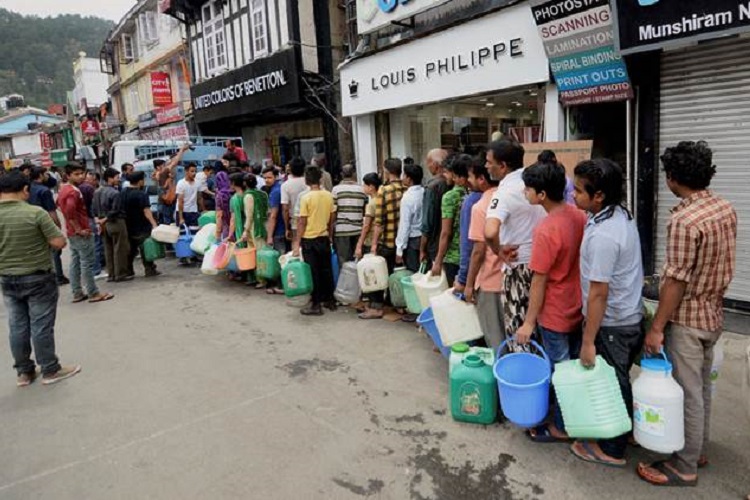 Shimla: People stand in a queue to collect water from a tanker, as the city faces acute shortage of drinking water, at famous MallRoad, in Shimla on Sunday. (PTI Photo)

‘Are tourists to be blamed?’

The distributaries, Gumma, Giri, Ashwini Khad, Churat and Seog, the major sources from where the city draws its water, have run dry.

“80 percent of the natural water sources in and around Shimla have gone dry. This happens every year during summers which is the peak tourist season. It happens every year though it is being highlighted this year,” Neeraj Gupta from Incredible Himachal, an NGO working for the environment and water resource management.

The increase in the influx of tourists every year is a major cause of lack of adequate water. However, he cautioned against any move to block their entry.

“I don’t think restricting tourists would be an appropriate thing to do because each tourist who comes to the city, contributes to the local’s income at every step. We should rather focus on spreading awareness about water scarcity on an aggressive level,” he said.

“We should request tourists to restrict their water consumption. Even if they reduce it by 40 percent, it will certainly help,” he added. 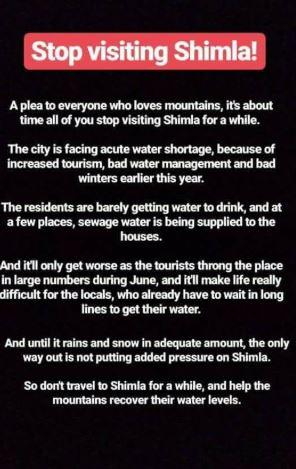 A tweet which is doing the rounds on social media

Prakarm Chand, a local journalist blames the mismanagement on the part of authorities. “This happens every year and is nothing new. Why didn’t the government take necessary steps well in advance,” he said.

He also questioned why the focus is just on Shimla. “Even the nearby villages are acute facing problems. But everyone just cares about Shimla because it has VIPs and tourists,” he said.

But water crisis isn’t restricted to just the city as the entire state is facing a water crisis.

Tarun Kumar, Additional Chief Secretary, Department of Environment, Himachal Pradesh explained the cause of inadequate natural water reserves. “This year, hydropower generation has been less compared to previous years. Snow melting also has been slow which is the reason why rivers don’t have much water. Nothing much can be said about this because it isn’t in a fixed pattern,” he told InUth.

But he maintained that what is alarming is the melting of glaciers. “Glaciers are an important source of water for rivers. They are depleting because of global warming and that is a reason to worry,” he said. 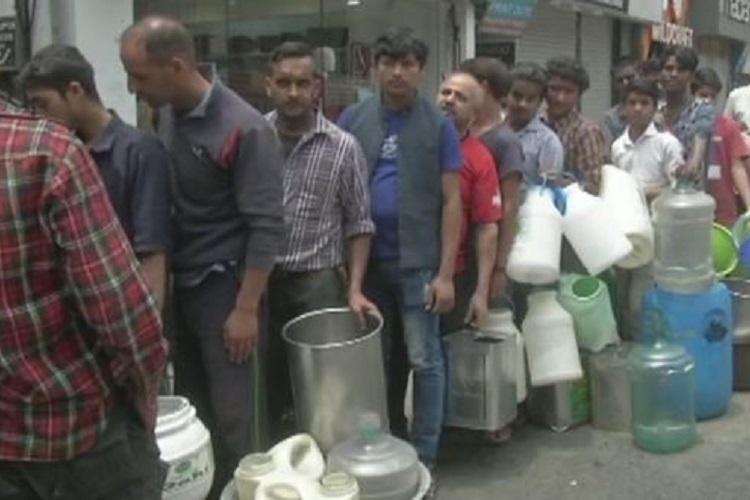 However, Mahender Singh Thakur, Irrigation and Public Health (IPH) minister said that all steps are being taken to tackle the crisis and the situation will be fixed in a day or two. “We are sending tankers to all the affected areas. At Gumma, from where the water is pumped and sent to the city, we have fixed time specific time slots. The local farmers will be given water supply for nine hours while the IPH department will get the remaining 15 hours,” he told InUth.

The minister also brushed aside all the negative campaign against tourists that is doing the rounds on social media. “All this is nonsense. Tourists are more than welcome to visit Shimla,” he said.