In the middle of its most crowded holiday season, Shimla is going through an acute water shortage. The taps have been running dry for eight days now, forcing people to purchase water at exorbitant rates and small hotels have been forced to cancel bookings, reports Hindustan Times.

On Monday, nearly a hundred people came out on the popular Mall Road to stage a midnight protest outside the waterworks office. The police stopped them from going towards the residence of chief minister Jai Ram Thakur, who had constituted a meeting on Monday to monitor the city’s water supply.

Admitting to the shortage, the CM said “It’s because the feed sources/ rivers/ streams have gone dry. I have held two or three review meetings. The situation is being handled. The areas where the supply is not reaching are being fed by tankers. There is no cause of panic as we are alive to the situation.” 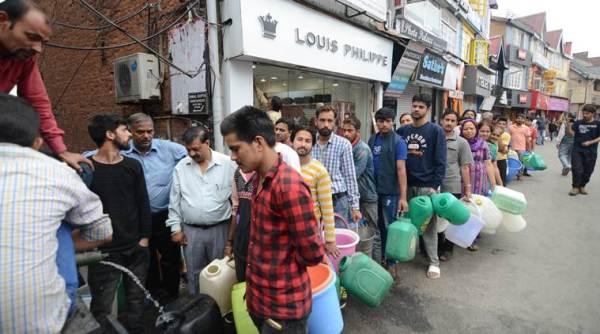 People were forced to purchase water at exorbitant rates and small hotels have been forced to cancel bookings. Courtesy: The Indian Express

Several places such as universities, hospitals, both private and government schools and hostels have been affected in what is being known as the worst ever crisis in Shimla’s history. According to The Indian Express, the residents were forced to fetch water from the local cremation ground on the bypass road in Sanjauli and the Boilioe ganj area went without water on the seventh day.

Inder Singh, a Congress councillor, who was also standing in the queue to get drinking water, said, “There is no drop of water for past six days. Despite being a Sunday, people spent hours in fetching water. I will tender my resignation in protest if the situation doesn’t change.” 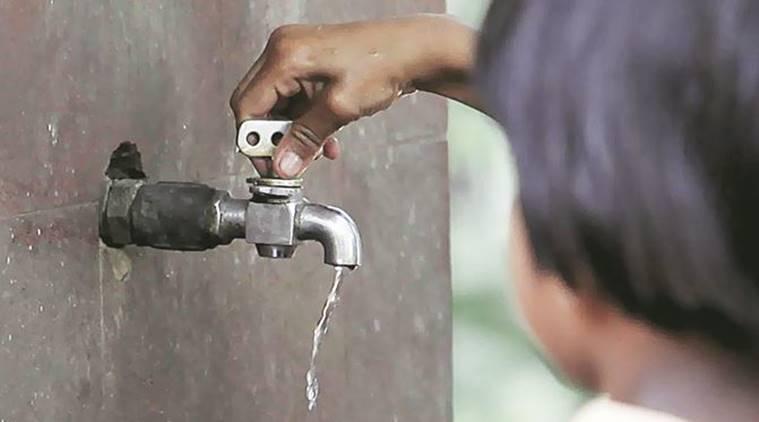 Image for representational purpose only. Credit: The Indian Express

The immense water shortage also led the high court to reconsider any new construction activities in the city. A division bench of acting Chief Justice Sanjay Karol and Justice Ajay Mohan Goel said that the water had to be pumped out from distant sources because of the lack of the city’s own perennial source. “Whether the present holding capacity is sufficient to cater to the ever-growing urban population or not, is an issue which certainly needs to be addressed,” it said. The court also questioned the municipal commissioner and the chief engineer of the city on the steps being taken to tackle the crisis.

The hotel industry was hit the hardest in one of the most popular vacation spots in the country. Many hotels have been taking cancellation calls and others have put notices asking guests to use minimum water. The overall footfall has also come down by 50 per cent despite it being weekend.