India is considered one of the most dangerous places to drive in the world with over 1.5 lakh road fatalities according to a WHO report. To discourage motorists from flouting traffic rules, Hyderabad Traffic Police has come up with a unique incentive — free movie tickets.

The traffic police conducted usual random checks by stopping vehicles on August 27. If the drivers were found not to have any pending traffic challans for their vehicles, they were handed out movie ticket coupons. The coupons were issued by PVR Cinemas and can be redeemed within 90 days of issuing.

“There’s a common complaint that we are only aiming at penalising the motorists. But they don’t understand the intent behind it. We are not here to make money, but to discourage them from violating rules. Through this initiative, we want to say that we don’t just penalise them for violating the rules, but also reward them for being a good motorist.” 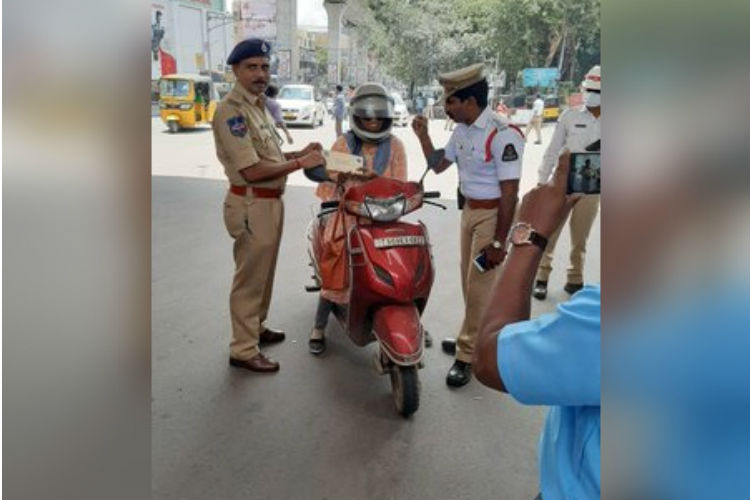 Earlier this year, Delhi’s head constable Sandeep Shahi came up with the idea of flashing a mirror to violators to make them think about putting themselves in danger. He also prepared slides about road safety that he showed to the commuters. He also bought helmets from his own pocket and circulated it to people and spread road safety awareness through rap songs.

Hyderabad’s A Nagamallu, a traffic police personnel, composes songs based on social evils and crimes and posts them on social media platforms, including Facebook and YouTube. He has been reportedly singing songs in Telugu since 2012, with the song on fake news being among the most viewed. Mumbai Traffic Police, on the other hand, joined hands with popular channels like The Viral Fever to raise awareness around the dangers of triple riding on a two-wheeler. 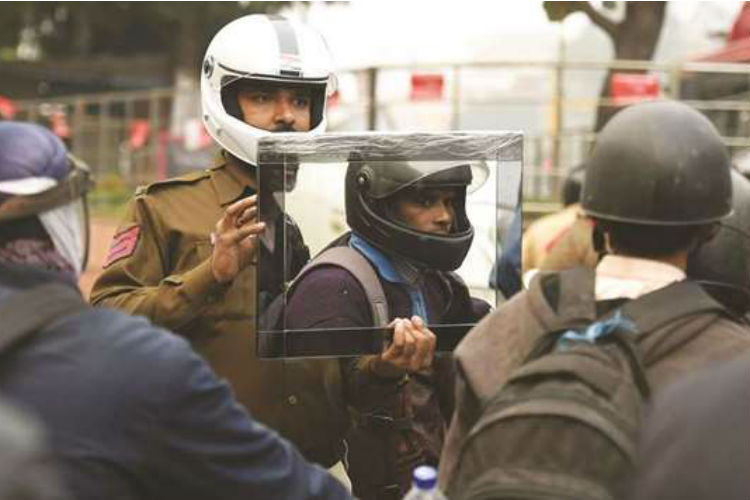 Many cities across the country are seeing a rise in traffic violations. In Chandigarh, challans for dangerous driving went up 12 times as compared to the previous year. In Noida, the traffic police saw a 300% rise in traffic fine payments till February 2019, according to e-challan data. As per an RTI filing, Mumbai Traffic Police collected record fines totalling nearly Rs 139 crore in 2018 for violation of traffic rules — around 16 times higher than that of 2017. While in Hyderabad, a traffic offender was caught with 57 challans amounting to over Rs 7,600 last month.